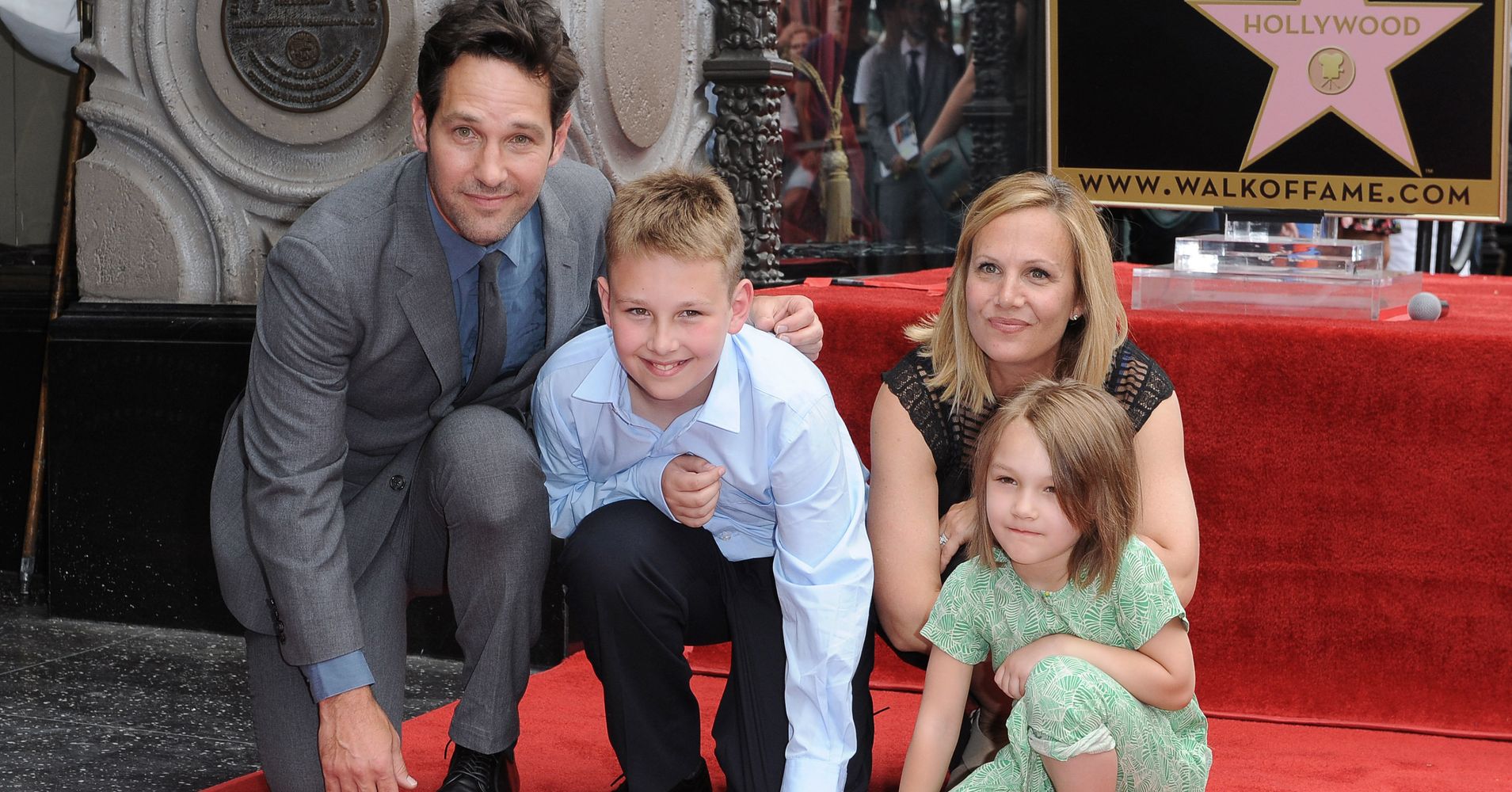 Paul Rudd is familiar with the chaos, confusion and raw emotions of parenthood.

The actor and his wife, Julie Yaeger, have a son, Jack, and daughter, Darby. Over the years, he’s dropped nuggets about his family life in various interviews.

In honor of Rudd’s birthday, we’ve rounded up 11 of his funny and earnest quotes about fatherhood.

On Failing To Impress His Kids

“When I told my son that I was going to be in a superhero movie, he asked what it was. I said, ‘We’ll I’ll be playing Ant-Man.’ He said, ‘What?’ He was not that impressed … What he actually said was ‘wow I can’t wait to see how stupid that’ll be.’”

On How Parenthood Changed Him

“I’ve experienced more profound moments in my life: my dad dying, being a parent. All of a sudden your sensitivity is heightened. I see things on TV like ‘Undercover Boss’ and they knock me to the ground. My kids make fun of me. ‘Oh, Dad’s crying again.’”

“My favorite thing is when they roll their eyes because it’s such a dad joke, but I know they find it funny. They kind of try to fight a smile.”

On Showing His Son His Work

“This is the first film of mine that he’s seen and it makes me proud and nervous at the same time. I took him to the premiere ― he’d never been to a premiere, and that was a very moving experience for me. The best thing about anything is sharing it with your kid. … Well, if I could now get a job playing with the Kansas City Chiefs or Man City, then I’d be really cool to him.”

On Playing The Father Of A Daughter

“As far as my character doing a scene with a girl playing my daughter, it’s not far off. My daughter is a little bit younger but not much. And those kinds of scenes are accessible to me because I’ve been in them, I know what that’s like. And I also ― it’s one of my favorite things because I share that with my own daughter. And she loves it. At first, when she was very young, I used to think, is it going to be weird. When my daughter is old enough, and she sees this movie, that she’s going to see me playing dad to a little girl. And instead, it’s the opposite. I think she really loves it, because I tell her, ‘you know, you’re the real Cassie’ ― and I do little things in the movie that are little things for her.”

On His Main Role In Life

“I don’t come from a family of actors, I didn’t grow up around it and so when I go to Los Angeles for work, or to a premiere, I like it because it feels like I’m just popping in. I identify myself as a parent and a husband way more than somebody who rides around on the back of an ant.”

On Being An Embarrassing Dad

“Oh, I’m still the embarrassing dad. My daughter is 8 and thinks I’m the bee’s knees. My son is 13 and doesn’t even want me going to his school. I make jokes to a series of eye rolls.”

On His Job’s Influence On His Home Life

“[M]y son when he was about 3 was going through that phase where he didn’t want my wife and I to talk to each other. And whenever we would just be at home and we were talking to each other, he would say, ‘Don’t talk.’ And I remember saying to him, ‘Your mom and I are going to talk. We just are.’ And he goes, ‘No, I don’t want you to.’ And I said, ‘Well tough, you’re just going to have to get used to it. It’s good that Mommy and Daddy talk.’ And so then, we would continue the conversation, and he would just say, ‘No, stop talking. Stop talking.’ We kept talking. He kept saying stop talking. We kept talking. And finally, he yelled, ‘Action.’ And we looked at him, and he said, ‘When I yell “action,” you’re not allowed to talk.’ And I realize he’s been to too many sets that I have been working on. And then I started laughing so hard at that, and then he started laughing, and then he just went, ‘Cut.’”

On Trying To Prepare His Son For College

“When the dean of Princeton was [on set], I wanted her to meet my son, who’s 8. And I was building him up. I was like, ‘I hate myself in this moment.’ … She asked him a question about something, and instead of being rude and just saying nothing, he actually spelled it out. ‘What have you been doing today?’ ‘N-O-T-H-I-N-G.’”

On How To Make Little Kids Laugh

“If I can walk around in my underwear and pull it up super high so it’s just gross-looking and then try and be very serious with them. I like to do that … pretend to be very mad and have my underwear hiked up … really high.”

On His Daughter’s Fandom