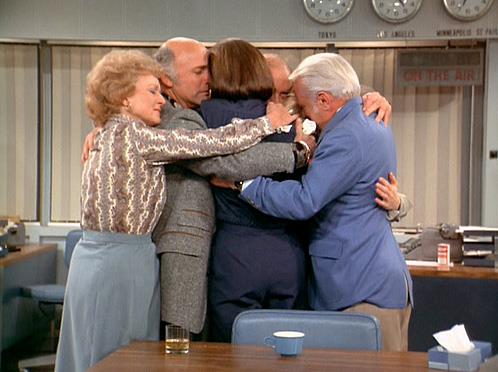 On this day in 1977, the last episode of The Mary Tyler Moore Show aired. The program was considered revolutionary because its main character, Mary Richards, a single woman, was living alone by choice, not because she was widowed or divorced. Mary worked her way up to producer at WJM-TV while the audience enjoyed all the characters in her universe. Mary was the quintessential independent woman of the 1970s. It was clear that while she would like to find a man, she was in control of her life and quite capable on her own. She showed strength yet vulnerability…and spunk, to the disappointment of her boss, Lou Grant.

Mary Tyler Moore and her then-husband, Grant Tinker, established MTM Enterprises, an independent production company, in order to produce this half hour sitcom. MTM Enterprises went on to produce not only spinoff programs from The Mary Tyler Moore Show, but also many of the most successful programs that aired during the 1970s and 1980s including The Bob Newhart Show, Lou Grant and Hill Street Blues. MTM shut down in 1998 with its library becoming part of 20th Century Fox Television.