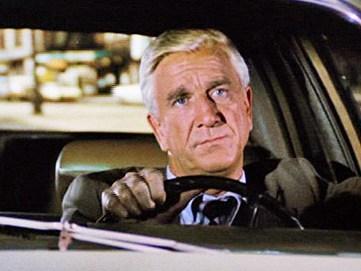 This day in 1982 marked the last telecast of Police Squad!

The series, which was packed with sight gags and comedic wordplay, starred Leslie Nielsen as by-the-book police officer Frank Drebin, who’s generally unaware of the comedic activity erupting around him.

Created by David Zucker, Jim Abrahams and Jerry Zucker — who wrote and directed the feature film Airplane! — the series lasted just six episodes on ABC, but inspired the popular Naked Gun film series, for which Nielsen reprised the role of Drebin.