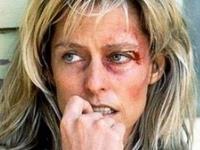 On this day in 1984, NBC aired the TV movie The Burning Bed, based on a true story about battered wife, Francine Hughes, played by Farrah Fawcett. After years of severe abuse at the hands of her husband, and being raped by him one night, Francine set fire to the bed once he was asleep.

The movie recounted the violent relationship from its beginning to the night Francine attempted to save her life and those of her children. Fawcett won critical and public acclaim for her work, revealing a depth to her acting ability she’d never shown before. The movie was nominated for eight Emmys, including one for Fawcett (Outstanding Lead Actress in a Limited Series or a Special) and also won the Television Critics Award for Outstanding Achievement in Specials.

On this day in 1996, HBO debuted The Late Shift, a telefilm based on the book by New York...

A camp unlike any other. That’s what viewers will witness when they tune in to Camp...

On this day in 1983, 97 PBS stations across the country broadcast television’s first...

The came, they saw, they laughed, they made us laugh…they had the time of their lives....