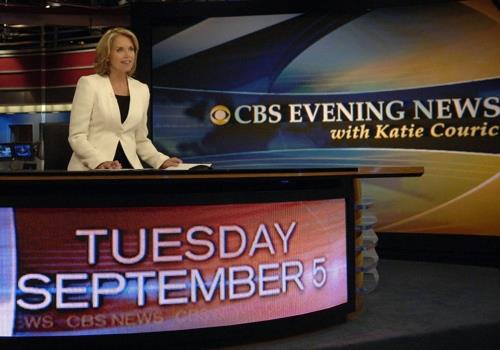 On this date in 2006, Katie Couric made her debut as anchor and managing editor of the CBS Evening News with Katie Couric. With her debut, Couric became the first female solo anchor of a weekday network evening news broadcast.

The broadcast headed by Couric won many awards but wasn’t the ratings winner CBS had hoped. Couric announced her plan to leave the anchor chair, later admitting in various interviews that the atmosphere at CBS never really dovetailed with her personality.

To trace this NBC franchise to its beginnings, you have to go all the way back to Cafe Television,...

On this day in 1960, an estimated 70 million Americans tuned in to watch Senator John F....

The world may currently feel burnt, dry, and soggy-bottomed, but bakers, the tent...