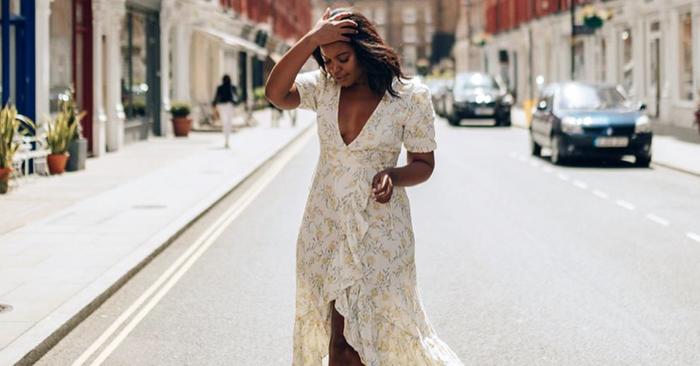 You’d be forgiven for thinking that floral prints have become somewhat stagnant. After all, much like the real thing, they bloom right on queue at the start of the summer season and seem to be everywhere you look for the five or so months that follow.

That said, over the last few years we’ve seen them take a bit of a backseat on the runway, allowing other motifs such as polkadot and animal to come into their own. Now though, it’s evident florals have made a bit of a comeback in 2019—be it ditsy, abstract or painterly.

However, there’s another floral iteration that’s gaining traction—the likes of which we’ve never seen take off on such scale. Everywhere we look right now –the street, the office, Instagram – we keep clocking stylish women wearing floral dresses with white base colours, with pretty little petals layered over the top. Indeed, this isn’t a bulldozing trend—it’s subtle, chic, and probably the genuinely freshest take on florals we’ve seen in a long time.

You’ll find said dresses on the high-street and on the designer circuit alike. Though with so many options to choose from, we took it upon ourselves to unearth the most beautiful examples. Below you’ll find an edit of the best white floral dresses, including those which influencers have invested in.