All the Details on E!’s Live From the Red Carpet: The 2019 Met Gala Coverage

This year, fashion’s big night out is your big night in.

Thanks to E!’s comprehensive multi-platform coverage plan, experiencing the 2019 Met Gala from your couch at home promises to be every bit as thrilling as flying to New York for the real thing. How’s that? The network’s top personalities will be in the Big Apple even if you won’t Monday, May 6, to ensure viewers nationwide won’t miss a beat before, during or after the evening’s highly-anticipated festivities.

Seriously! Tune in Monday afternoon for E!’s Live From the Red Carpet: The 2019 Met Gala special, which kicks off at 5 p.m. ET/2 p.m. PT and is slated to run for an unprecedented four hours on air. Broadcasting live from 30 Rock in the heart of midtown Manhattan, the action-packed program will see a motley crew of fashion-savvy folks running the show. Joining E! News co-host Giuliana Rancic and celebrity stylist Brad Goreski at the forefront will be E! style correspondent Zanna Roberts Rassi as well as Teen Vogue‘s former EIC Elaine Welteroth, who reality TV enthusiasts might recognize from Bravo’s Project Runway. 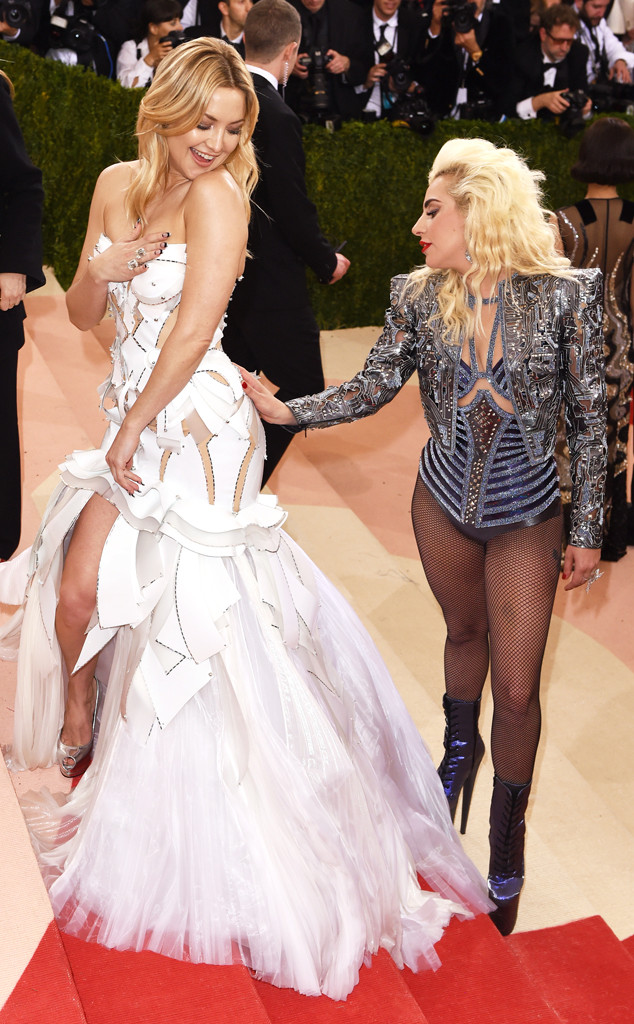 Over the course of the evening, the team will provide audiences with real-time updates from and about the Met Gala’s star-studded guest list. And since the network is expanding its coverage this year, viewers are in for more content than ever before. Pre-show commentary? Check. Enthusiastic style analysis? You got it. An insiders’ peek at the red carpet itself? Of course!

And it’s safe to say they’ll be dressed to the nines. This year’s Met Gala theme—Camp: Notes on Fashion—promises creativity, extravagance and edge. So, if you’re dying to see how celebs like Kerry Washington, Jennifer Lopez, Chadwick Boseman and Zendaya end up incorporating the “camp” theme into their respective outfits, stick with us!

In addition to the special LRC show, E! Stream: The Met Gala will return with The Rundown host Erin Lim and Daily Pop co-host Justin Sylvester as well as actor and pop culture personality Frankie Grande. Fans can head over to @ENews’ Twitter, the E! News app and eonline.com starting at 7 p.m. ET/4 p.m. PT for their in-depth look at the evening’s red carpet ensembles and exclusive behind-the-scenes intel.

E!’s Met Gala conversation won’t stop there. Daily Pop co-hosts Carissa Culiner and Morgan Stewart will help Justin kickstart the recap chatter Tuesday, May 7, at 12:00 p.m. with some thoughts on the evening’s most memorable fashion moments. Meanwhile, check out Melanie Bromley and Will Marfuggi on Live From E! at 2 p.m. ET/11 a.m. PT, where they’ll give you the low-down on those Met Gala highlights people just can’t seem to stop talking about the morning after (Live From E! will be available to watch via Facebook Live and eonline.com).

Finally, Giuliana will return to E! News with co-host Jason Kennedy at 7 p.m. Tuesday night to catch you up on anything you might’ve missed the night before. They’ll also present viewers with more behind-the-scenes footage of Met Gala attendees getting ready to walk the iconic museum steps. And that’s certainly not all.

Before the Met Gala Monday evening, E! News will be glamming with Kris Jenner, Nina Dobrev and Winnie Harlow. So, to those wondering how the famed Kardashian mom-ager gets into the zone before a big appearance, look out for her exclusive comments (and a little tutorial from Kim Kardashian‘s hairstylist that’ll have you recreating her Met Gala ‘do in no time) during E! News‘ Tuesday night show.