All the Details on Giuliana Rancic's 2019 Grammys Gown 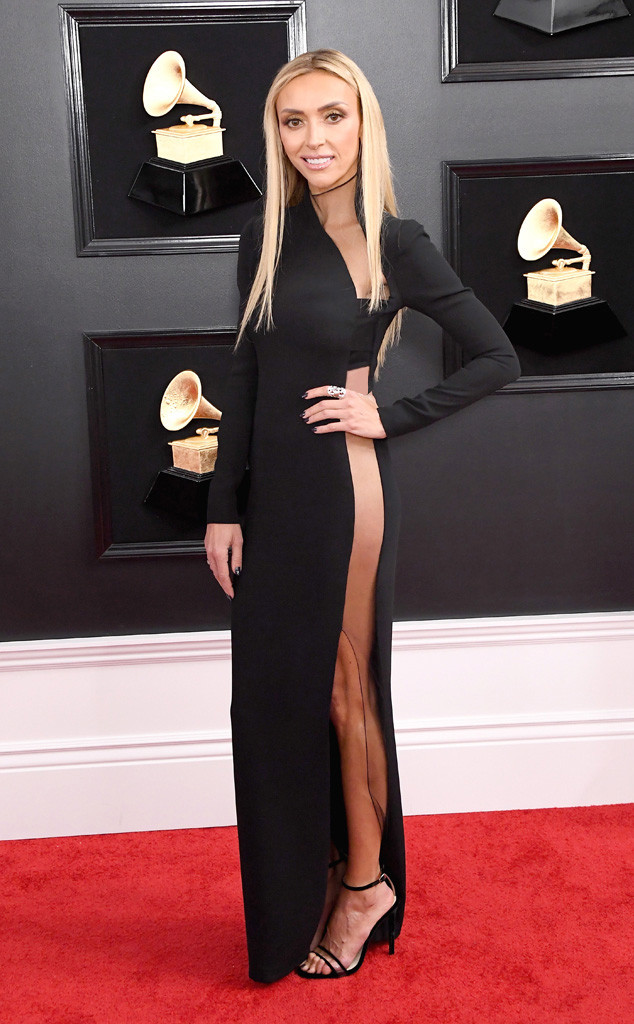 Another red carpet, another A+ look on Giuliana Rancic!

The E! News host hasn’t missed a fashion beat this award season, just take a look at what she’s selected for the 2019 Grammys. For the biggest night in music, Giuliana donned a striking black Tom Ford gown with heels by Alevi Milano.

The dark, long-sleeved dress allowed the E! personality to flaunt her fit frame as it features a see-through slit along the side. According to notable stylist Jenny Rodriguez, she and Giuliana knew they “wanted a sleek, chic look with a bit of an edge” for the major industry event. Thankfully, the search wasn’t too grueling as Rodriguez knew the Tom Ford number was the one from the get-go.

“I knew the minute I took it out of the bag it was going to be the one,” the fashion expert gushed to us exclusively.

It appears Giuliana has been drawn to black ensembles lately as she also recently rocked a little black dress from Nedo by Nedret Taciroglu at the 2019 SAG Awards. LBDs are often a staple on Hollywood red carpets, so why mess with tradition?

To round out the glamorous Grammys ensemble, G wore sparkling earrings by AS29. Oh, and we can’t forget to mention the stunning rings designed by Mattia Cielo and Stefere Jewelry.

With black and gold being a big theme on the red carpet, we aren’t surprised to see that the mother-of-one let the metallic color serve as inspiration for her make-up design. The veteran entertainment journalist teased this fact on her Instagram story earlier today.

While G documented her getting ready process, make-up artist Liz Castellanos noted a “gold crayon” was her “inspo” for Giuliana’s shinning look.

With the 2019 Oscars right around the corner, we’re certainly eager to see what other red carpet looks Giuliana has in store for us. Are you?