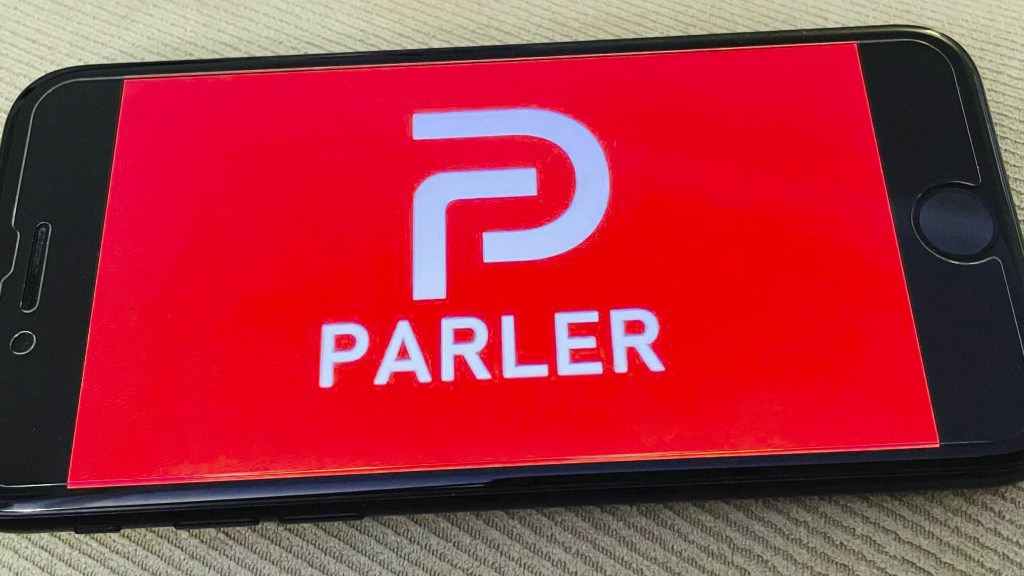 Parler, the far-right social network favored by some Trump supporters, is set to go dark Sunday after Amazon’s AWS division said it is pulling the plug on the service’s hosting account.

Amazon informed Parler, which boasts of taking a hands-off policy to content moderation, of the imminent loss of its web hosting services on Saturday. That came after Apple and Google banned Parler from their respective app stores, also citing Parler’s inaction on policing violent and harmful content. On Friday, Twitter banned Donald Trump permanently while the president’s accounts on other internet services have been suspended indefinitely in the wake of Wednesday’s violent assault on the U.S. Capitol by a pro-Trump mob.

In explaining the decision, Amazon said it found nearly 100 examples of violent threats posted on the far-right social app. News of AWS’s move to drop Parler was first reported by BuzzFeed.

“AWS provides technology and services to customers across the political spectrum, and we continue to respect Parler’s right to determine for itself what content it will allow on its site,” the Amazon notice to Parler said in part. “However, we cannot provide services to a customer that is unable to effectively identify and remove content that encourages or incites violence against others. Because Parler cannot comply with our terms of service and poses a very real risk to public safety, we plan to suspend Parler’s account effective Sunday, January 10th, at 11:59 PM PST.”

Parler CEO John Matze — who briefly worked at Amazon’s AWS division in 2017 as a software engineer, according to his LinkedIn profile — confirmed that Amazon told his company they are shutting off its hosting services.

“Sunday (tomorrow) at midnight Amazon will be shutting off all of our servers in an attempt to completely remove free speech off the internet,” Matze wrote in a Saturday evening post on Parler.

Parler may be unavailable “for up to a week as we rebuild from scratch,” he wrote, adding, “We prepared for events like this by never relying on amazons proprietary infrastructure and building bare metal products.” Matze also alleged that the actions taken against Parler are a “coordinated attack by the tech giants to kill competition in the marketplace.”

In an earlier post, Matze wrote, “Do my former co-workers at AWS realize calls to violence are against our TOS [terms of service]… What are you trying to accomplish? Right now people are suppose[d] to come together, calls to cancel people and remove free speech will radicalize people more.”

According to the AWS notice to Parler, posts on the app that “clearly encourage and incite violence” included references to executions by firing squad as well as comments encouraging users to bring weapons to president-elect Joe Biden’s inauguration on Jan. 20.

Fox Picks Up Canadian Legal Drama ‘Diggstown’ From Entertainment One

Fox has picked up Canadian legal drama “Diggstown” from Entertainment One. Created by...

Keira Knightley Reveals Discomfort of Male Gaze: ‘I’d Just Rather Not Stand In Front Of A Group Of Men Naked’

Larry King, the broadcast legend who died Saturday at the age of 87, deserves more credit...

Add “A Quiet Place Part II” to the growing list of 2021 films that have already been delayed...