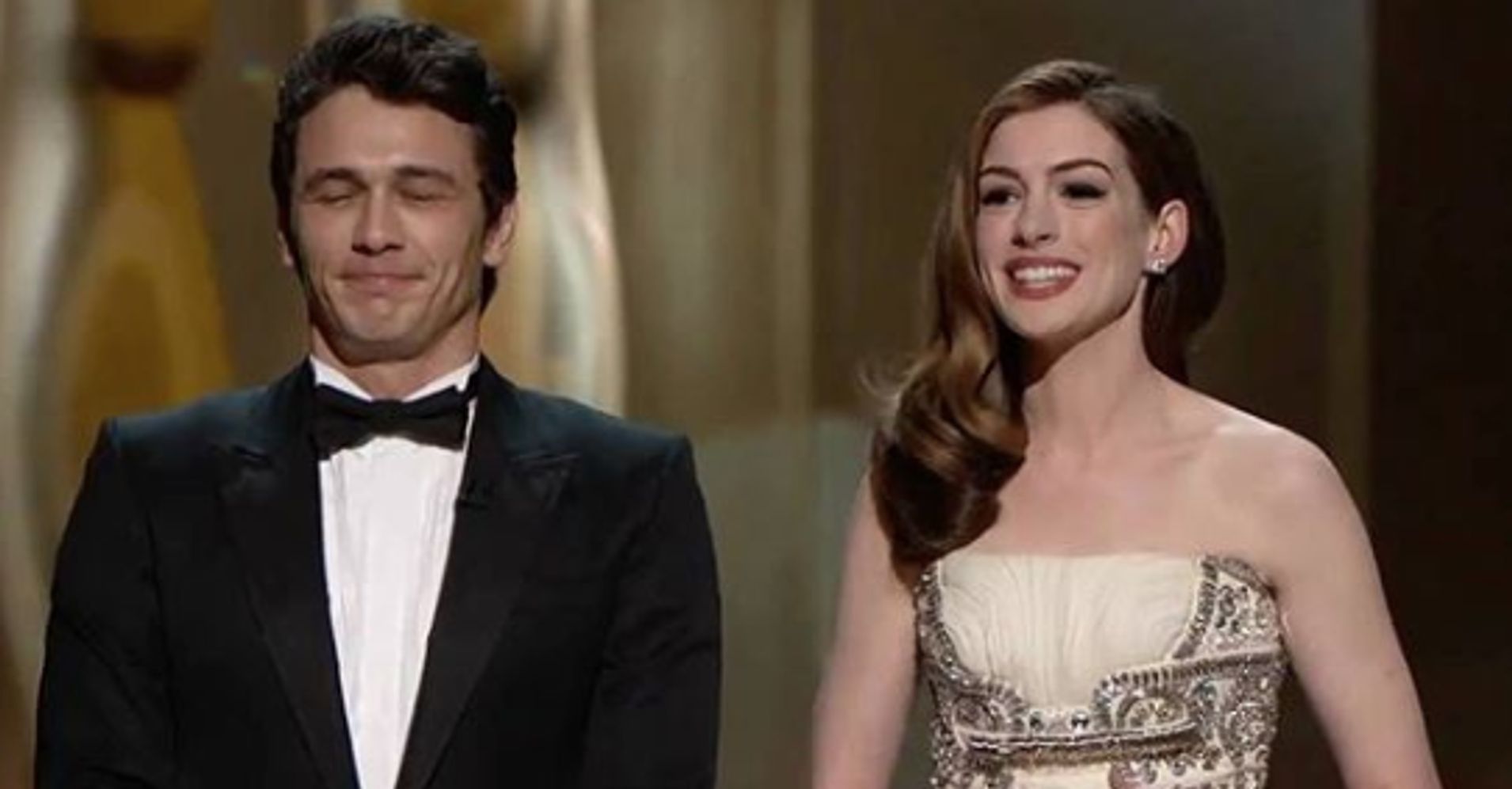 The Oscars may be particularly messy this year, but let Anne Hathaway remind us all that it could always be worse.

Ahead of the host-less 91st annual Academy Awards on Sunday night, Hathaway threw it back to that time she was somewhat infamously at the helm.

Hathaway hosted the 2011 ceremony with James Franco as part of the Academy’s effort to court younger viewers, but the two ended up alienating pretty much everyone watching with their stilted dialogue. And those rumors that Franco was under the influence certainly didn’t help matters either.

“No matter what happens with today’s show, just remember, it’s already been worse,” she wrote alongside an Instagram photo of herself and Franco at the ceremony.  “Happy Oscars!”

Hathaway recently revealed Franco was actually the one convinced her to host, despite her initial reservations.

And while the actress doesn’t necessarily regret the hosting gig, she wished she had stuck to her guns.

“When all the dust settled, I was just like, ‘You’ve got to be kidding me,’” she told People TV. “Your first instinct is usually the right one, and all the reasons why I turned it down came true.”

Anne Hathaway reveals she initially turned down the #Oscars hosting gig — until James Franco convinced her to do it. Watch more on @PeopleTV: https://t.co/r0azNarsMS pic.twitter.com/iPPeFzXU7V

Franco, for one, admitted he never actually watched the awards show after it all went down.

“Truthfully, I actually haven’t watched it back,” Franco said. “Maybe I had low energy. I honestly played those lines as well as I could.”