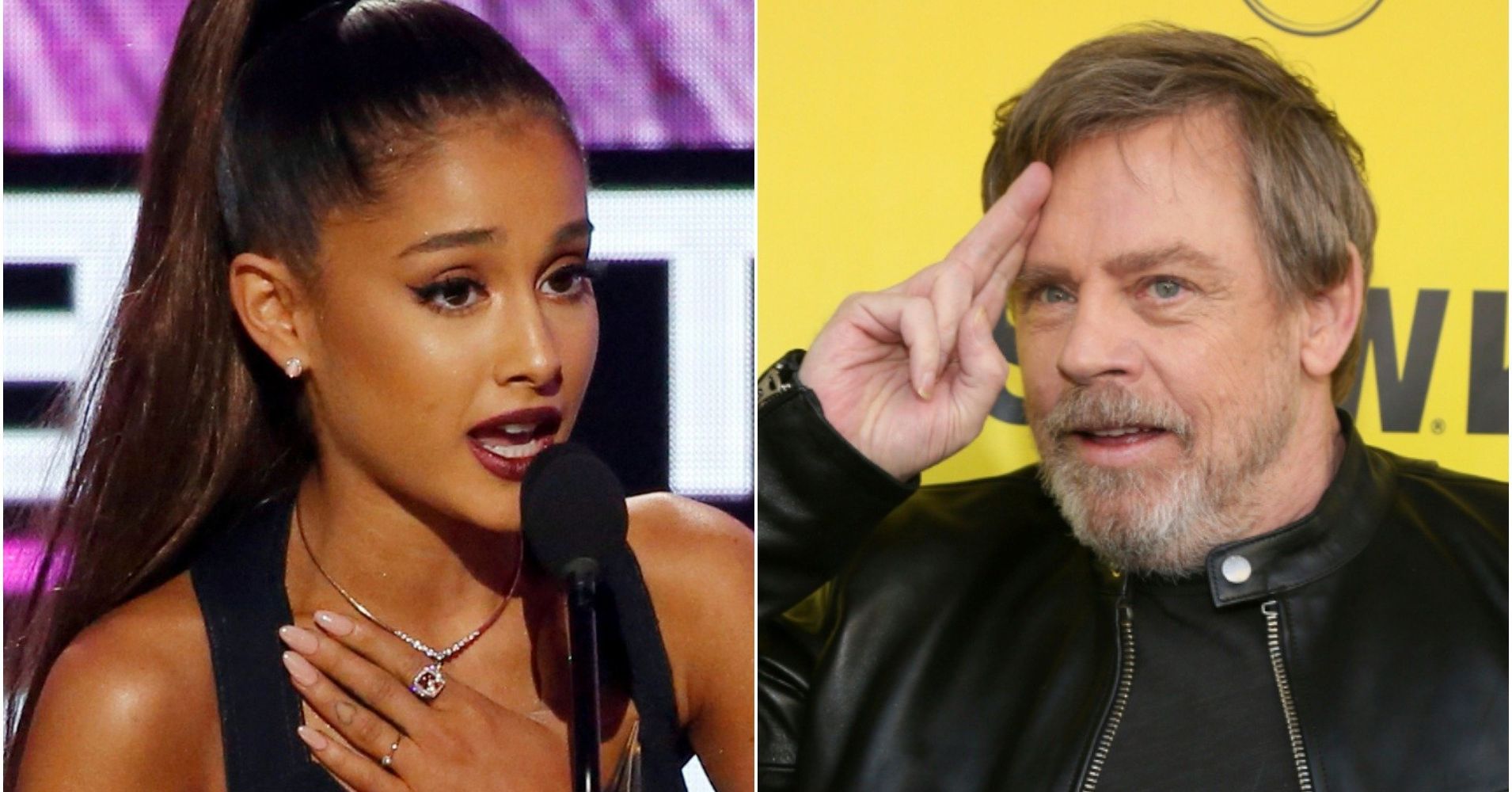 Mark Hamill is a legend on Twitter. The actor best known for playing Luke Skywalker in the “Star Wars” series is funny, warm and generous when it comes to interacting with his fans. But he might not have known that one of them is Ariana Grande.

On Saturday, Hamill tweeted “Thank you, next” ― what he apparently believed was a “random phrase” and didn’t realize was the name of Grande’s latest album. The singer herself caught wind and was starstruck by Hamill.

Hamill later clarified the motivation behind his initial tweet and modified his spelling to match the album’s: “Thank U, Next.” He also heaped praise on the 25-year-old singer, calling Grande “one of the most popular artists in the history of showbiz.”

You know you're out of it when someone suggests you tweet what you think is just a random phrase that turns out to be the title of the new album by @ArianaGrande, one of the most popular artists in the history of showbiz. #ImSorryAri #ItsUnotYou https://t.co/0VztULKx3D

Grande continued to be bowled over by Hamill, saying of his follow-up tweet, “I’m gonna tattoo this to my forehead.”

She’s obviously joking, but still, we would recommend holding off on tattoos that you may later regret.

i’m gonna tattoo this to my forehead https://t.co/5JSOXVVfjI