Audrina Patridge and Ryan Cabrera back on? The exes look cozy as they pose arm-in-arm at PREY SWIM fashion show in LA

Audrina Patridge has been busy shooting The Hills reboot in LA.

But on Wednesday the 33-year-old reality TV star took a break to attend the PREY SWIM ‘Summer in December’ fashion show.

The pinup wore a stunning yellow dress as she mingled with reported ‘ex’ Ryan Cabrera at the party that was held at the residence of Jonas Tahlin, CEO of Absolut Elyx. 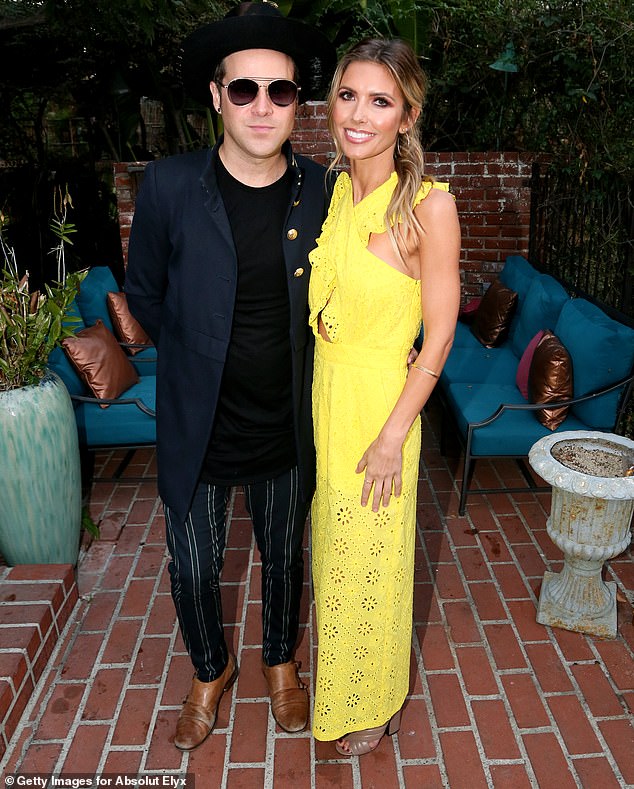 Back on? Audrina Patridge poses with Ryan Cabrera at the PREY SWIM ‘Summer in December’ fashion show, which was held at the residence of Jonas Tahlin, CEO of Absolut Elyx 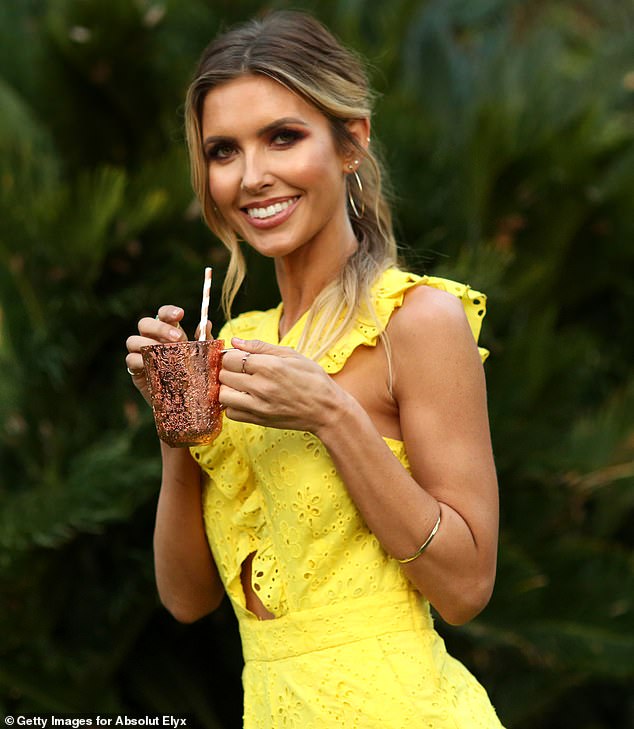 In top shape: The beauty looked toned and tanned in her pretty yellow eyelet dress 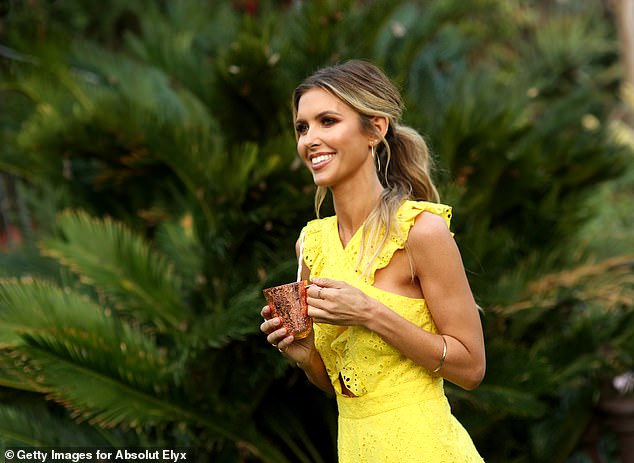 C’est chic: And the single mother had her glam just right as she pulled back her highlighted hair, adding long earrings and a bangle

She was seen posing next to Ryan, who she started dating again earlier this year.

In June she told People she was very happy with Cabrera: ‘We’re just having fun. Nothing is forced, You know, great things happen when it’s not forced, and things are naturally just happening. And that’s what it is. We just have the best time together.’

But in September, the site announced they had split after five months of romance. 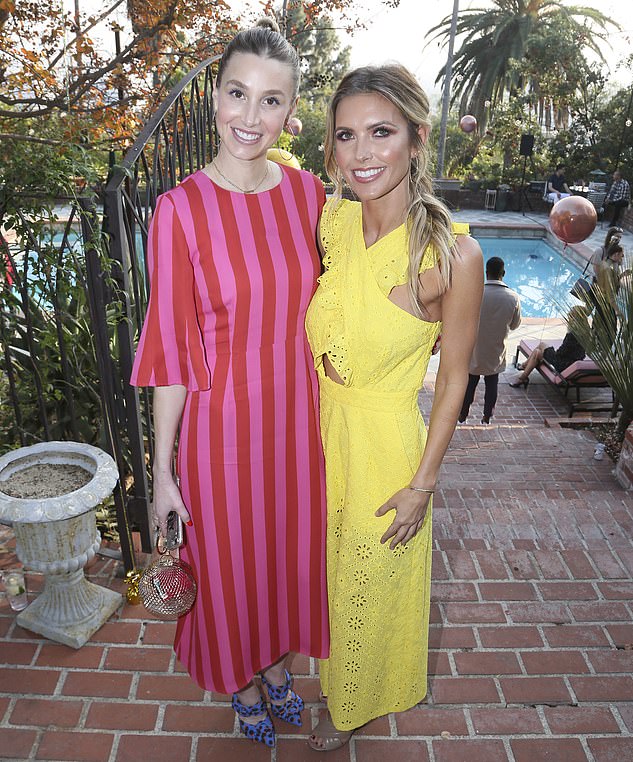 Old school friends: The star also took a photo with Whitney Port, who looked stylish in a pink and red dress that clashed with her blue heels 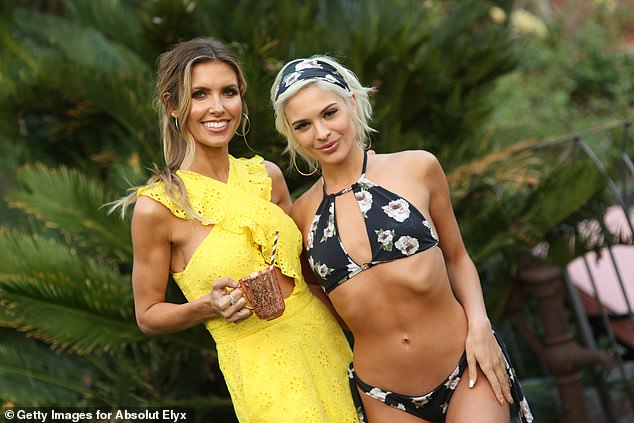 Drink up: Patridge held on to her cocktail as she posed with Ava Capra who was in a floral print bikini with matching headband 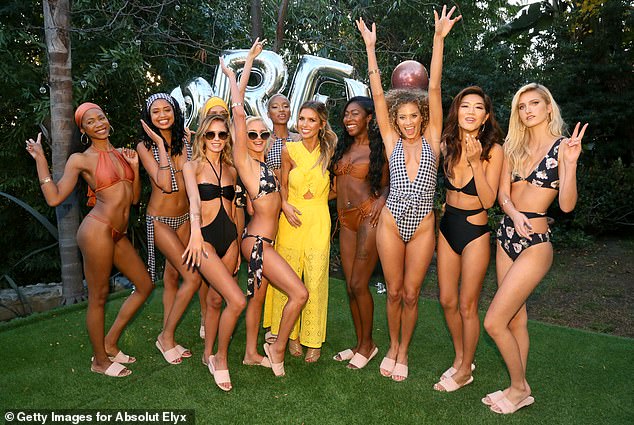 Nice pad: The ladies on the lawn of the residence of Tahlin, CEO Of Absolut Elyx

They were first linked in January 2010 and dated seriously, as documented on The Hills, before splitting in May of that same year.

Patridge filed for divorce from Corey Bohan, 36, in September 2017.

They married in Hawaii in November 2016 and share daughter Kirra Max. 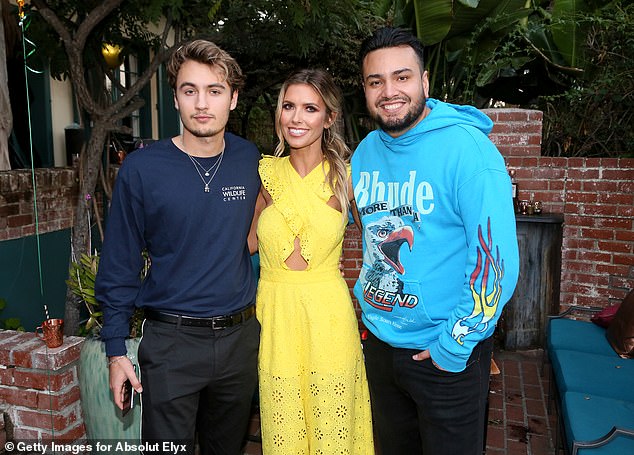 With her pals: Here the actress was seen with Pamela Anderson’s son Brandon Lee as well as Frankie Delgado 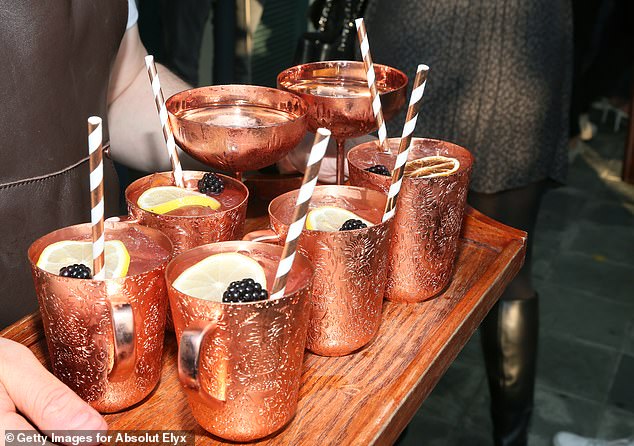 Tasty treats mid-week: There were festive drinks with lemon and blackberries in them

Also at the event was her Hills co-star Frankie Delgado who used to date Lo Bosworth but is now wed to Jennifer Acosta.

And Spencer Pratt, also a Hills vet, dropped by too.

Caroline D’Amore, Brody Jenner and his wife Kaitlynn were there as well. 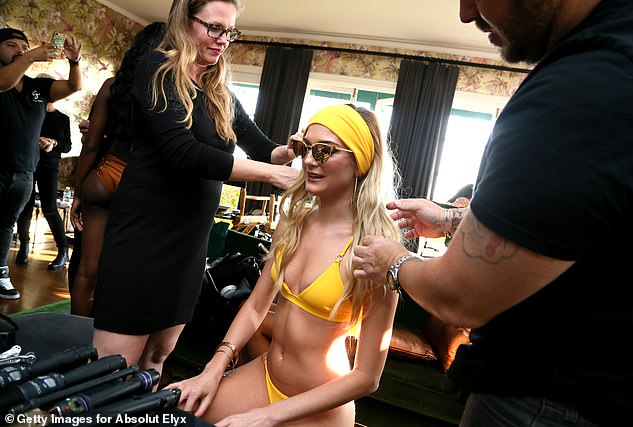 Sitting pretty: A model looked fabulous in a yellow bikini with matching headband