Austin and Ally Reunion Alert! The Cast Tells All in Virtual Hang Hosted by Lilliana Vazquez

Reunion alert! The cast of Disney Channel’s Austin & Ally got together and E! News was there for the virtual hang.

In the exclusive video above, E!’s Lilliana Vazquez chats with Ross Lynch (Austin), Laura Marano (Ally), Calum Worthy (Dez) and Raini Rodriguez (Trish) about their time on the series that ran from 2011-2016.

Austin & Ally premiered in December 2011 and followed the unlikely friendship between two opposites—Austin, the extrovert musician, and Ally, the shy songwriter—and their best friends Trish and Dez. Naturally, the reunion kicked off with the Austin & Ally clap.

During the digital sit down, the cast revealed their early memories of the show and what it was like filming it before the rise of Snapchat and TikTok.

“I think of the auditioning process first and foremost and those first table reads we did of the pilot and all that stuff,” Lynch says in the exclusive video above. “I remember getting a call from [Kevin Kopelow and Heath Seifert], who were the creators of the show, and they were like, ‘Hey man, you got the job. How are you feeling?’ I remember I just kept saying, ‘I’m so pumped!’ They kept asking, they’d be like, ‘Yeah, what else, man?’ and I’d be like, ‘I’m pumped!’ That’s all I had to say. But, yeah, good times, good times. That was the first table read I ever did, was Austin & Ally.” 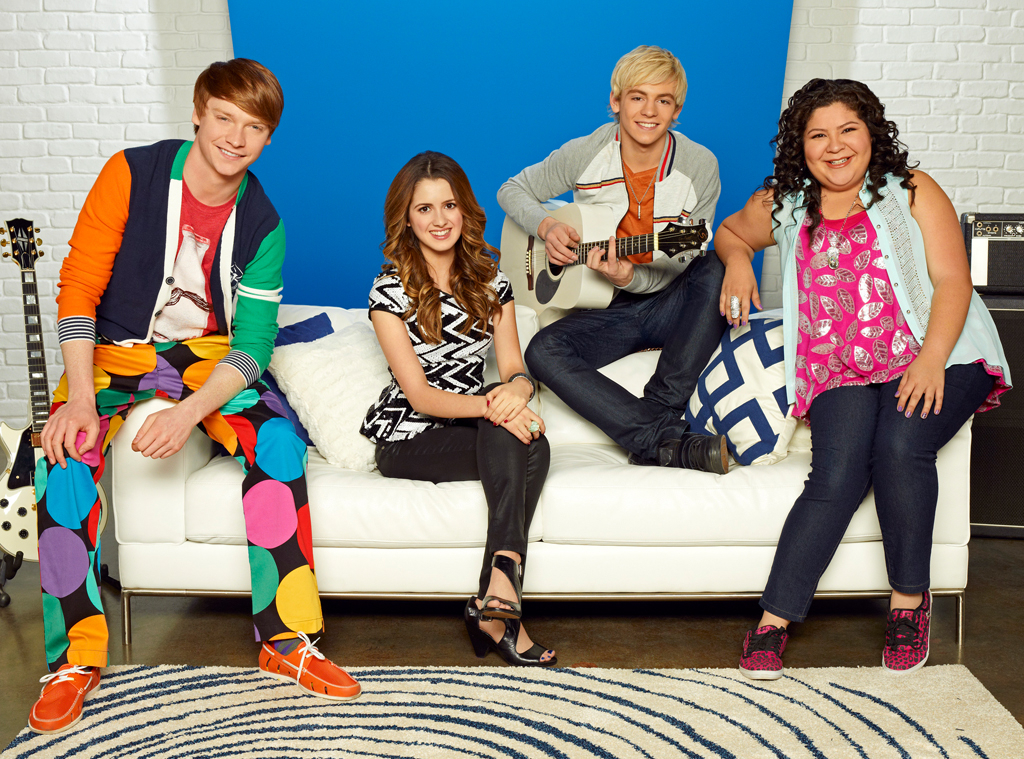 Marano says she remembers the audition process vividly, especially because she was with Lynch and Rodriguez.

After the pilot they all went to hang out at a restaurant together.

Click play on the video above to see the Austin & Ally reunion hosted by E!’s Lilliana Vazquez. Austin & Ally is now streaming on Disney+. A throwback marathon of Disney Channel favorites is set to air on Thursday, May 7.

On this day in 1960, an estimated 70 million Americans tuned in to watch Senator John F....

The world may currently feel burnt, dry, and soggy-bottomed, but bakers, the tent...

On this day in 1997, ER opened its fourth season with a special episode, with the cast of...