Peter Weber suffered a serious injury to his face while filming season 24 of The Bachelor.

The contestant was walking on a golf course in Costa Rica on Monday with two cocktail glasses in his hand during the incident. The 28-year-old star was then driven two hours to a hospital where he was stitched up. The female contestants were not yet at the location.

RadarOnline was first to report the news on Tuesday morning adding that he ‘split his face open’ and that the wound was ‘serious.’

Host Chris Harrison has now revealed Peter is ‘100% OK’, in a statement to ET Online. 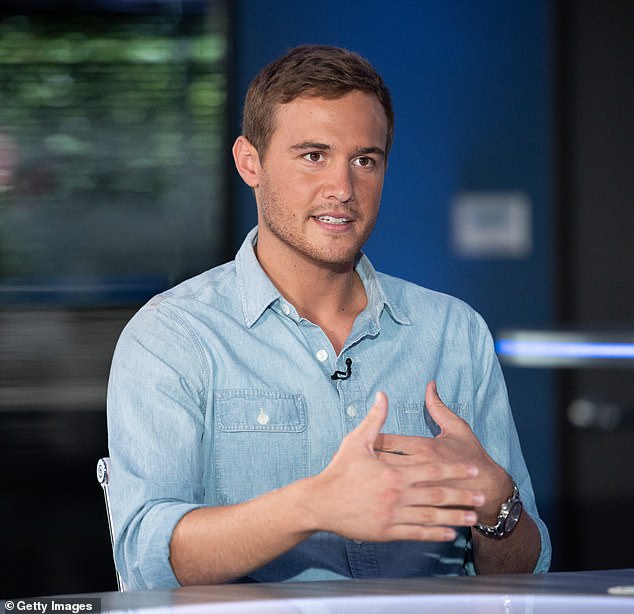 Bad luck: Peter Weber suffered a serious injury to his face while filming season 24 of The Bachelor. Seen in September in LA

Speaking about the incident, a source told Radar: ‘He went to step on the cart but fell and and split his face open on two cocktail glasses he was carrying.

‘He is pulling through.’

‘It was a two-hour drive from the course to the hospital in San Jose; he got 22 stitches in his face,’ a source told UsWeekly.

And it was also noted that the glasses are indeed what cut his face. 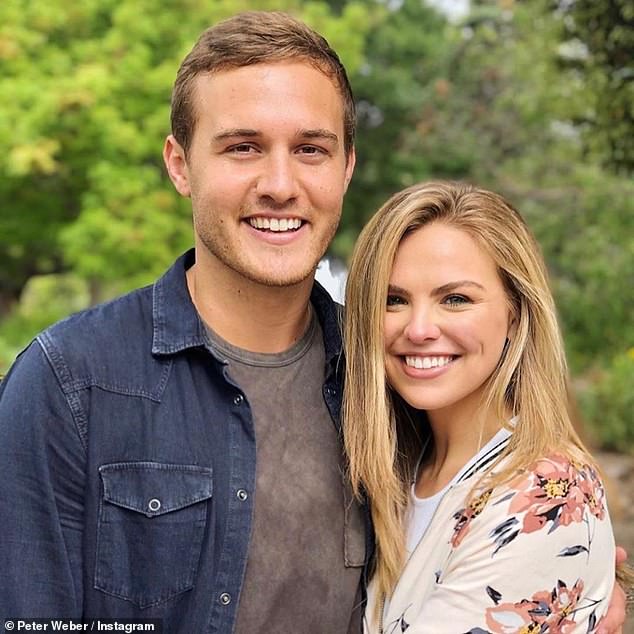 He is well known to the franchise: He was on The Bachelorette with Hannah Brown

‘The reason he traveled for two hours to a hospital was that this specific hospital had a surgeon that specialized in his injuries. He underwent surgery.’

Now it appears filming will be impacted by the injury.

Production ‘is concerned about how to proceed after Weber’s accident,’ according to Us. Radar’s source says the producers are ‘worried.’ 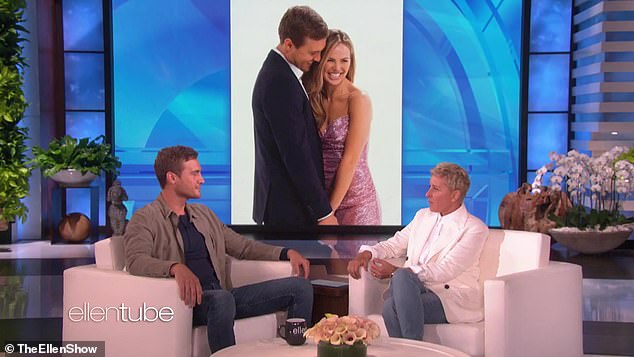 ‘I was wired for that entire flight’: Peter learned he would be the new Bachelor just before he was scheduled to fly a red eye

The contestants were expected to arrive from Cleveland, Ohio today in order to begin filming.

However, Chris says production is now back on track following the ‘freak accident.’

‘He got a cut on his head,’ he said in a statement. ‘He did get stitches but he’s 100% OK and production is already underway.’

‘He’s still the dashing, handsome pilot we’ve all dreamed of.’ 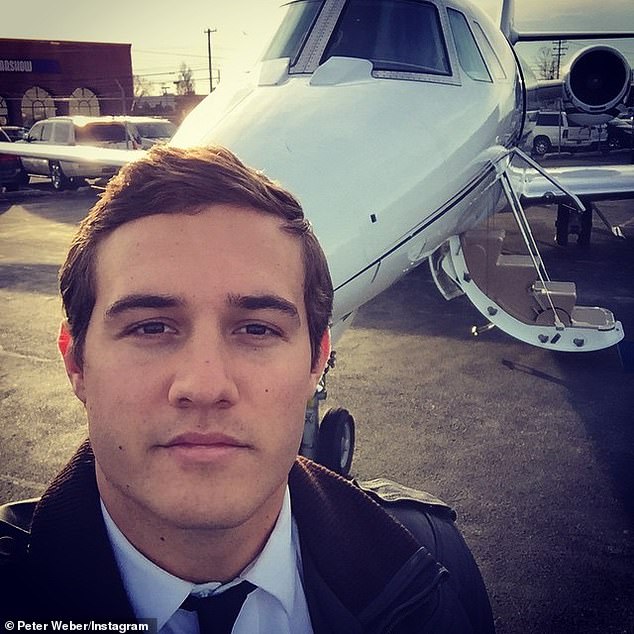 His day job: Weber works as a pilot and is seen here with a private plane on his Instagram page

The pilot was on The Bachelorette with Hannah Brown and he was named the new Bachelor this summer during Bachelor In Paradise.

Peter learned he would be the new Bachelor just before he was scheduled to fly a red eye.

‘I had to fly a red eye that night from Burbank to Atlanta for my job,’ he said on The Ellen DeGeneres Show. ‘And I was like, “I got to bring this down again, I got to focus.” But I was wired for that entire flight. It was crazy!’ 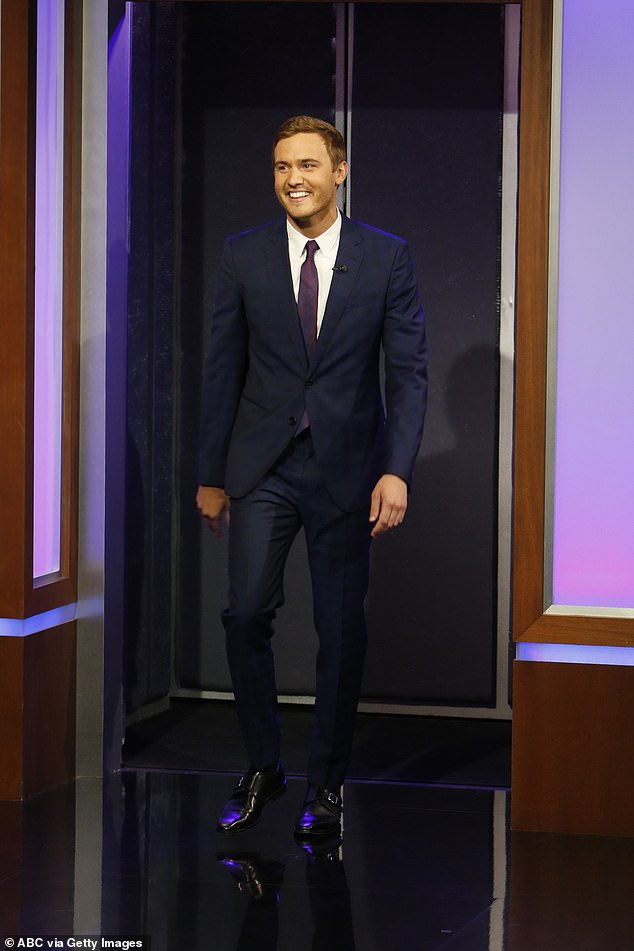 Peter was over the moon at the time he was announced as The Bachelor on the season finale of Bachelor In Paradise.

‘I feel so grateful right now just to have this opportunity,’ he said. ‘This is life-changing.’

Peter will go down in Bachelor Nation history after Hannah revealed they had sex four times during their Fantasy Suite night in Greece. 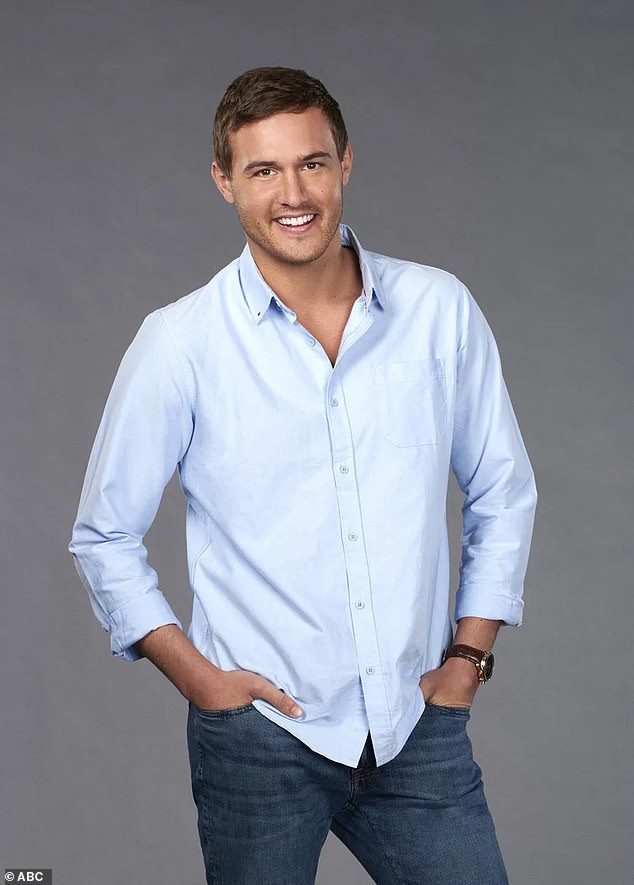 Tom Cruise was the only actor who could handle the G-force from a F-14 in original Top Gun...

James Bond producer Barbara Broccoli says an actor ‘of any colour’ could play 007...