BAZ BAMIGBOYE: Filmmaker Alfonso Cuaron explains how he created Roma – a masterpiece from the wounds of his childhood

By Baz Bamigboye for the Daily Mail 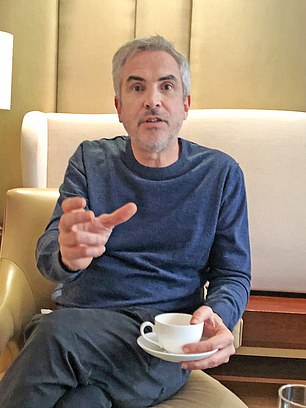 The film-maker Alfonso Cuaron starts talking about cracks in a wall, and wounds in a heart.

He’s talking about himself — and about us, the audience for his new film Roma (which he wrote and directs).

The title refers to the affluent district of Mexico City where Cuaron, who made the colossal hits Gravity and Harry Potter and The Prisoner Of Azkaban, and more personal pictures like Y Tu Mama Tambien, grew up.

Roma, too, is both personal — based on the director’s childhood and focusing on the young woman who raised him (played with powerful warmth by Yalitza Aparicio) — and colossal, because the experiences it explores are local but, in Cuaron’s magic hands, universal.

Cuaron began thinking about making the film 12 years ago. First, he searched the far reaches of his memory to summon episodes from his time with his beloved ‘Libo’ Rodriguez (in the film, her name has been changed to Cleo). 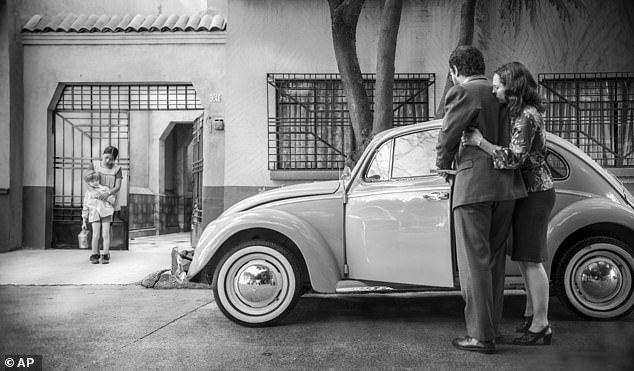 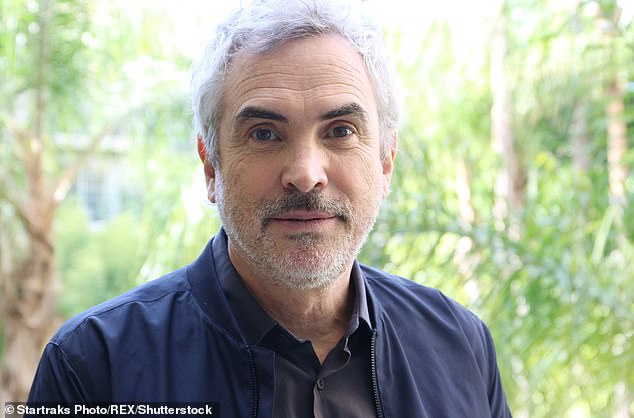 Four years ago he asked if he could interview her.

‘The first part was going through her routine, and it was almost a forensic account,’ he said. He called it The Book Of Hours. ‘All the detail was there, like how she would sit on the bed and wake up one of my siblings. We were talking about the bubble I was aware of. The house and my neighbourhood.’

Those conversations took place (mostly over the phone) over a long period. He asked what she did on her days off. ‘What was revelatory was when she was telling me about the Seventies. The theatres she went to weren’t the same ones she would take me to. And she talked about how students were attacked, and beaten by hired thugs.’

Then there was sex. ‘She was like my parent, and you don’t question your parents about such things,’ he says, when we meet.

The movie opens with a beautifully shot scene of Cleo cleaning up the mess the family dog has left in the gated drive. ‘She has to clean it up; and she’s blamed when there’s too much of it,’ Cuaron says.

It wasn’t real, by the way. ‘It was made of food stuff! But the problem was the dog kept trying to eat it. So we had to put Tabasco sauce on it.’

Cuaron admits feeling ‘white middle class guilt’ about Libo’s treatment. ‘On the one hand we’re saying: “We love you!” … but go and wash the clothes, and bring me a smoothie.’

Back then, he was oblivious to the privations she had suffered. ‘She had hardships in her life. Hunger when she was a child. And the cold. My experience of hunger then was “Oh, we’re late for lunch.”’

The director says he accessed so many memories that it opened wounds. But he embraced them. ‘The wound is part of who you are,’ he insists.

‘It’s like repairing a crack in a wall. Or, better, mending broken pottery. It’s about repairing yourself. And the end product is more beautiful than the original.’

The film’s a masterpiece — I’ve seen it four times and it’s still doing its repair work on me. 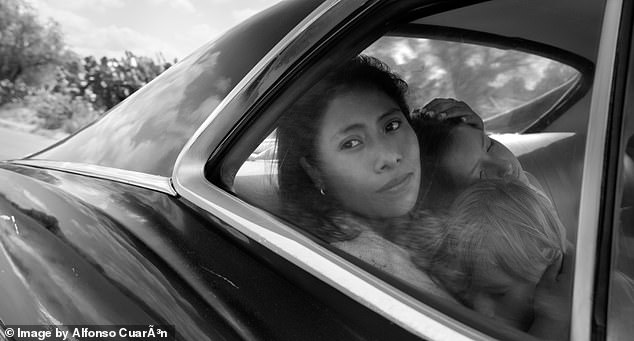 Cuaron notes that people have responded to Roma in a deeply emotional way. ‘In many ways, film is nothing but a vessel in which audiences put their own experiences.’

For the movie, he had a carbon copy of his childhood home built within the shell of a similar building. He drove his producers crazy because he insisted they find a dog — a cross between a Pointer and a street dog — that was a match for his own pet.

A family member who saw a group shot of the screen ‘family’ thought it was the actual clan from the Seventies. ‘That’s how close I got,’ the director says, proudly.

It will go to other cinemas nationwide from December 14 — the same date it begins streaming on Netflix.

I’d like to propose a toast! The cast of Evening Standard Theatre Award-winning musical Company — led by Rosalie Craig and Patti LuPone — will go in to Rak Studios in St John’s Wood on Sunday to start making the cast recording.

Director Marianne Elliott and producer Chris Harper have secured composer Stephen Sondheim to oversee the sessions. Cameras will film each number, with excerpts to feature in a documentary about the gender-swap show.