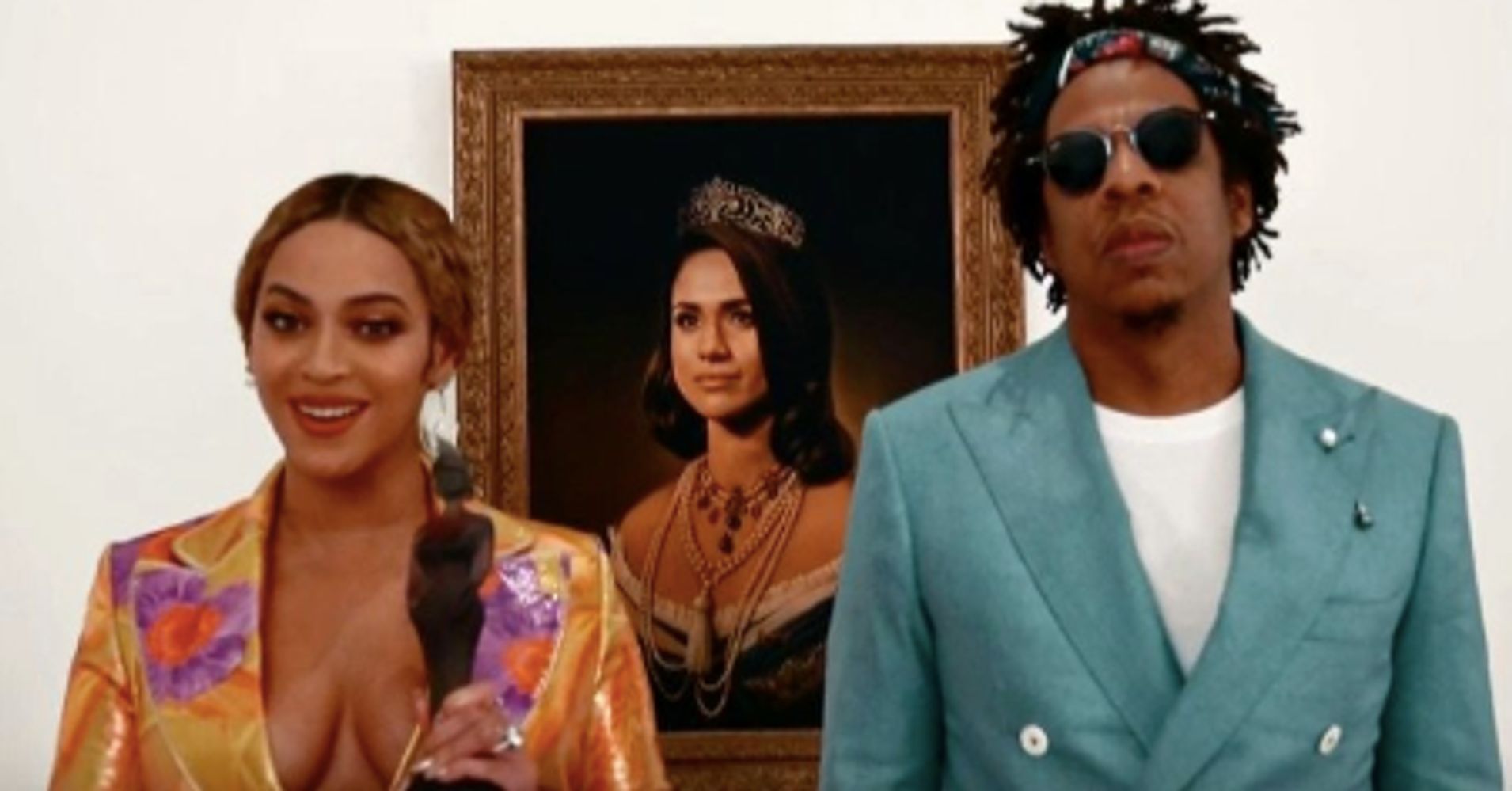 The two skipped the 2019 Brit Awards on Wednesday night, but they still stayed winning, taking home the trophy for Best International Group for their album “Everything Is Love.” They released the joint album in June as the musical duo The Carters.

While Bey and Jay weren’t on hand to accept the award in person, they managed to film what looked like a pre-recorded segment for the ceremony stunning in colorful coordinated suits. In the clip, they stand in front of a painting of the Duchess of Sussex that is seemingly modeled after a portrait of Queen Elizabeth.

.@Beyonce and @S_C_ aka The Carters, filmed their acceptance speech for #BRITs “Best International Group” whilst stood in front of a portrait of Meghan Markle. pic.twitter.com/RBxQ0gWsVb

“Thank you so much to the Brit Awards for this incredible honor,” Beyoncé says in the video. “You guys have always been so supportive. Everything is love.”

To which Jay-Z adds, “You’re welcome,” as the two turn around to face Markle’s image.

Then we hear a child, who many on social media assumed to be one of the couple’s three children, asking, “Why?”

The set-up parallels the couple’s “Apeshit” music video, which was filmed at the Louvre. The museum’s visitor attendance rose to record numbers afterward. In “Apeshit,” the couple and a group of dancers pose in front of various iconic and traditionally white pieces of art, including the Mona Lisa.

Many fans saw the video as part of the couple’s ongoing effort to dismantle white beauty standards and challenge the erasure of blackness in history.

Others interpreted the acceptance speech as a message of solidarity to the royal who’s been the target of particularly brutal coverage in the British press as of late.

Markle’s friends, including actor George Clooney, have recently come to her defense, saying she’s been “pursued and vilified” by the public and even comparing her treatment to Princess Diana.

Beyoncé and Jay-Z’s speech and their very appearance left social media in shambles, with fans decoding the meaning of Markle’s inclusion in the video.

THE CARTERS STANDING IN FRONT OF THIS ICONIC PAINTING OF QUEEN MEGHAN MARKLE WE- #BRITs pic.twitter.com/CXOcWsf3vy

Beyonce and Jay-Z just killed it with this Meghan Markle portrait during their #BRITS2019 acceptance speech OMG 😭😭😭. High key FU to the racist British press. ❤️ them. pic.twitter.com/g8OV9mRreU

Wow at Beyonce and Jay-Z not only making an acceptance video, but doing so in front of a portrait of Meghan Markle. Very classy, pointed support of a black woman being treated repulsively by the UK tabloids #BRITs