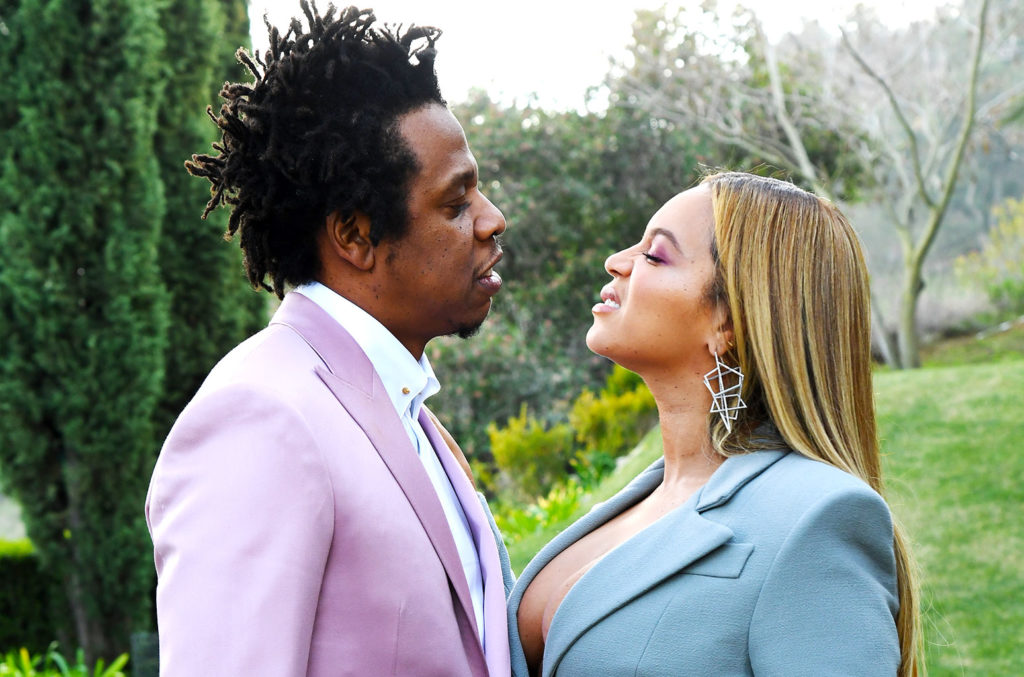 Beyoncé uploaded a series of stylish new photos from a trip to Sin City with Jay-Z.

On Saturday (April 10), the singer’s official website was updated with a number of pictures — many of Beyoncé herself, but some featuring Jay-Z, too. The couple celebrated their 13th wedding anniversary last week, on April 4.

Beyoncé showed off a killer outfit — tweed shorts and a matching blazer with a fit made for her, accessorized with red heels — from all angles, and she shared some plane ride and date pictures in a gallery that was simply labeled “Sin City.”