He allegedly tried to set Britney Spears‘ parents against each other in a battle over her conservatorship.

And on Thursday, the 37-year-old pop icon was granted a permanent restraining order against her former manager, Sam Lufti, 44.

The manager was in charge of Britney’s career during the early 2000s and leading up to her 2007–2008 personal struggles. 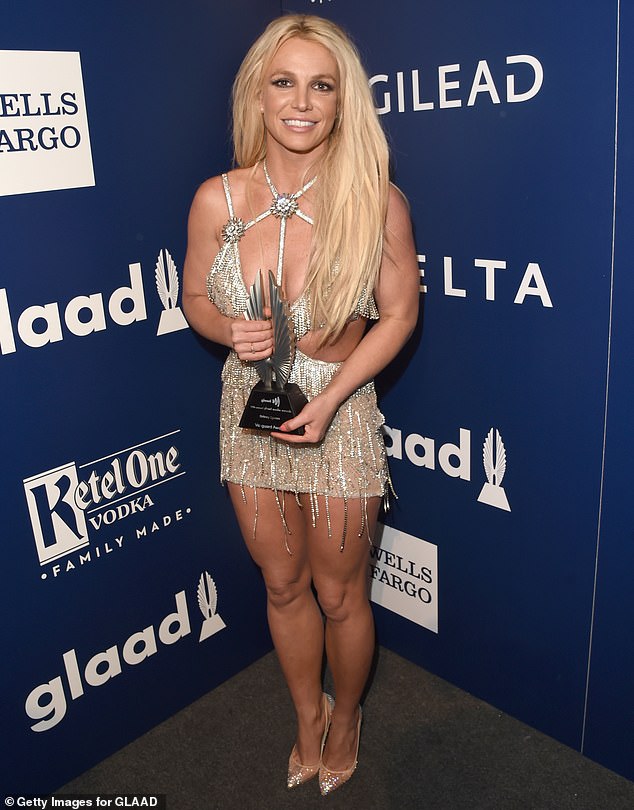 Cut off: Britney Spears, 37, was awarded a permanent restraining order against her former manager Sam Lufti, 44, on Thursday; shown in April 2018

Per the restraining order, Lufti will be required to stay away from Britney for five years.

The restraining order request was spurred on by text messages that Lufti sent to Jamie Watson, the husband of Britney’s sister Jamie Lynn Spears.

Britney’s father Jamie Spears testified about the messages, in which Lufti claimed he could get Britney’s mother Lynne Spears appointed as head of her conservatorship, replacing her father.

The text messages were forwarded to her father, who then got in touch with his lawyers.

In court, he claimed he was distressed that Lufti was trying to ‘disassemble the conservatorship’ and allegedly attacking his family. 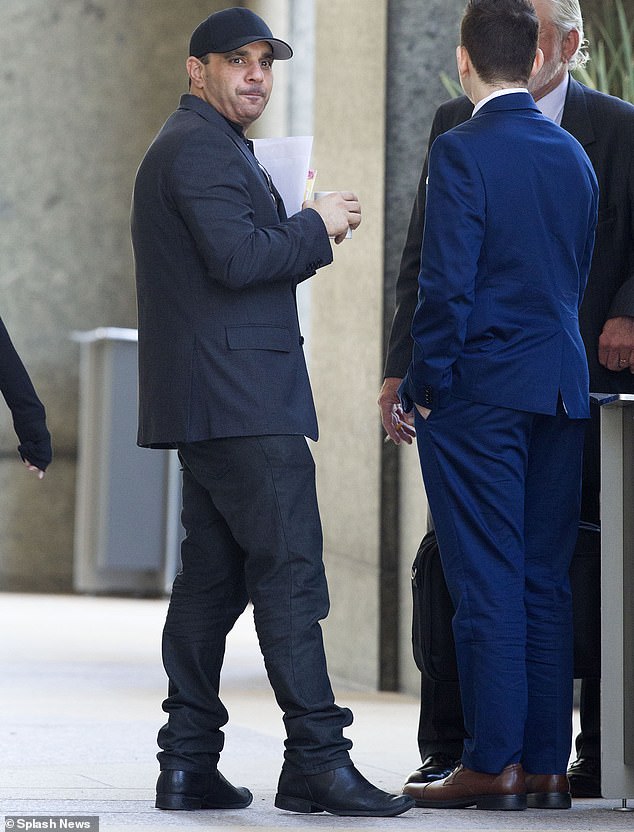 Interference: The restraining order request was set in motion after Lufti sent text messages to members of Britney’s family claiming he could get her father replaced as head of her conservatorship by her mother; pictured in 2016

Still unclear is the origin of Britney’s suit, which could have been initiated wholly at her behest, or could have been launched by Jamie Spears on the behalf of his daughter.

During cross examination, Lufti’s attorney’s got Jamie to admit that the manager had tried to fix his relationship with Britney before the conservatorship was put in place, though he also said he now considered Lufti a predator.

Lufti’s counsel further tried to downplay he allegations by claiming he never directly contacted Britney, only speaking about her to others.

Also at issue in the restraining order hearing was whether or not Lufti had orchestrated the #FreeBritney campaign, a viral movement online to have the singer’s permanent conservatorship ended. 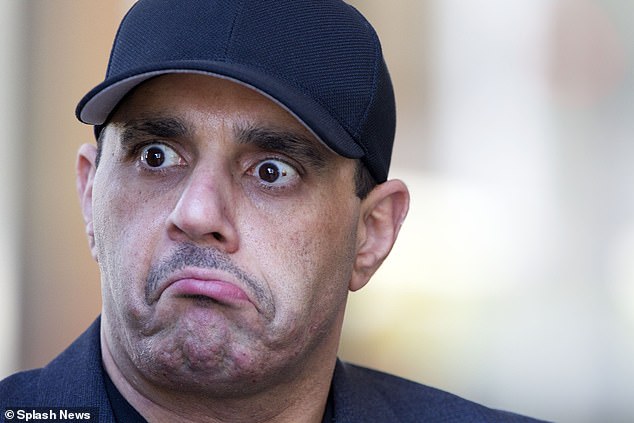 Fractured relationship: Her father, Jamie Spears, said he now considered the manager a predator, though it was unclear if Britney launched the legal action or if he started it on her behalf; shown in 2016

He denied starting the campaign, despite the belief from Britney’s family that he’s responsible.

In May, Britney filed a temporary restraining order against Lufti, requiring him to stay away from her, her parents and her two children, according to court papers obtained by The Blast.

Britney’s legal team disputed Lufti claim that he hadn’t contacted his former client, claiming that he threatened ‘vigilante action, bribes and release of private information’ in threatening texts and tweets to her and her family.

According to them, he needs to be kept away from Britney to ‘prevent future harm and further psychological trauma.’ 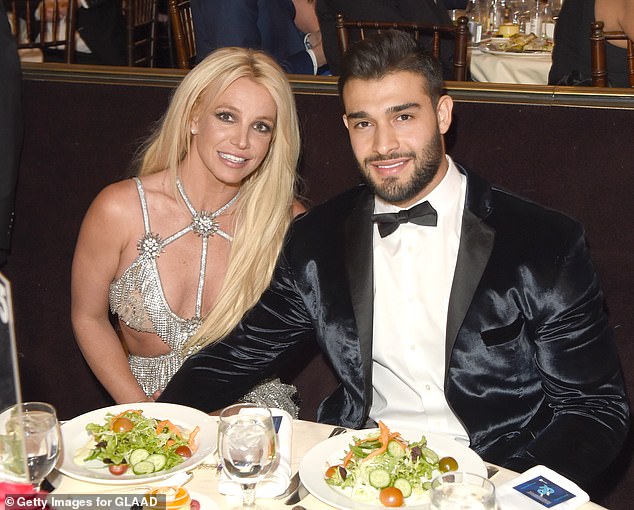 In May, Britney filed a temporary restraining order against Lufti, requiring him to stay away from her family, according to The Blast; pictured with boyfriend Sam Asghari in April 2018

Lufti and Britney’s parents have previously tangled in court when he sued Lynne and her ex-husband Jamie after she accused him of contributing to Britney’s mental illness via gatekeeping.

The manager claimed in court that the initial temporary restraining order was too restrictive, and that the prohibitions against him saying negative things about Britney was a violation of his first amendment rights.

It doesn’t seem to have swayed the judge who made the restraining order permanent.