Britney Spears says ‘all is well’ and she will be back in the limelight soon as she accuses ex-manager Sam Lutfi of crafting fake emails and claiming that, ‘He was pretending to be me’

Britney Spears said ‘all is well’ and that she’ll be back in the limelight soon, blaming a recent controversy on her ex-manager, Sam Lufti.

The 37-year-old entertainer took to Instagram Tuesday with a brief video clip in which she gave fans an update on her personal life.

‘My family has been going through a lot of stress and anxiety lately, so I just needed time to deal,’ the Grammy-winning singer said in the clip. ‘But don’t worry I’ll be back very soon.’ 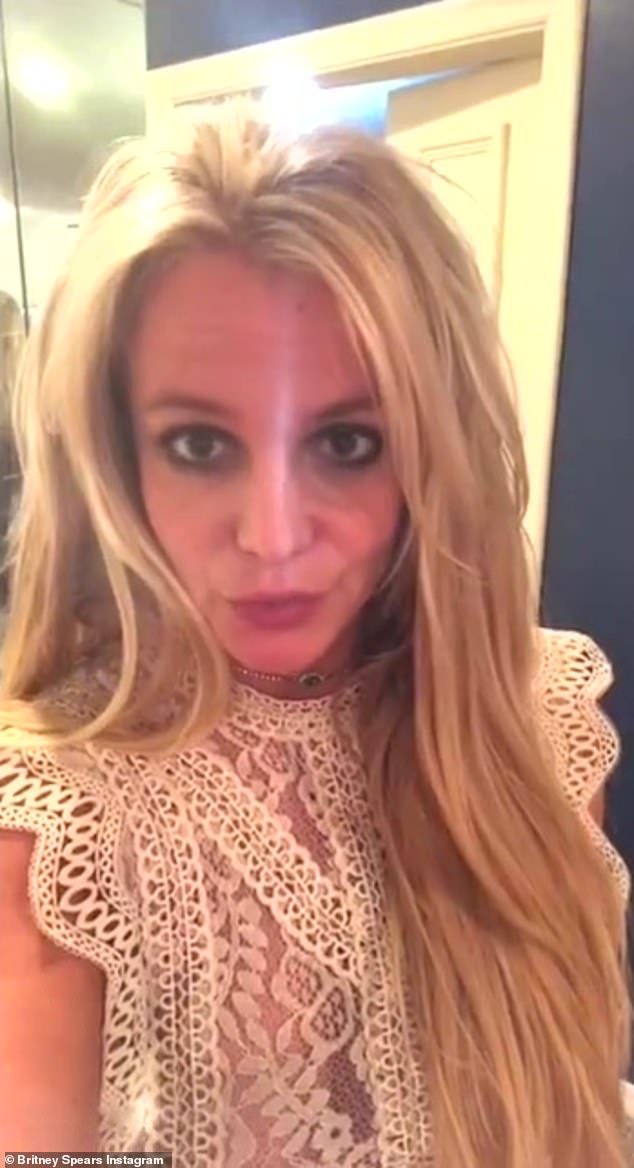 The latest: Britney Spears, 37, said ‘all is well’ and that she’ll be back in the limelight soon on Instagram Tuesday in a brief video clip

The Make Me… singer added a detailed caption to the video clip in an effort to clear up any misconceptions the public might have, as she sought help at a mental health facility earlier this month.

‘I wanted to say hi, because things that are being said have just gotten out of control!!! Wow!!!’ Spears said. ‘There’s rumors, death threats to my family and my team, and just so many things crazy things being said.

‘I am trying to take a moment for myself, but everything that’s happening is just making it harder for me.’

The mom-of-two sons – sons Sean, 13, and Jayden, 12, urged her fans not to ‘believe everything you read and hear,’ adding that Lutfi was behind emails that were attributed to her. Lufti in recent days has taken to Twitter with commentary on ongoing events surrounding the singer amid the circulating social media hashtag #FreeBritney, that implies the singer is being controlled against her free will. 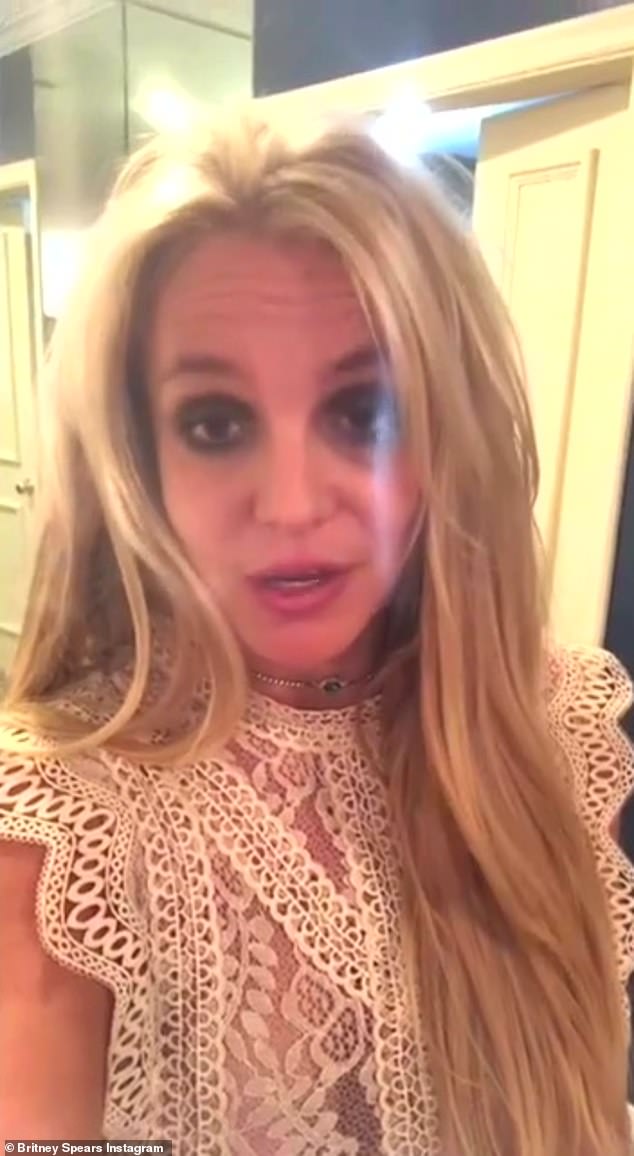 Cautionary: The mom-of-two sons urged her fans not to ‘believe everything you read and hear’ 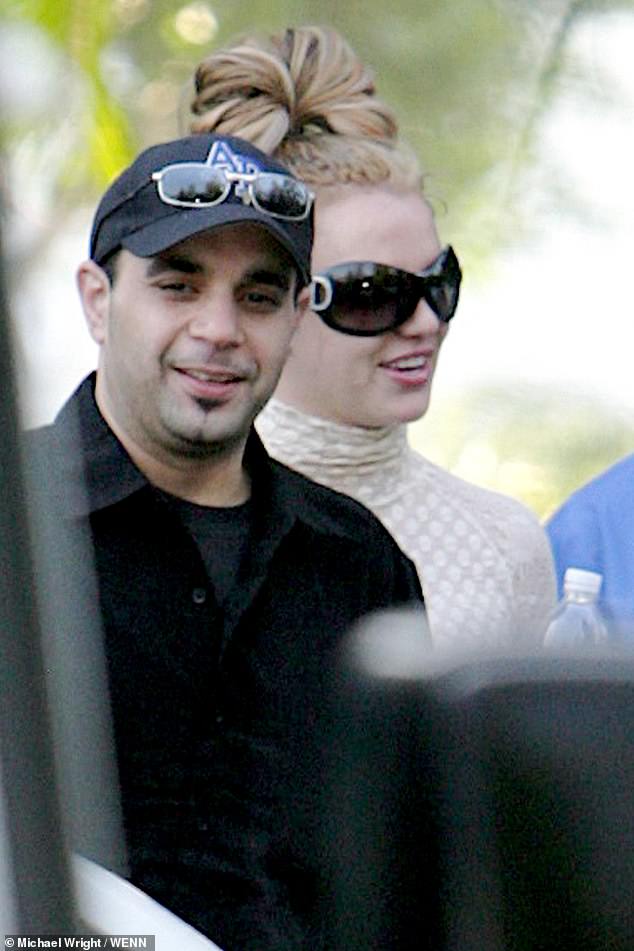 Complex: In her post, Britney said that her ex-boyfriend Sam Lufti was behind emails that were erroneously attributed to her

‘These fake emails everywhere were crafted by Sam Lutfi years ago… I did not write them,’ Spears said. ‘He was pretending to be me and communicating with my team with a fake email address.

‘My situation is unique, but I promise I’m doing what’s best at this moment.’

Lufti, via Twitter, denied having any access to Britney’s e-mail, saying he thought the remarks were put out by Britney’s camp for the purpose of distracting the public and focusing their ire toward him. 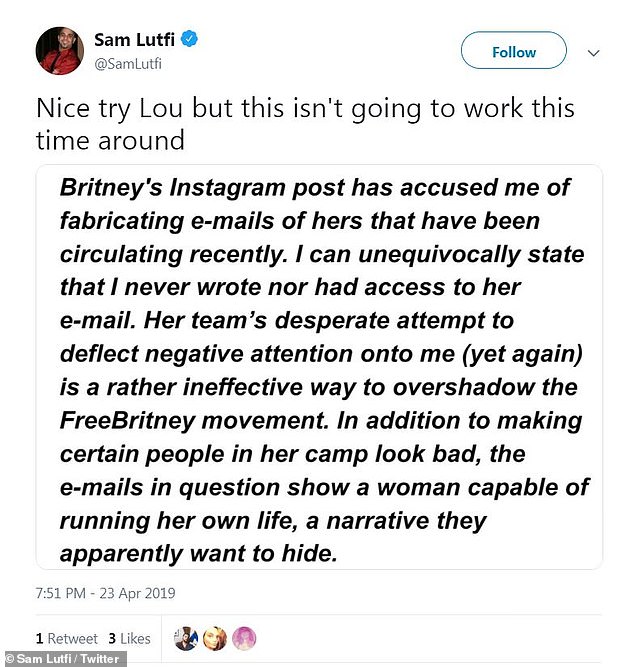 Reply: Lufti denied having anything to do with Britney’s emails, saying he was being used to distract from the situation 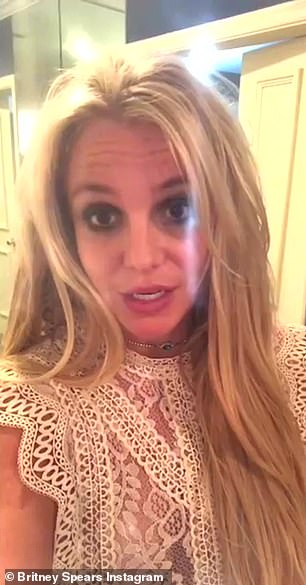 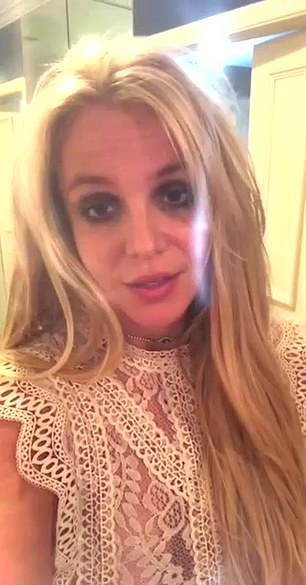 Update: Britney, whose father Jamie has been ill, added, ‘My family has been going through a lot of stress and anxiety lately, so I just needed time to deal’ 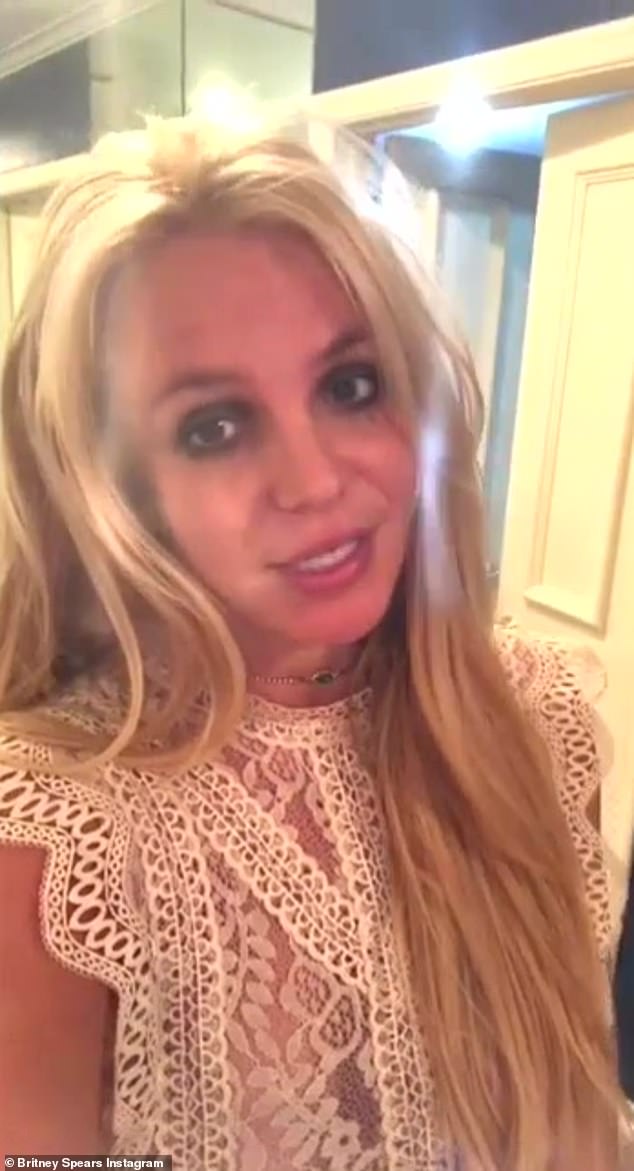 Request: Spears asked for ‘a little bit of privacy to deal with all the hard things’ in her life right now

The pop star said in her clip, ‘You may not know this about me, but I am strong, and stand up for what I want! Your love and dedication is amazing, but what I need right now is a little bit of privacy to deal with all the hard things that life is throwing my way.

‘If you could do that, I would be forever grateful. Love you.’

It’s been a difficult time for the songstress amid her father Jamie’s health battle, as he’s undergone multiple medical procedures after suffering a ruptured colon.

Earlier this month, according to TMZ, she checked into the facility amid the difficult stretch.

‘Her dad being sick has taken a toll on her … he’s not doing well,’ a family insider told People earlier this month. ‘They’re so close and it has been a lot. There is nothing dramatic going on with her – she just realized she needs to make sure to take time to care for herself.’ 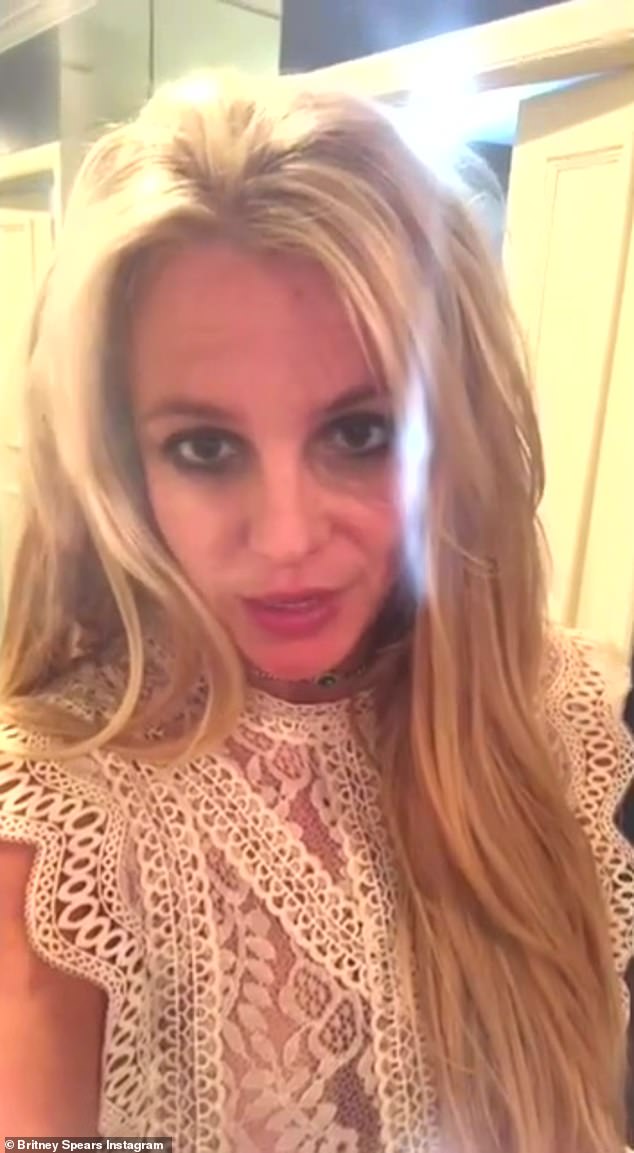 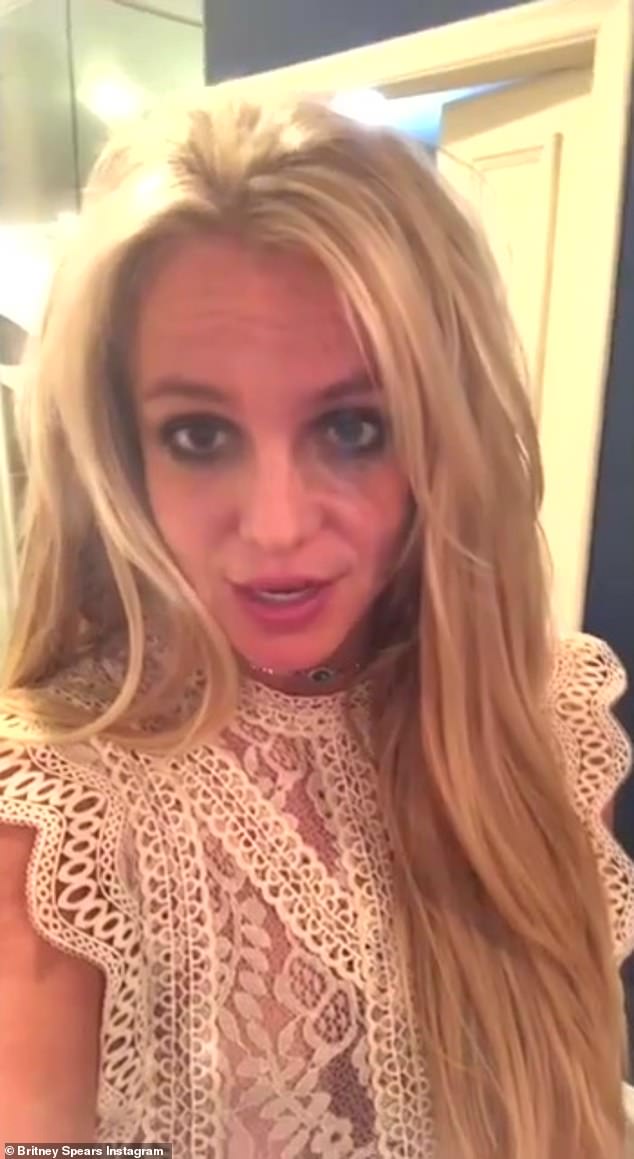 Chaos: Spears said ‘there’s rumors, death threats to my family and my team, and just so many things crazy things being said’ at this time

Britney’s boyfriend, model Sam Asghari, 25, told TMZ Tuesday that there is ‘nothing to worry about’ in regards to the singer’s welfare, amid the #FreeBritney campaign.

‘She’s doing amazing,’ said Asghari, who was snapped with the songstress during an Easter Sunday outing to the Beverly Hills-based Montage hotel. ‘Her fans are so amazing to be so concerned, but she’s doing great.

‘Nobody needs to worry. She’ll be back soon.’