Can you really objectify yourself on social media and then call yourself a feminist? 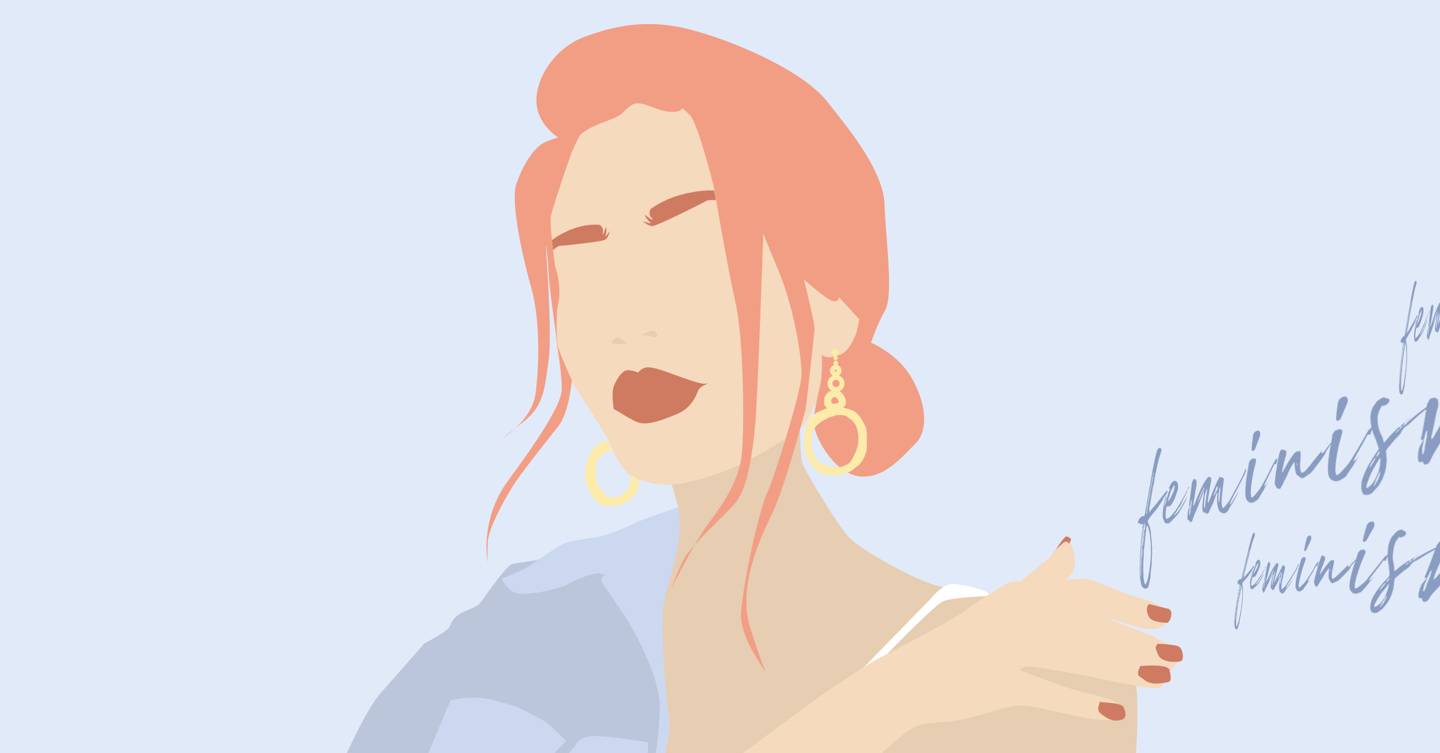 Can you think of a better name for a podcast episode on modern feminism? No, I certainly can’t, self-deprecating, obliging and stereotypically dutiful. How else other than with sarcasm can we make the belittlement of women, the suppression of the vagina – creator of all life – seem
bearable?! In lieu of this episode, which is part of my new series, Down The Rabbit Hole with Tess Ward, launching next month, I wanted to ponder on some thoughts I have had since recording. The main question I want to ask is whether modern feminism has started to undermine itself?

It fascinates me that although women now have more academic prowess, getting better grades, with more choosing to go to university, there seems to be a real grey shadow cast over us since the rise of #MeToo.

The media is reporting that more young women are feeling the anxiety of projected harassment than ever before. This is not in any way to critique the bravery of those speaking out against discrimination, absolutely not, but since this has happened there has been increased press around competitive victimhood. One particular instance is the subject of trans women in sports. Next year’s Tokyo Olympics is accepting trans women competitors in the female category. This is a controversial move among athletes, none more so than Martina Navratilova who has called it cheating. Much of the press in this male/female battle arena has adopted a stance of LGBTvictimhood, rather than a more objective overview. But I don’t believe that this is about social fairness. Biologically, men possess more physical prowess enabling them to leap further, run faster and cycle quicker, so to place them in a women’s sport category, just because they identify as female is, I believe, highly problematic.

Looking at this trans-women competitor issue purely from a biological identity standpoint, we all know that an XY
chromosome has a viable advantage in terms of physical strength, and that this stands whether or not testosterone levels are proven to be below 10nM for 12 months ahead of competing. Is this, therefore yet another area where men can assert their power over women and does it subvert us even further? I’m still not sure.

The second point that’s worth examining is that of gender bias. Both women and men are empowered and confidence is bolstered with praise and success. We all thrive when we are given positive affirmations, and lean in to the benefit of our gender when it’s suitable. Obviously, I can only speak from a female perspective but I do so from experience. At times being the only woman on a shoot, a set, or in a kitchen wields an untouchable power – respect, perhaps, some admiration. The thing is, it too creates a distinction of difference, a separation.

Subscribing to certain brands of feminism, even though it may bring positive gender subscription in the work you are doing or the choices you have made, underlines this idea of separation. In effect, we are allowing the bias of gender to perpetuate the distinction of female otherness. Perhaps in some cases promoting it.

I feel this particularly with social media and the voyeuristic nature of apps like Instagram, that provide 2D snapshots into the lives of others. There is constant attention given to the pressure this puts on ideals of perfection and issues in society obsessed with objectification. But how much of this is women inflicting it on themselves and each other? Kim Kardashian didn’t start talking selfies because her boyfriend insisted on it. She was ready and waiting to do it herself. If we are to own our power, we have to take responsibility in shaping objectification culture because as much as men do it to us, we do it to ourselves.

I know this because only recently I realised I was a victim of this objectification power. I allowed projections of an ideal me inform the way I defined myself, my behaviour and how I looked at work and how it projected and constituted success. I chose to inflict narrow and somewhat perfectionist parameters, espoused by others, on myself and it made me utterly miserable.

To be clear, my idea on the morals and behaviour of the modern feminist is not that she should be a dutiful anarchist. I have no interest if she has short back and sides, wears organic deodorant, is married to a proletariat or wears spray-painted hot pants on weekends. In fact, more power to her. There is no school uniform for a feminist, just like there is no foundation shade that matches all. Self expression is self expression.

What I have come to find ironic about all of it is that the argument comes down to social values. Confusion comes with social media stars like Emily Ratajkowski and so many modern celebrities. Whilst claiming to be empowered women they use traditionally sexual images while simultaneously challenging and subverting our historic preconceptions on the subject. Somehow through a Valencia Insta filter the rules of female empowerment seem to have changed, but have they?

“Brexit could result in women losing important rights”: Sadiq Khan reveals the effects of Brexit in this exclusive open letter for GLAMOUR

It’s not just that posing and posting images that objectify her body are intrusive to look at and challenge all preconceptions on ‘appropriateness’, but these images, to me, really feel like a belittlement of the issues that face modern feminism today. Yet still she sends the message that looking, watching and teasing is OK because it adheres to the beneficial gender bias.

Does the screen act to filter out the empowered women from the people that are watching her, and what help is this in the search for empowerment unshackled from gender? No longer can we argue that the digital world can encapsulate its own zone of fantasy, it is now part of the real world and the reality of the true values of life feel like they are getting lost in this new wave of social media relativism.