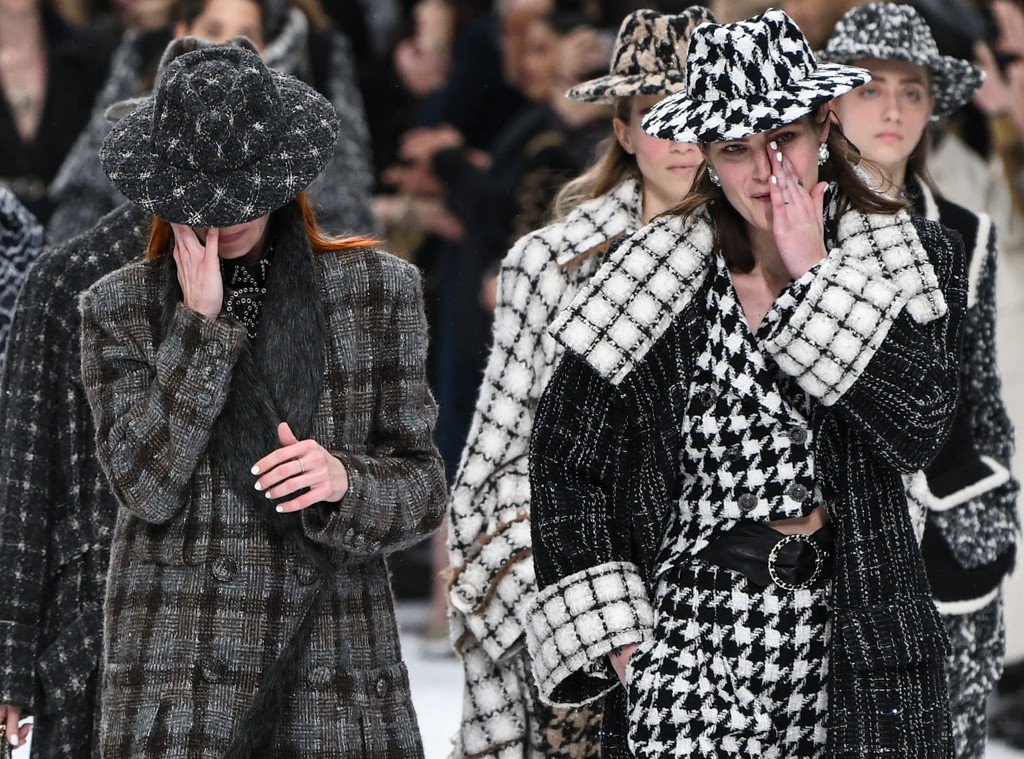 There was one very special man missing from Chanel’s show—and his absence was visibly felt.

The fashion industry suffered a great loss last month when Karl Lagerfeld, the iconic designer at the helm of Chanel and Fendi, passed away at the age of 85. Chanel carried on with its ready-to-wear fall-winter 2019 show during Paris Fashion Week on Tuesday at the Grand Palais, where the runway was transformed into a winter wonderland to evoke what the brand described as a “bright winter’s day.”

Many familiar faces attended the snowy show, including Penélope Cruz and Cara Delevingne, who strutted the catwalk in the new designs. Meanwhile, fellow stars like Janelle Mon&#225e and Kristen Stewart joined as guests, as well as longtime Chanel staple, Claudia Schiffer.

Despite the chilly atmosphere, there was no shortage of warmth as models united arm in arm for the finale of the show. A few wiped away tears, visibly affected by the emotion of the moment and Lagerfeld’s passing.

“The emotional final walk at Karl’s last @chanelofficial,” InStyle Editor-in-Chief Laura Brown captioned an Instagram video of the moment. “Just like he said in an interview played before, it was like ‘Walking through a painting.'”

Brown also documented a sketch by Lagerfeld of him and Coco Chanel walking together given to attendees. “The beat goes on…” he wrote above them. “Yes it does. Karl, I hope you were proud today,” Brown wrote with the photo.

A few models got teary-eyed as the show came to a close.

Cara Delevingne embraced her fellow models at an emotional moment.

A Round of Applause

The models broke out into applause on the catwalk.

Cara Delevingne helped up peace signs as the group strutted down the runway.

The Oscar winner toted a white rose down the runway in honor of Lagerfeld.

The model’s ensemble featured a mix of black and white prints.

The supermodel brought a pop of color to the show in red pants.

The actress rocked an asymmetrical jacket.

The actress posed in a black and gray ensemble.

The actress sported a bodysuit emblazoned with a Chanel logo print.

The iconic supermodel was dressed to impress in a printed ensemble with gold accents.

The legendary actress kept warm in a tweed wrap coat.

“What an honor it has been to walk the last @chanelofficial show designed by #karllagerfeld,” Cruz wrote online. “What an emotional moment!!!”