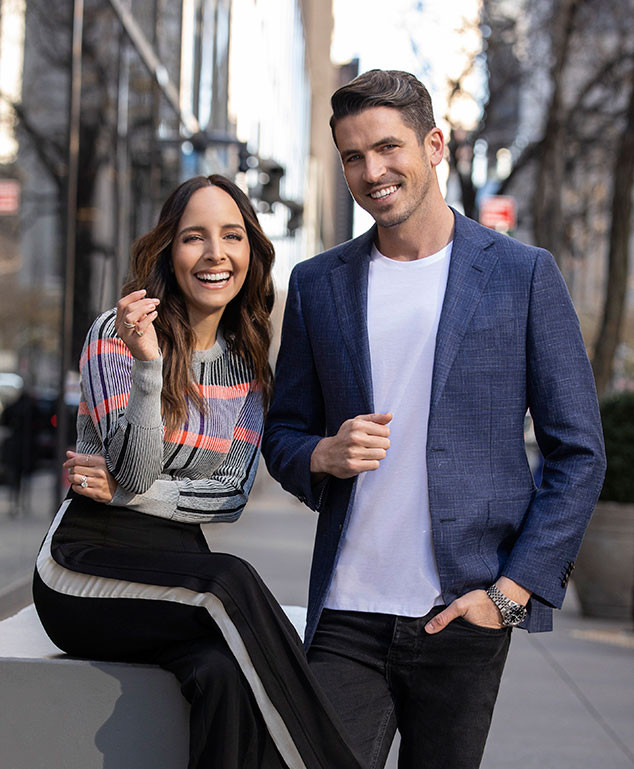 Scott Tweedie may be new to E!, but he’s a veteran on a red carpet.

At the start of December, the Australian entertainment reporter was named co-host, alongside Lilliana Vazquez, of the New York-based E! News and Pop of the Morning. And we’re certainly happy to welcome Tweedie to the E! family as he has already blazed quite a trail for himself down under.

Hailing from Sydney, Tweedie comes to E! News and Pop of the Morning with several impressive credits—including Dancing With The Stars Australia, his own spin-off show for the global smash-hit show, I’m A Celebrity Get Me Out Of Here and Network 10’s morning show Studio 10. He also hosted one of the country’s most watched weekly music programs, called The Loop.

And that’s just some quick highlights from his resume.

Furthermore, Tweedie has paired his A+ reporting skills with a killer red carpet style, making him a perfect fit for the E! team. Whether Tweedie is rocking a classic tuxedo or sleek streetwear, he always looks picture perfect.

For a peek at Tweedie’s best red carpet looks, be sure to scroll through the images below!

The new E! personality rocks stylish streetwear while attending Move in the City at Royal Hall in 2018.

Tweedie dresses in his finest suit for the 2019 GQ Men of the Year Awards in Sydney.

Mr. Grey Will See You Now

The E! News and Pop of the Morning co-host hits the red carpet in a dark ensemble.

While walking the step-and-repeat at the Summer & Star Official Launch, the Australian entertainment reporter wears a cool, seasonal outfit.

Tweedie rocks a velvet, burgundy dinner jack at the Australian premiere of Rocketman.

The TV personality pairs a letterman jacket with ripped jeans at the Spotify Cosmic Playlists event.

The TV presenter wears a navy suit to the 57th Annual Logie Awards.

When it comes to fashion, Tweedie doesn’t hold back, especially on Melbourne Cup Day.

Tweedie selects a classic suit for the Emerald and Ivy Ball at Sydney Town Hall.

Don’t forget to congratulate Tweedie and Vazquez on their E! debut.