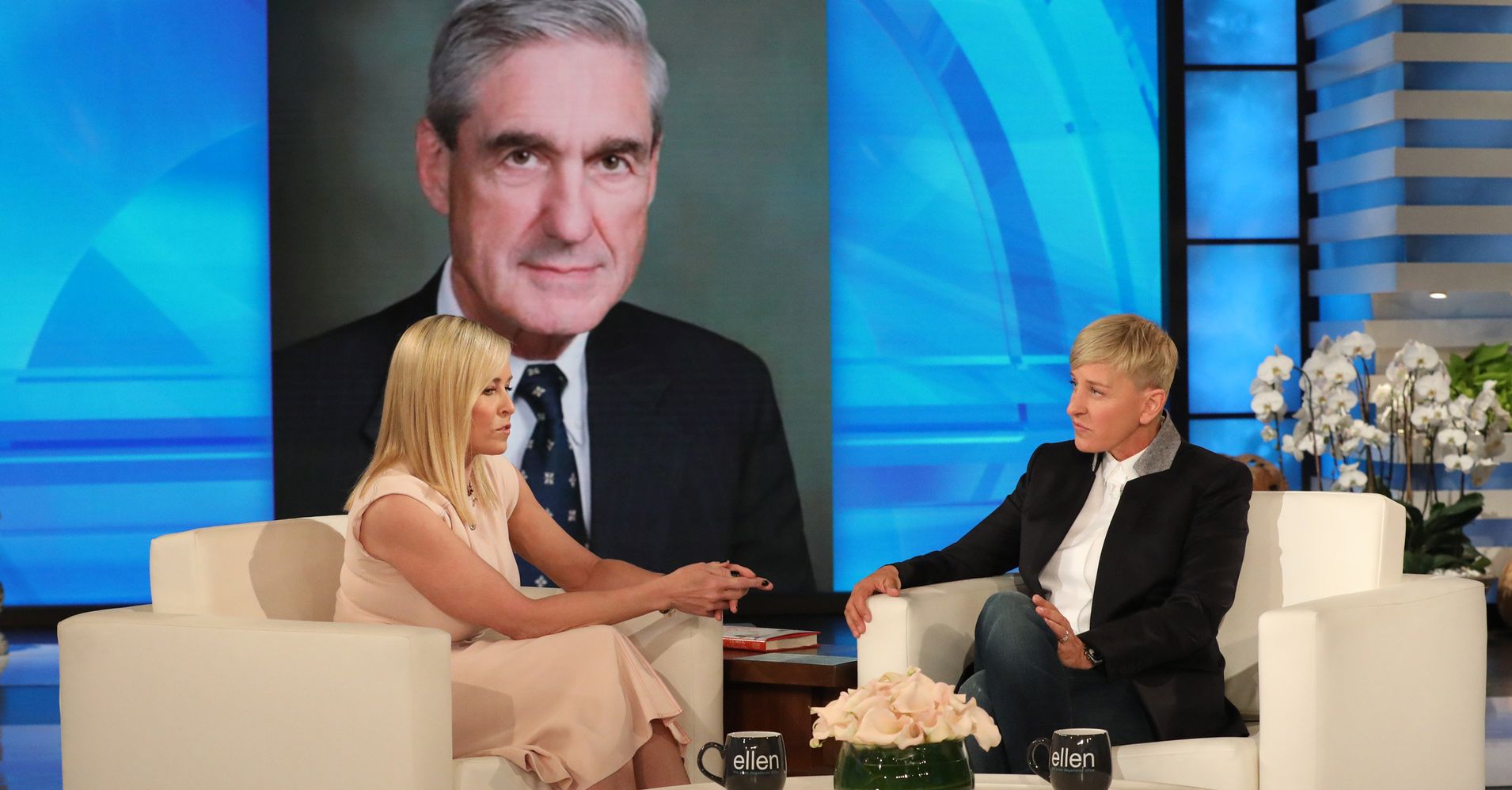 Chelsea Handler said she and Ellen DeGeneres have a “brutally honest” friendship. Based on the author and comedian’s Monday appearance on “The Ellen DeGeneres Show,” she wasn’t kidding.

In her new memoir, “Life Will Be the Death of Me,” Handler expressed a surprising, um, affinity for special counsel Robert Mueller, who led the inquiry into links between the Trump campaign team and Russian interference in the 2016 election.

She reiterated her leanings on Monday, telling DeGeneres, “I’m sexually attracted to Robert Mueller. … I have a daddy issue. … I talk about that in my book.”

Noting that she’s “been attracted to older men for quite some time,” Handler added, “He’s in his early 70s and from what I can tell, underneath his business attire, there is a six-to-eight pack, still. … He was a Marine. If you can keep your act together for that long, I want to talk about penetration.”

Expressing her interest in Mueller on national television, she explained, was part of a larger overall effort to catch his eye.

“I know he’s married and I respect that, but that doesn’t mean I don’t have the feelings I have,” Handler quipped. “I just want to communicate, you know what I mean, with him preferably, but if I can’t communicate to him directly, I’ll do this on TV.”

Later in the interview, Handler opened up further about her new book, which hits retailers on Tuesday and was partly inspired by her decision to seek out a psychiatrist after years of shrugging off therapy.

“I wasn’t taking seriously enough the things that happened to me during my childhood,” she said. “My brother died when I was 9 years old, and even though I knew that was a huge injury, I thought I was too smart to go to therapy and unpack that pain and heal myself.”

Now, she said she understands that “it’s OK to be in pain.”

“Your pain is legitimate no matter what happened to you,” Handler said. “You don’t have to be raped or sexually insulted for you to have real pain. We’re all injured.”