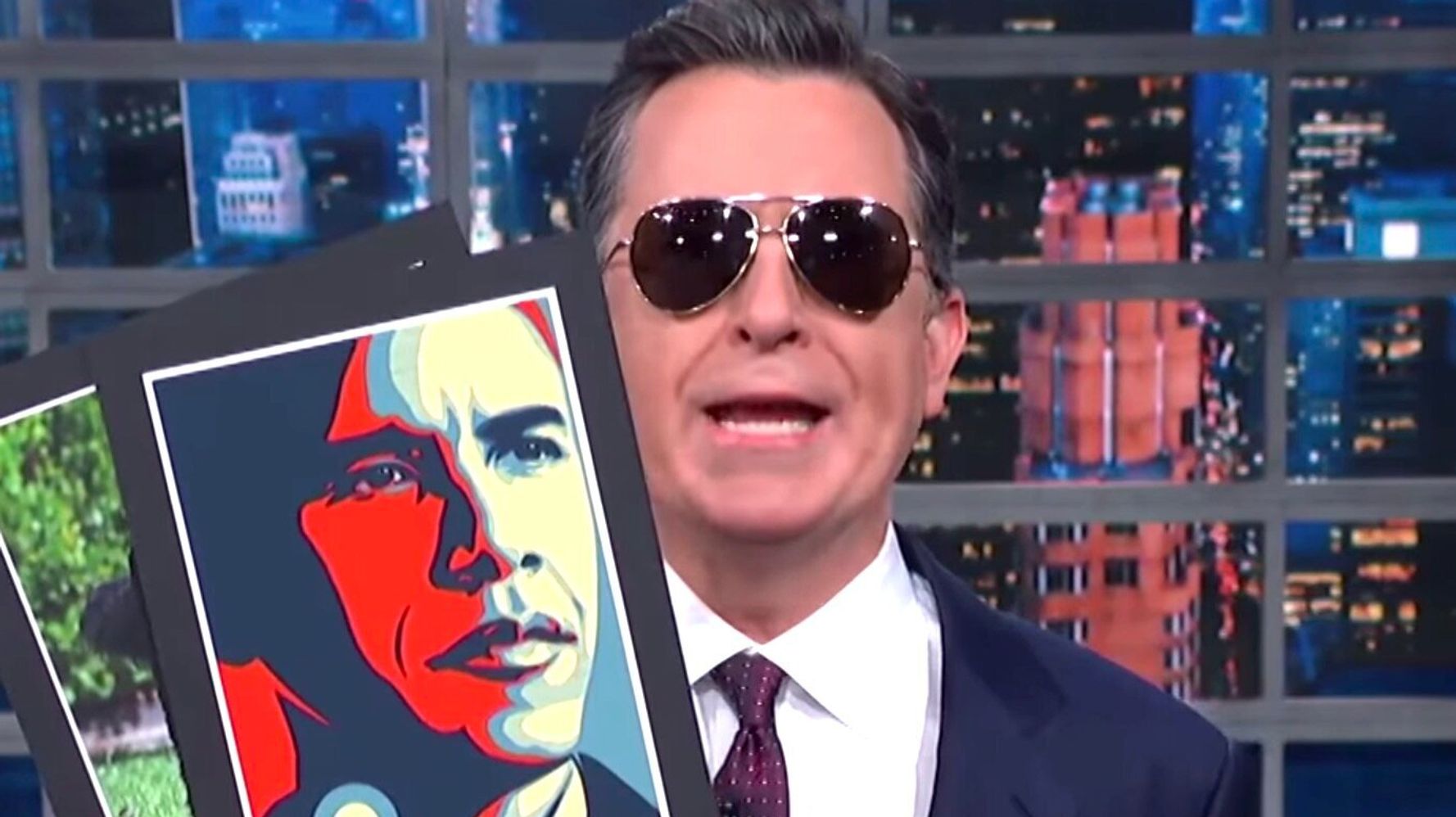 And he broke out his sunglasses for former Vice President Joe Biden.

Biden’s campaign is reeling after finishing a distant fourth in the Iowa caucuses, then falling to fifth place in New Hampshire’s first-in-the-nation primary.

Now Biden’s pointing out that few of the nation’s Black and Latino voters have had a chance to cast a Democratic primary ballot yet.

“Well, sure, that’s because the first two states to vote are Iowa and New Hampshire,” Colbert cracked. “Which are so white you have to go to the supermarket’s international aisle to buy pepper.”

Biden is looking ahead to South Carolina’s Feb. 29 primary, when he hopes Black support will help put him over the top.

He’s been criticized for using his time serving under President Barack Obama to appeal to those voters… and that’s when Colbert broke out his Biden impersonation:

TONIGHT: The Democratic primaries are underway! Nevada and South Carolina are up next! #LSSC pic.twitter.com/TZpzNQqemm

President Donald Trump has been giving the late shows plenty of fodder this week as he struggles...

Rihanna Talks Allyship At 2020 NAACP Image Awards: ‘Tell Your Friends To Pull Up’

Rihanna accepted the President’s Award at the 51st NAACP Image Awards on Saturday. The...

Chance The Rapper celebrated Lizzo’s inspirational journey to stardom with an old video...