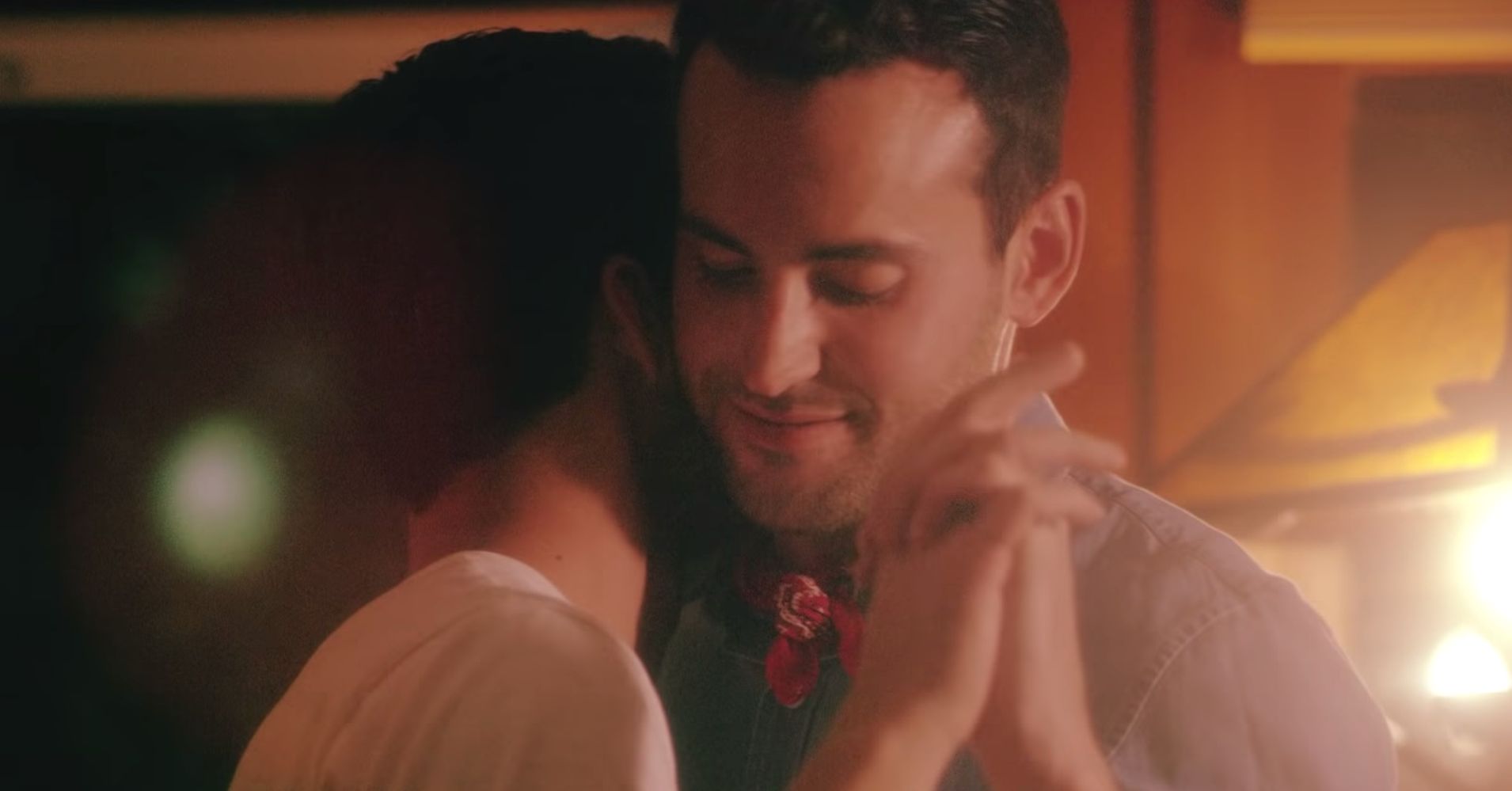 The retro-styled “Dancing in the Living Room,” above, shows couples of varying ages, races and genders swaying gently in time with the music. As the song reaches its climax, Hawthorn himself joins in, embracing his male partner tenderly before sharing a dance.

“I remember always thinking how special it was to dance freely with my boyfriend in the living room of our apartment — being gay, it’s not as easy to dance as a couple in public together as it is for a straight couple,” Hawthorn, who originally hails from Kansas, told The Advocate in an interview published March 8. “I wanted to express how special that moment is for a couple, when it’s just the two of you in the privacy of your own four walls.”

Though country music has traditionally been viewed as conservative, the genre boasts a small (but vocal) number of openly queer personalities like CMT host Cody Alan, as well as artists Chely Wright and Ty Herndon. Last fall, singer-songwriter Brandon Stansell recalled his own coming-out experience in “Hometown,” the video of which debuted to significant buzz on the country music network CMT.

“Dancing in the Living Room” is being touted as Hawthorn’s public coming-out moment, but he identified himself as gay in a November 2018 Instagram post after viewing the film “Boy Erased,” starring Nicole Kidman and Lucas Hedges.

“My journey getting here has taken many years and hasn’t been easy,” he wrote. “There has been a lot of confusion, doubt, heartbreak and pain along the way. But also a lot of freedom, openness, and love.”

“I’m so happy that I can finally stand proud in being who I am. And owning that whole-heartedly,” he continued. “I sadly and narrow-mindedly used to think that when people ‘came out,’ they had lost themselves, given themselves up to the wrong ‘sinful’ side, and just simply given up. But that is actually the complete opposite of what coming out is. It’s finding yourself, understanding yourself more fully, believing that you were made exactly the way you were supposed to be made.”

“Dancing in the Living Room” is Hawthorn’s first new single in two years. His self-titled 2017 EP featured the songs “Road Trip” and “Take Me to the Water.”