DaBaby is released from jail on $1,500 bond after being arrested for battery in Miami

DaBaby is released from Miami jail on $ 1,500 bond… after being arrested for battery and ‘robbing a concert promoter in dispute over payment’

By Tracy Wright and Brian Gallagher For Dailymail.com

DaBaby was released from jail in Florida on Saturday night stemming from an arrest earlier in the week.

The Grammy-nominated rapper posted $ 1,500 bond and was bailed out of the Turner Guilford Knight Correctional Center in Miami.

While he was initially arrested on a battery charge and was also being held on an arrest warrant out of Texas, TMZ reported that Dallas authorities ‘withdrew’ the warrant and aren’t saying why. 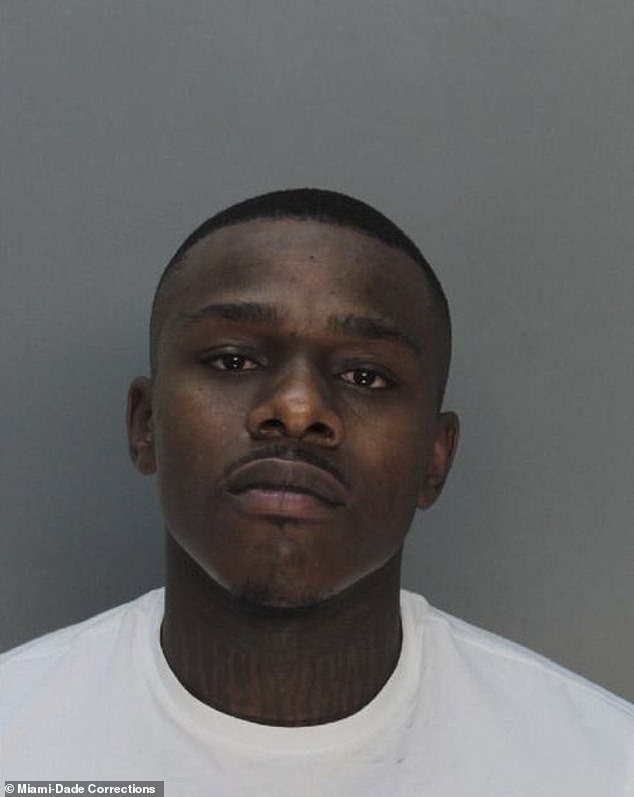 Mug shot: Grammy-nominated rapper DaBaby was arrested on a battery charge in Miami on Thursday night

The 28-year-old allegedly robbed a concert promoter of an iPhone 7, $ 80 in cash, a credit card and then doused him with apple juice, according to TMZ.

DaBaby believed the alleged victim had short changed him after paying him $ 20,000. DaBaby said he was owed $ 30,000, according to the report.

A second victim was allegedly punched in the face during the altercation.

Video of the incident showed several men, who are reportedly members of DaBaby’s crew, appearing to jump a man and take his money and other possessions. 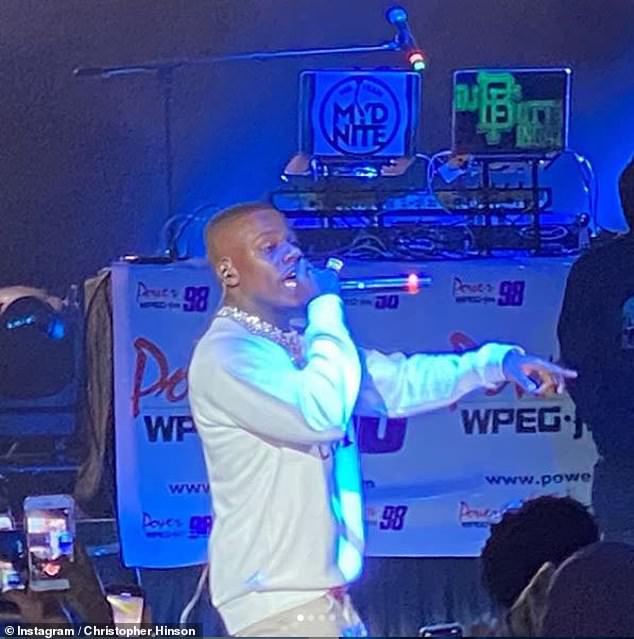 Detained: The holiday season hasn’t been too happy for rapper DaBaby, who was brought in and detained by cops in connection to a Miami robbery on Thursday

The men then all got into a black SUV and started to pull away while the victim got up, but before the SUV left, one of the men ran out of the back seat and knocked him to the ground before getting back in the car and leaving.

After his arrest, authorities learned there was a warrant in Texas for Kirk’s arrest on battery charges. There were no details available about the Texas case.

He was expected to make a first appearance in court on Friday, and will stay in custody until further notice, Miami-Dade Corrections spokesman Juan Diasgranados said in an email. 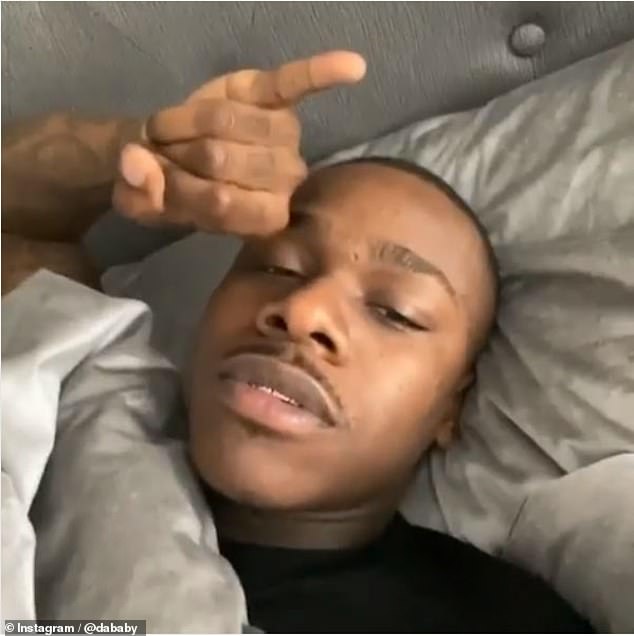 The 28-year-old allegedly robbed a concert promoter of an iPhone 7, $ 80 in cash, a credit card and then doused him with apple juice, according to TMZ

Kirk, 28, who is best known for his single Suge, was in South Florida for a New Year’s Eve performance at a Miami Beach nightclub.

This comes after he was handcuffed and cited Dec. 23 in his hometown of Charlotte, North Carolina, on charges of marijuana possession and resisting an officer.

Police in that case said officers working outside the concert venue, Bojangles Arena, noticed a strong smell of marijuana coming from the van that brought Kirk there. Officers say they approached the vehicle and could see marijuana in plain view through the windows by using their flashlights.

The police statement said that gave them probable cause to take further action. Officers said they waited until after the concert and approached Kirk as he was exiting the venue around 11 p.m., but he walked away and refused to speak to them.

They eventually detained him in handcuffs and searched the vehicle.

Officers, who said they found less than a half-ounce (14 grams) of marijuana, took him to the sheriff’s department but decided ultimately to issue him citations and let him leave in lieu of making an arrest. 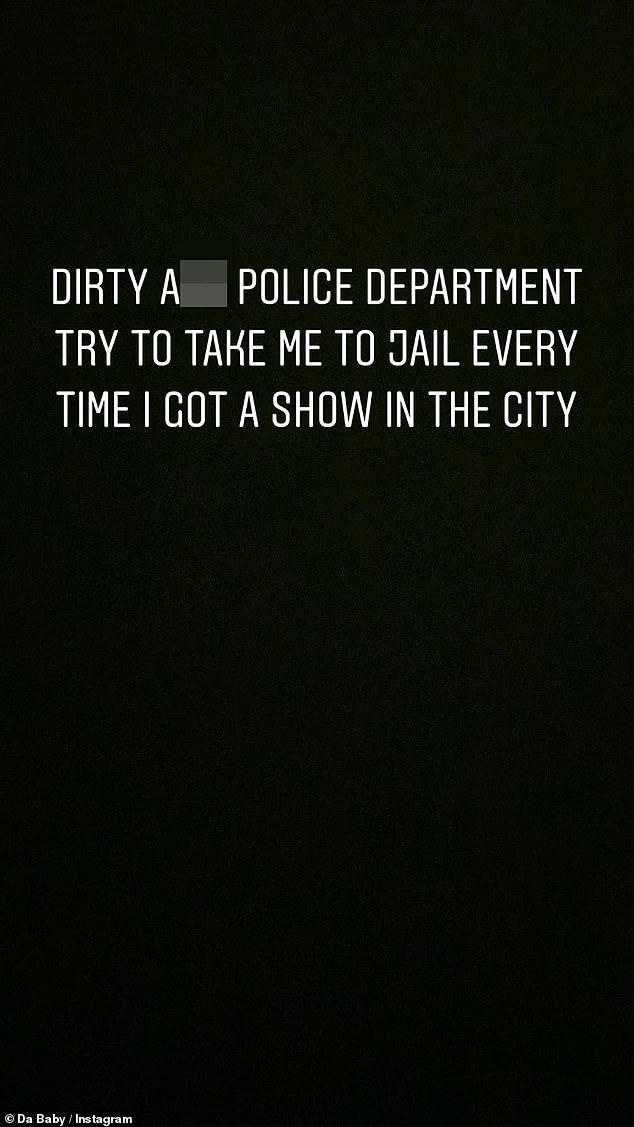 ‘Dirty cops’: Following his arrest on December 23 in Charlotte, North Carolina, he took to his Instagram story to state, ‘Dirty a** police department try to take me to jail every time I got a show in the city’

Kirk later told reporters he believes officers unlawfully searched his car while he was on stage .

‘They follow me, they pull us over for no reason, they search our cars,’ Kirk said.

He took to his Instagram story to state, ‘Dirty a** police department try to take me to jail every time I got a show in the city.’

The rapper claimed that 15 cop cars swarmed his vehicle after leaving the venue, and upon conducting a search, they found marijuana.

The department said it has launched an internal affairs investigation to determine whether officers followed all department procedures. 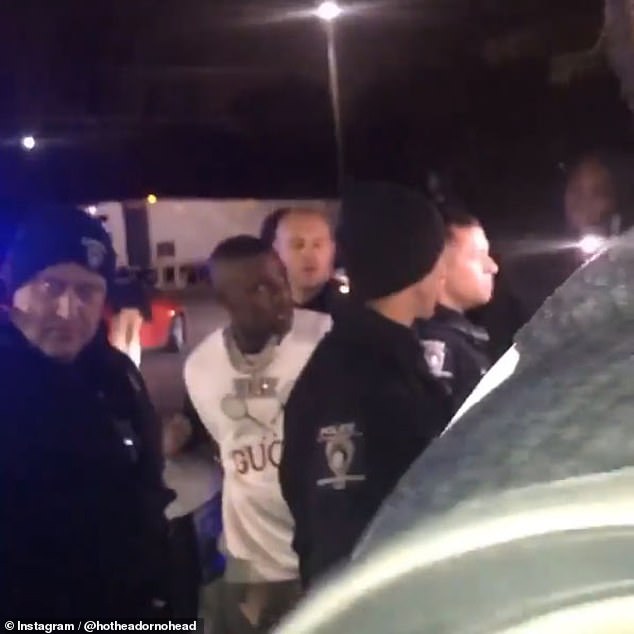 Investigation: The Charlotte-Mecklenburg Police Department has said they have opened an internal affairs investigation to determine if the cops acted properly in the Dec. 23 arrest

Before the concert, Kirk had handed out toys to underprivileged children in Charlotte.

The rapper was also arrested in early 2019 after a November 2018 altercation at a Wal-Mart, where a man was shot and killed.

DaBaby never claimed he pulled the trigger and he was sentenced to one year of unsupervised probation and a suspended 30-day jail sentence.

Aside from his legal troubles, DaBaby has had a breakout year, with his debut studio album Baby on Baby peaking at #7 on the Billboard 200 albums chart.

The lead single off his album, Suge, was a breakout hit, peaking at #7 on the Billboard Hot 100 singles charts.

His second studio album, Kirk, released in September 2019, debuted atop the Billboard 200 charts, and he performed on the December 7 episode of Saturday Night Live. 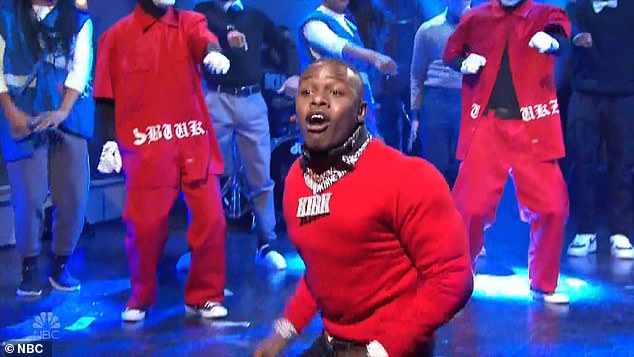 SNL: His second studio album, Kirk, released in September 2019, debuted atop the Billboard 200 charts, and he performed on the December 7 episode of Saturday Night Live

Tagged as: $1500 After Arrested Being Bond DaBaby for battery From Jail Miami Released
« NEXT | PREVIOUS »
Recommended Posts