Since then, his friends, family and cast members have been paying tribute to the young star nonstop and now, his Disney family will be doing the same.

The company has decided to honor Boyce by canceling their Descendants 3 red carpet premiere and instead, will donate to a charity near to the actor’s heart. 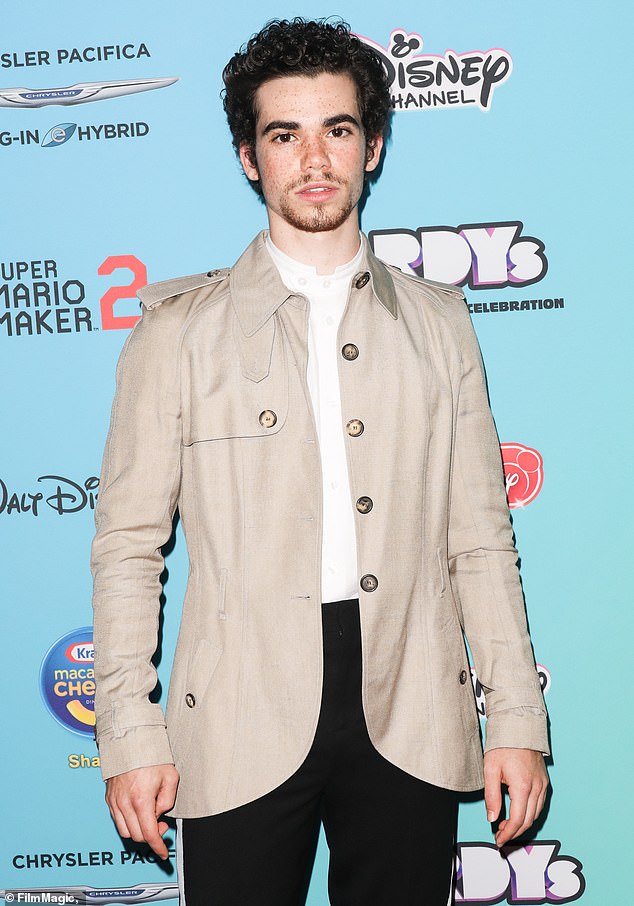 Touching: Disney announced on Thursday that they are canceling the Descendants 3 premiere in honor of Cameron Boyce, following his death at 20-years-old on Saturday

According to TMZ, Disney will make a donation in Cameron’s name to the Thirst Project – a nonprofit that delivers clean water to communities in need around the world.

The young star had raised over $ 30k for the cause himself and was outspoken about his passion for the organization.

In a press release, Disney said, ‘We are proud to be part of Cameron Boyce’s legacy by showcasing his talents on screen but we are cancelling the red carpet premiere event for ‘Descendants 3′ scheduled for July 22 and instead, The Walt Disney Company will make a donation to the Thirst Project, a philanthropic organization to which Cameron was deeply committed. Thank you for understanding.’

The Thirst Project called Boyce ‘an amazing light to many’ who ‘was always looking to help others’ in a touching Twitter post about the talent. 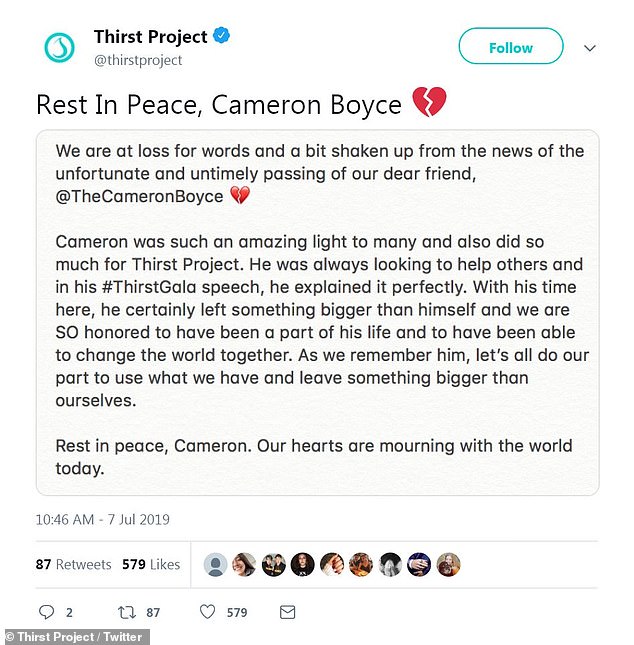 Legacy: A nonprofit Boyce worked with called the Thirst Project hailed the late actor in a memorial post 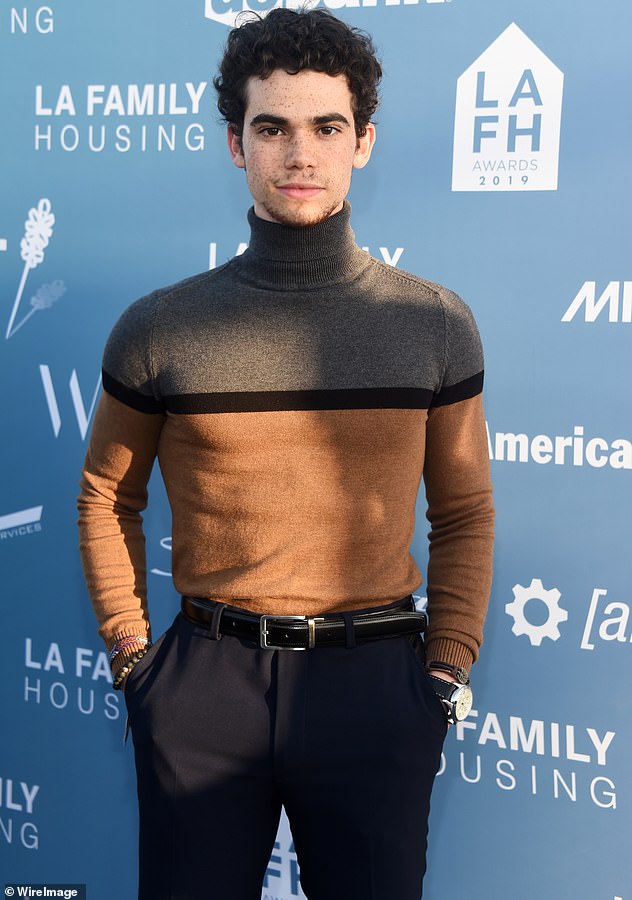 Tragic: Boyce’s family said they are ‘utterly heartbroken’ over his death in a statement. The actor was snapped in April at an event

Before his death, Cameron also opened up about making his mark in his final interview while speaking with Haute Living about how he wanted to live up to the reputation of his family in his philanthropic endeavors.

He said, ‘There’s a long line of difference makers in my family. I have plenty of ancestors and family members that I can look to for strength, and more importantly, for a grateful outlook on life.’

Boyce also cited his relatives in his passion for charity: ‘I’m following in the footsteps of some really strong men and women who have showed me what it means to give back; it’s the greatest way to fulfill yourself.’

Boyce also made a name for himself by acting in Jake And The Never Land Pirates and the Disney XD series, Gamers Guide To Pretty Much Everything.

Disney also intends to dedicate the telecast of the flick in Cameron’s memory. 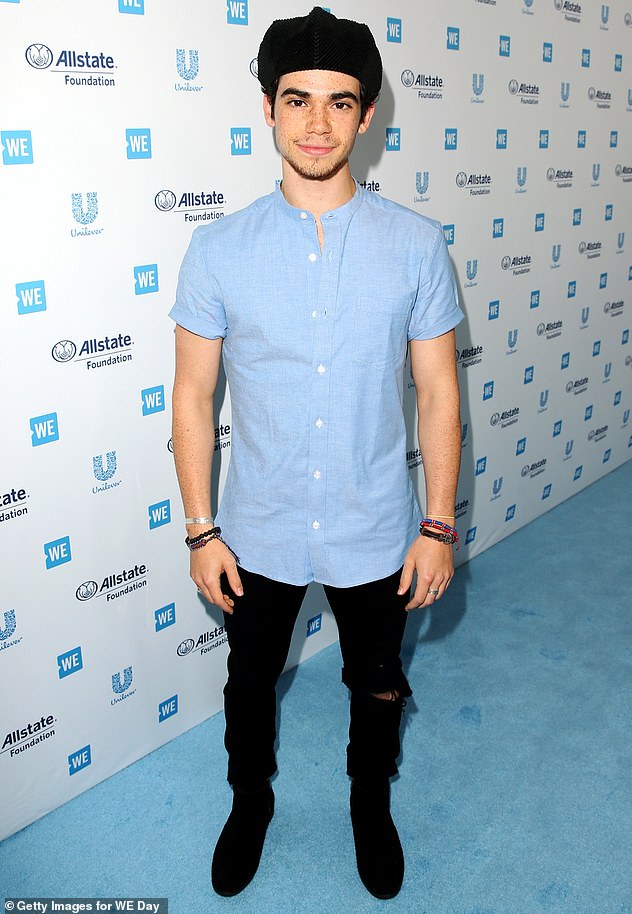 Proud: Boyce said that ‘a long line of difference makers in [his] family’ fueled his desire to give back. He was snapped in April in LA