Gabrielle Union and husband Dwyane Wade sell their $5.7million LA mansion after a year on the market

Gabrielle Union and Dwyane Wade sell their $ 5.7million LA mansion for half-a-million less than their initial asking price… after a year on the market

By Deirdre Simonds and Lizzie Smith For Dailymail.com

Dwyane Wade and Gabrielle Union have sold their sprawling Sherman Oaks property for $ 5.7million, after slashing the asking price by half-a-million in January.

The five-bedroom, nine-bathroom mansion was listed for $ 6.2million last March, just days before the COVID-19 outbreak was declared a pandemic by the World Health Organization. 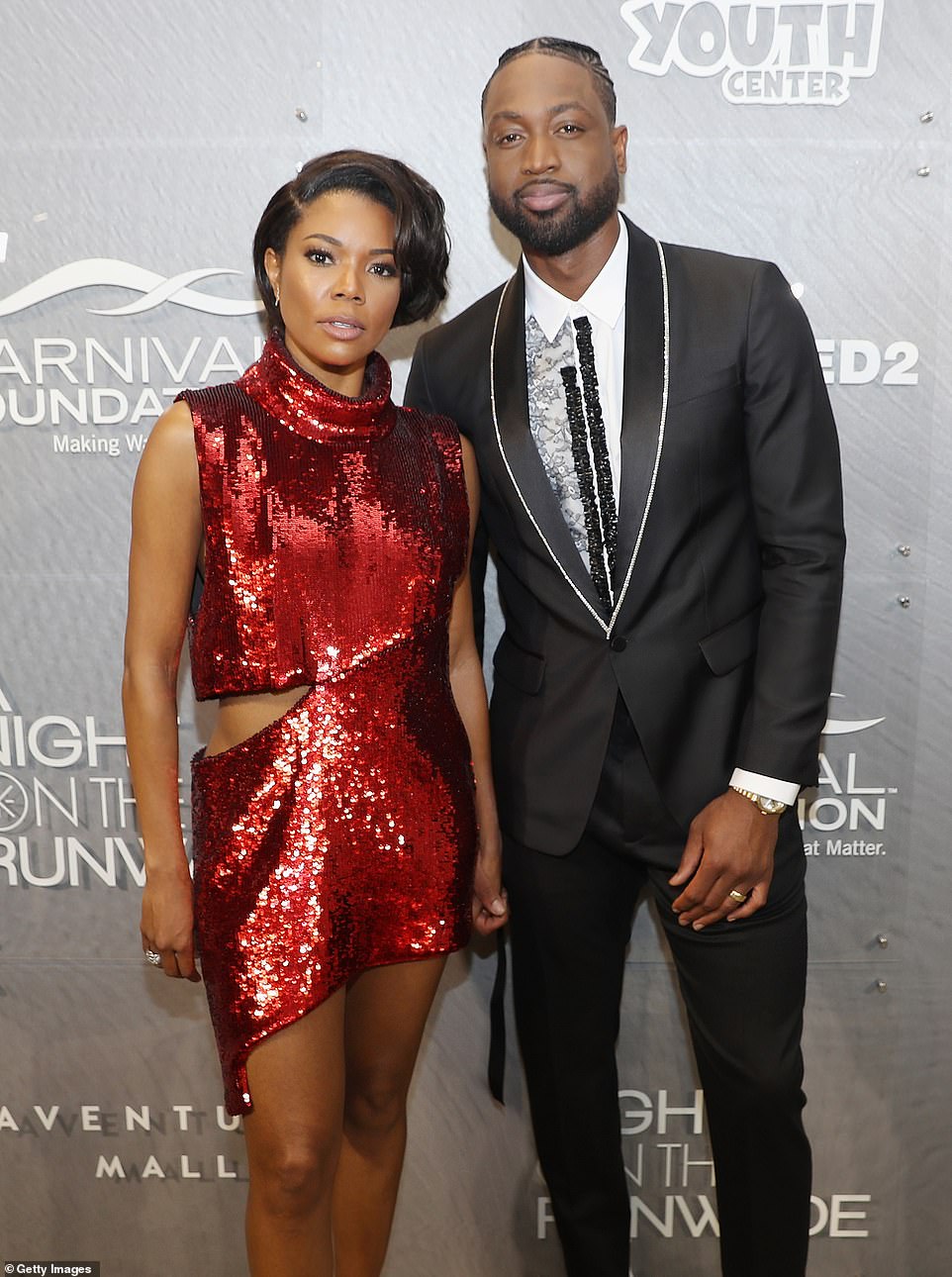 Offloading: Dwyane Wade and Gabrielle Union have sold their sprawling Sherman Oaks property for $ 5.7million, after slashing the asking price by half-a-million in January; seen in 2019 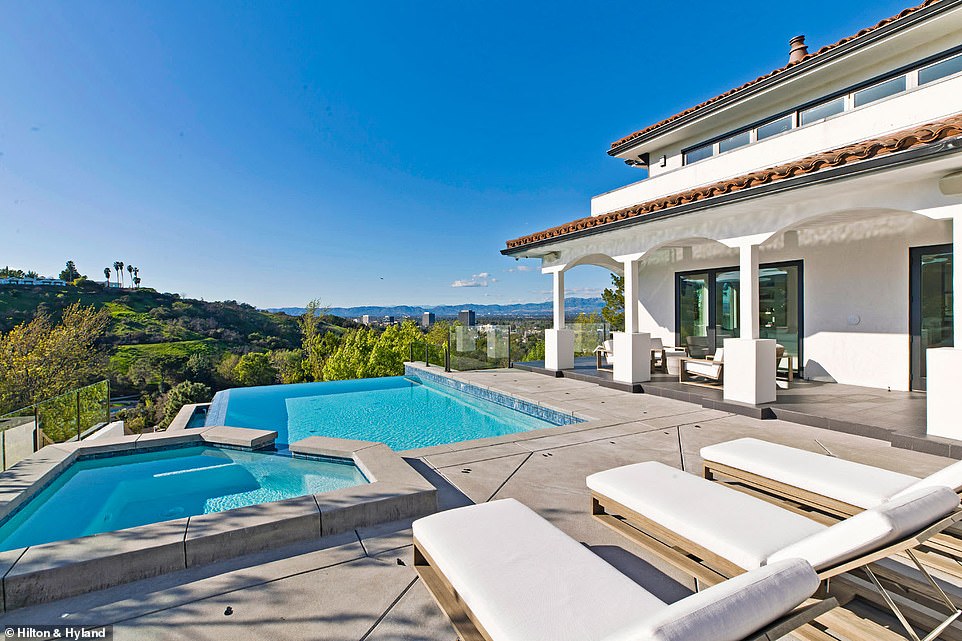 On the market:  Wade and Union initially listed their five-bedroom Los Angeles mansion for $ 6.2m complete with infinity pool and canyon views

Basketball player Dwyane is father to four children – Zaya, 12, and Zaire, 18, with his ex-wife Siohvaughn Funches, as well as six-year-old Xavier with Aja Metoyer, and two-year-old Kaavia with Gabrielle.

The mansion is of contemporary design and features an elaborate metal staircase which connects three levels, wrap around balconies and multiple French doors, which flood it with light.

Situated on a private road on a gated estate, the 8,500-square-foot Mediterranean-style property has dark wooden floors, French doors, a home theater and a temperature-controlled wine room. 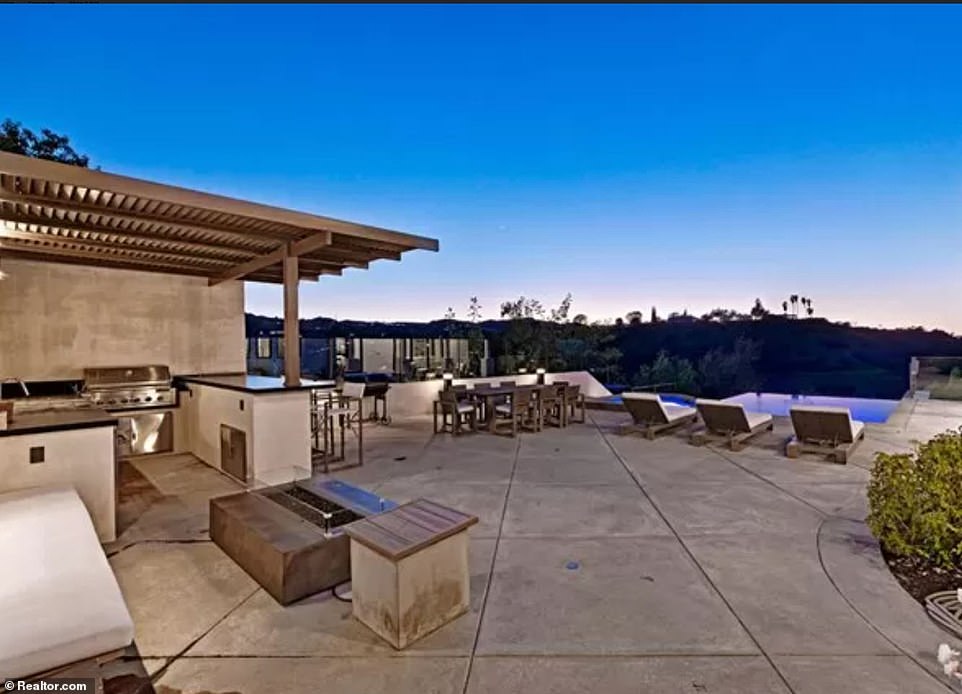 Incredible: The backyard was designed for those who love to entertain 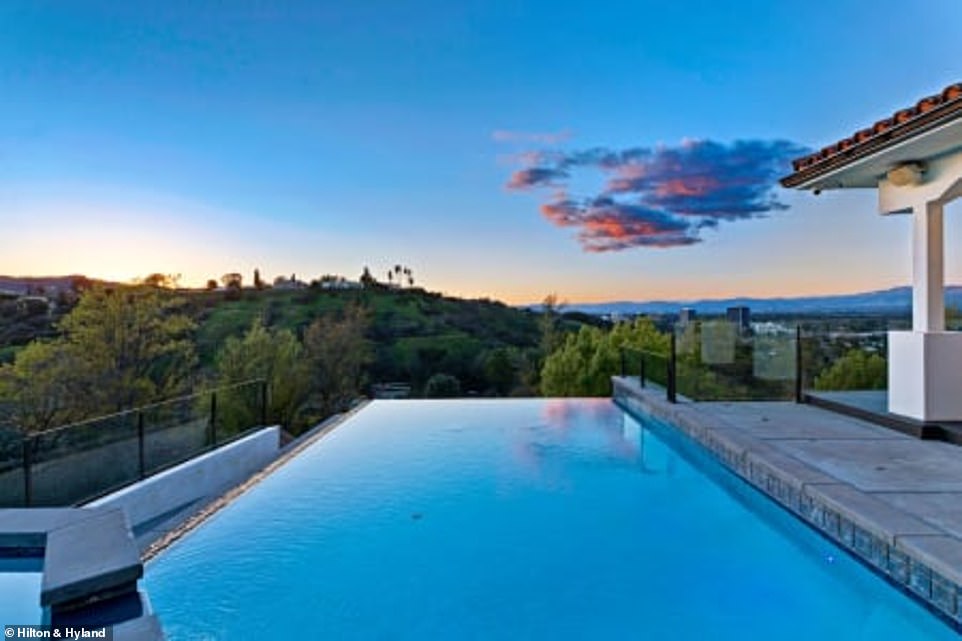 Paradise: The new owners will be able to swim with views of the mountains 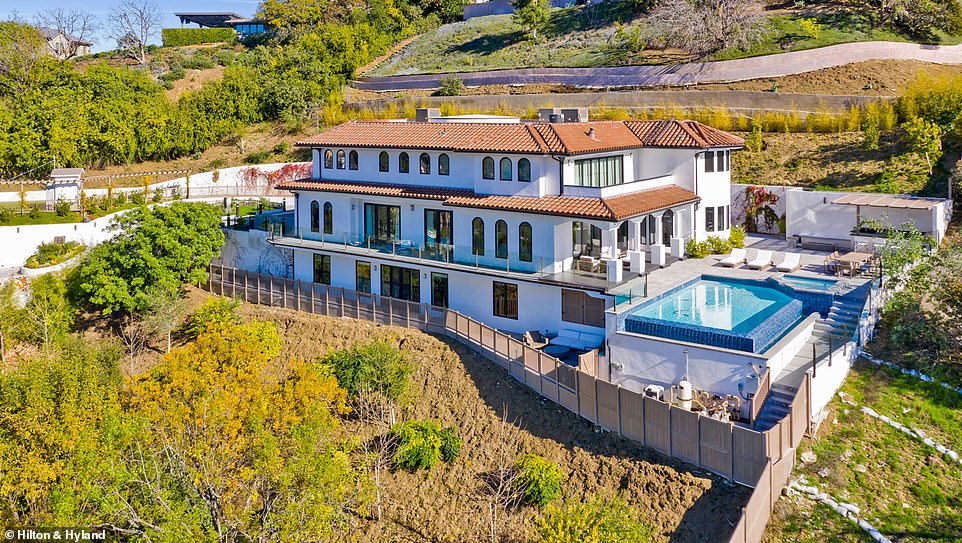 Stunning: The sprawling Sherman Oaks property features expansive 180-degree canyon views which can be seen from the large infinity pool and hot tub 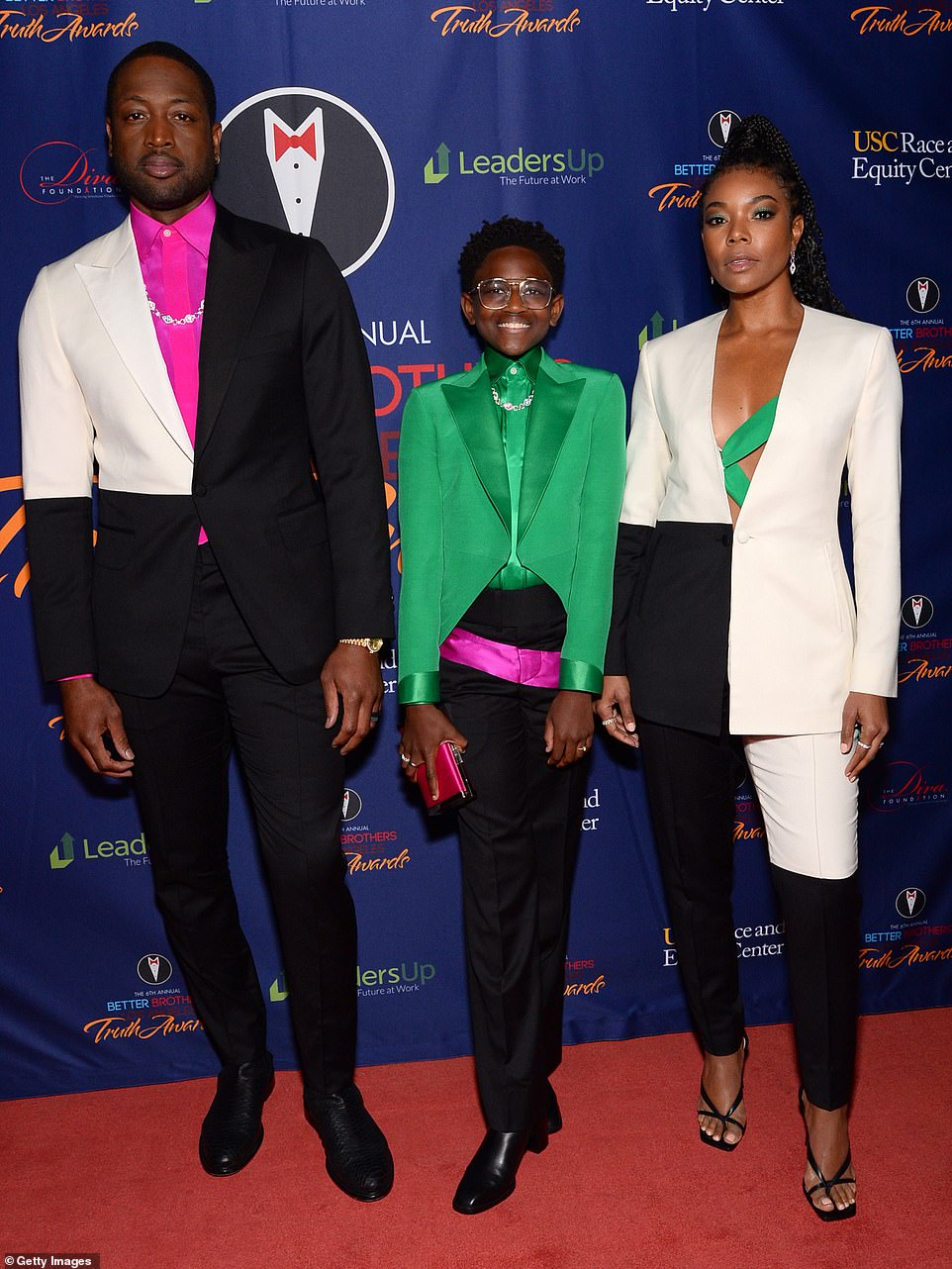 At the time, the couple had recently supported Dwyane’s daughter Zaya in her decision to come out publicly as transgender, covering the topic in his documentary, D. Wade: Life Unexpected. 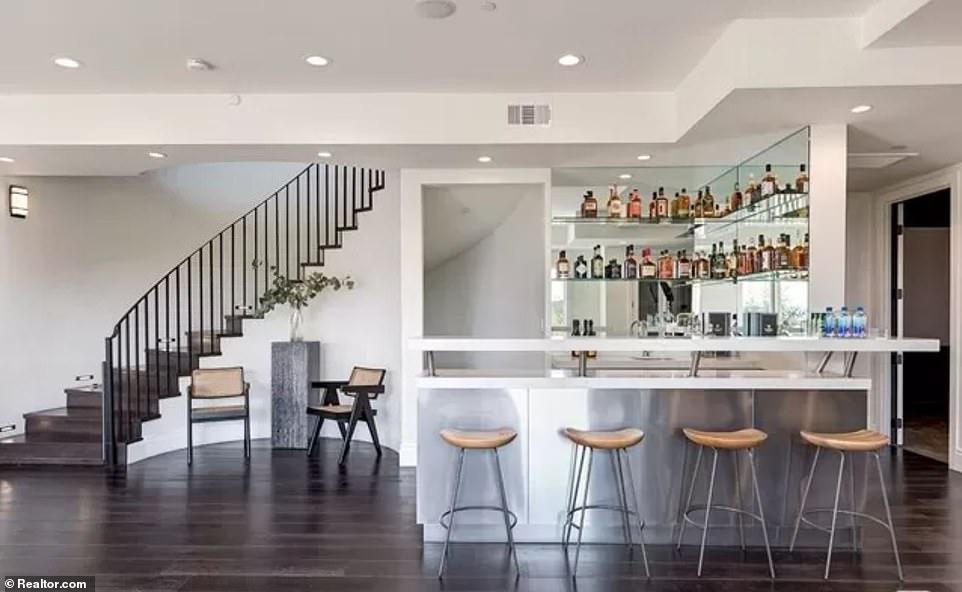 Cheers! A spiral staircase leads to a home bar 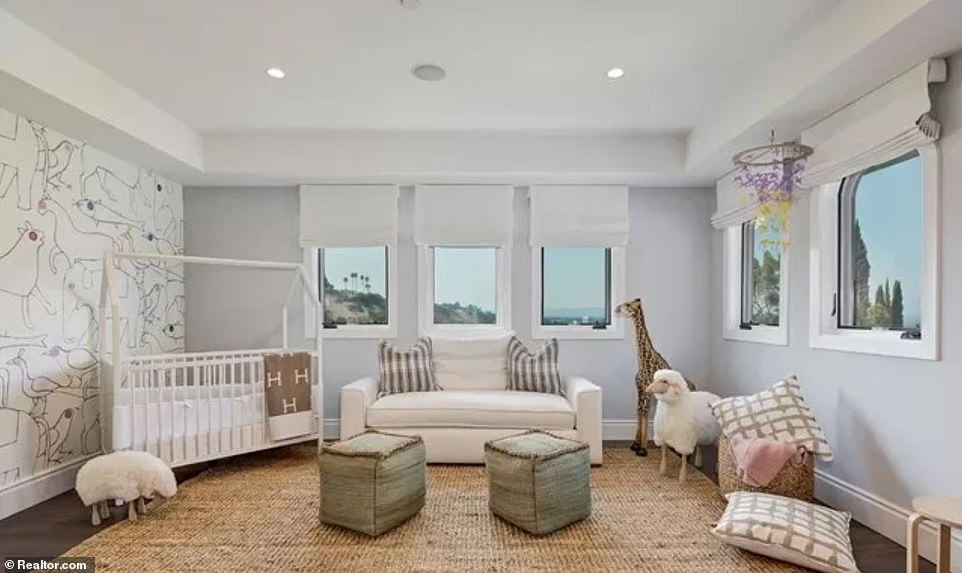 A beautiful nursery was decorated with stuffed animals, an Hermes blanket and had views of trees and moutains 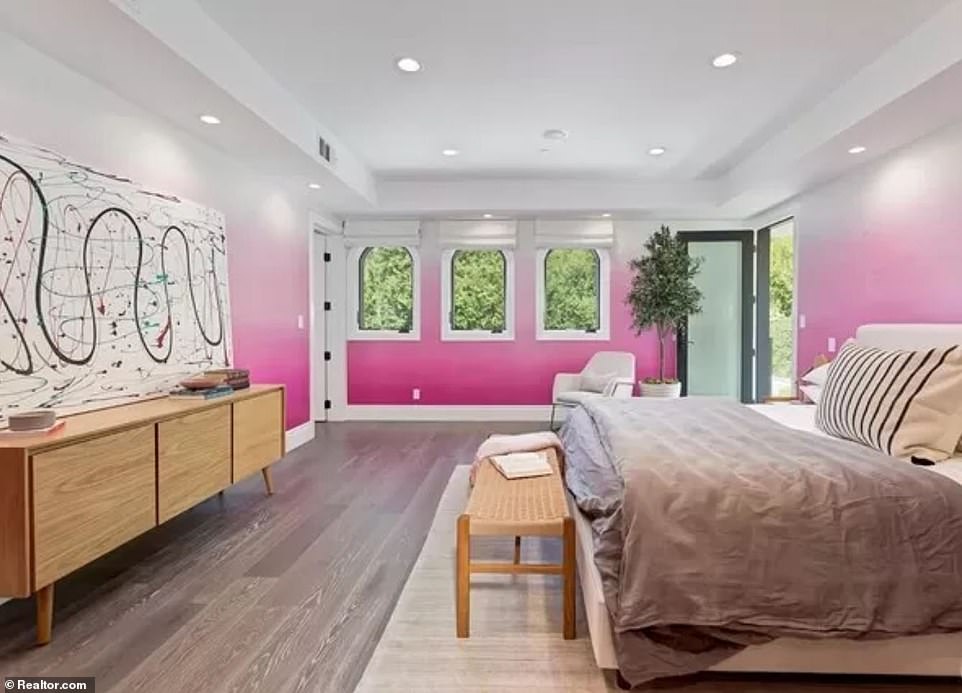 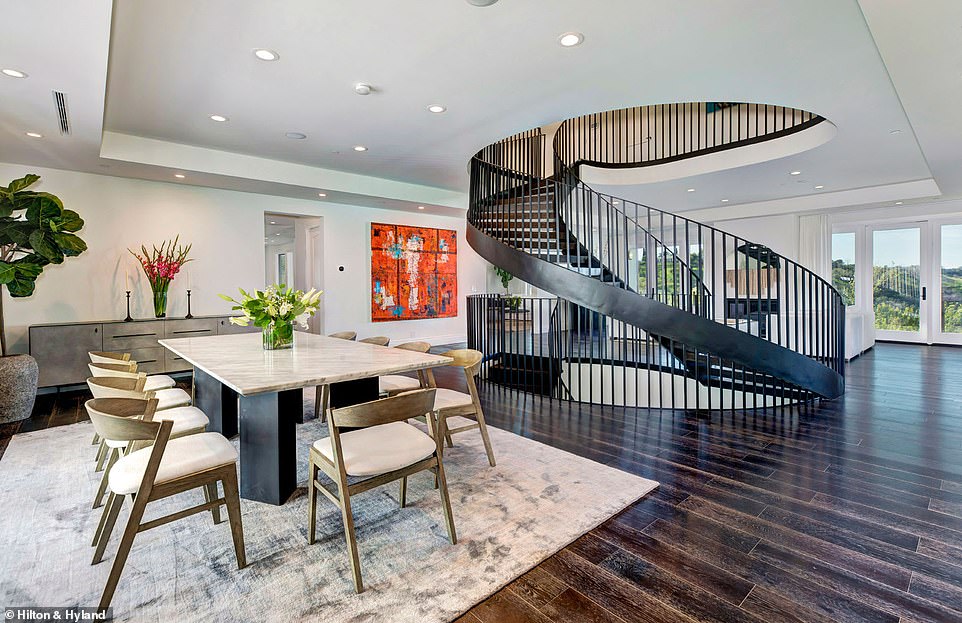 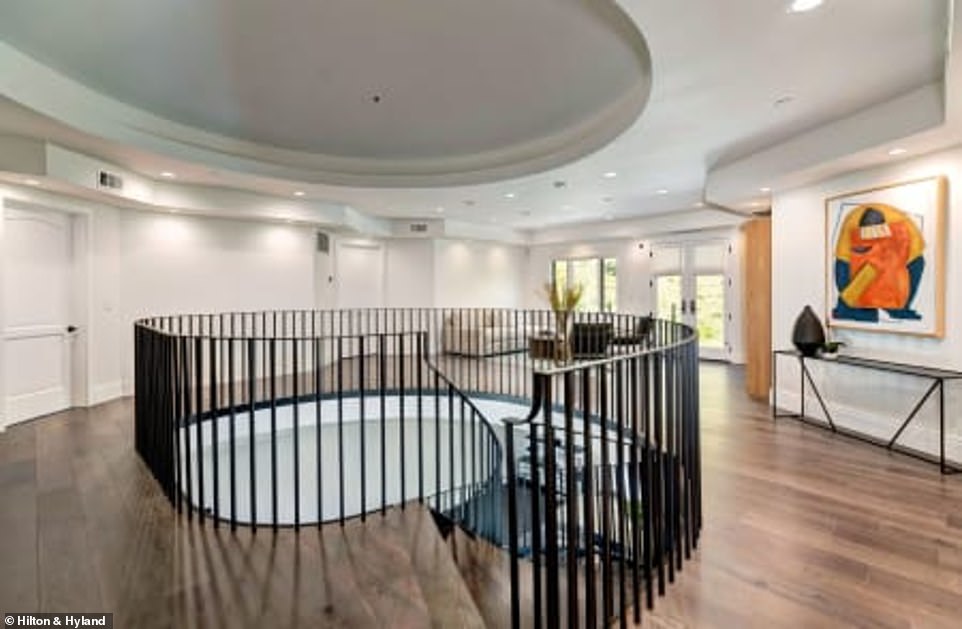 Secure: The property is situated on a private road on a gated estate 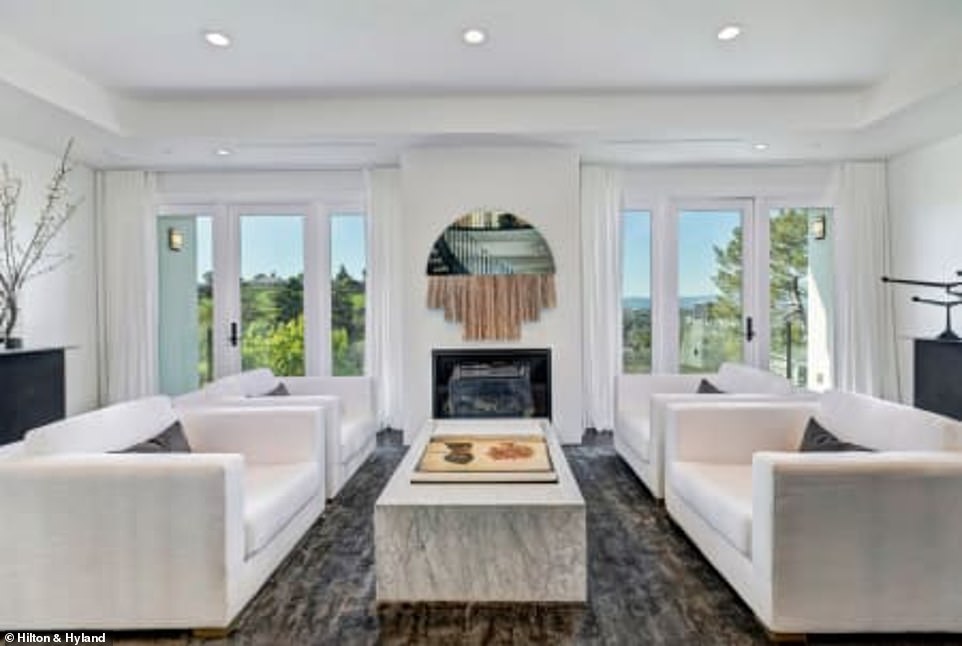 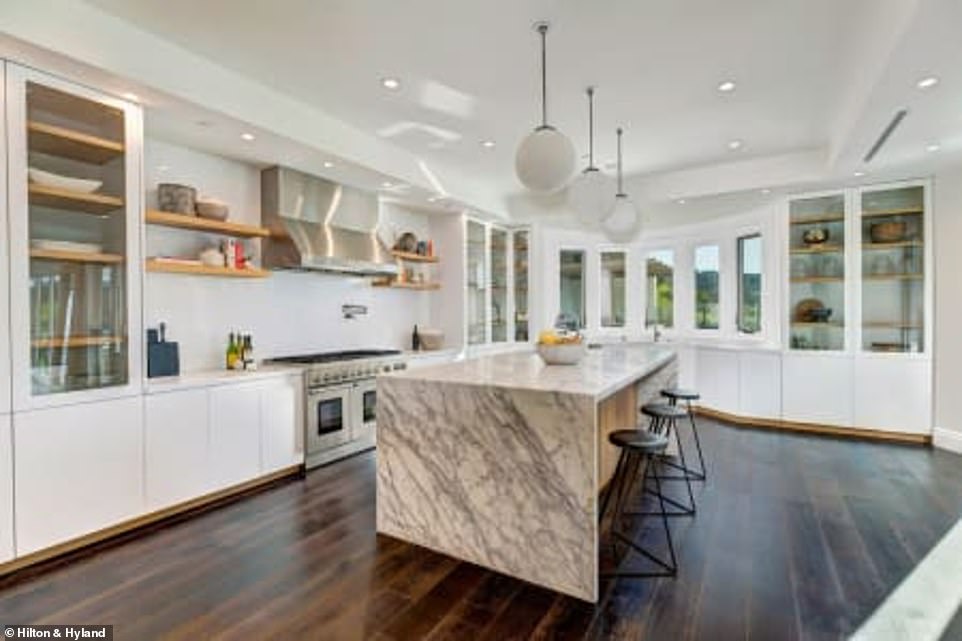 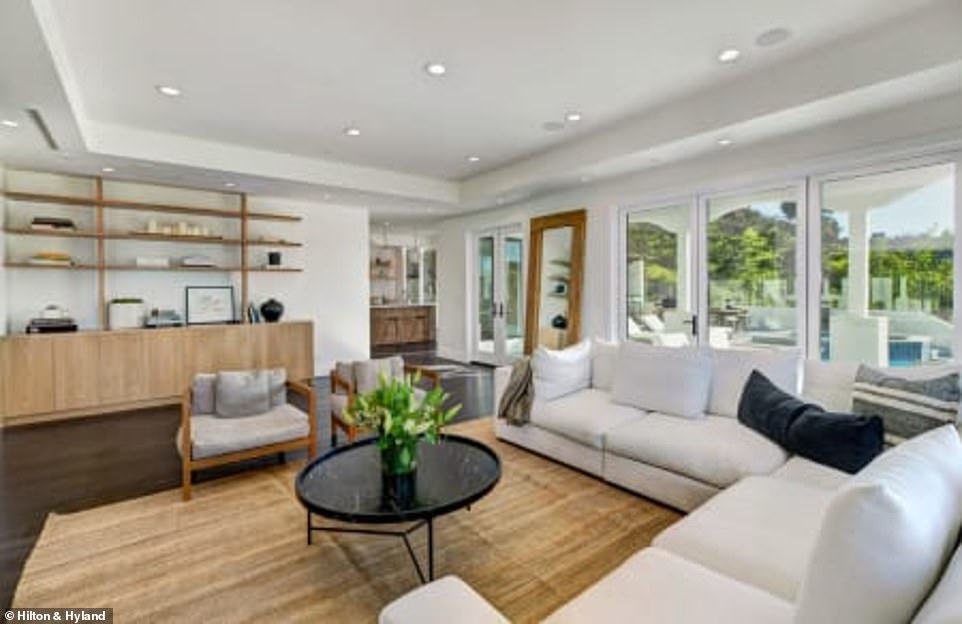 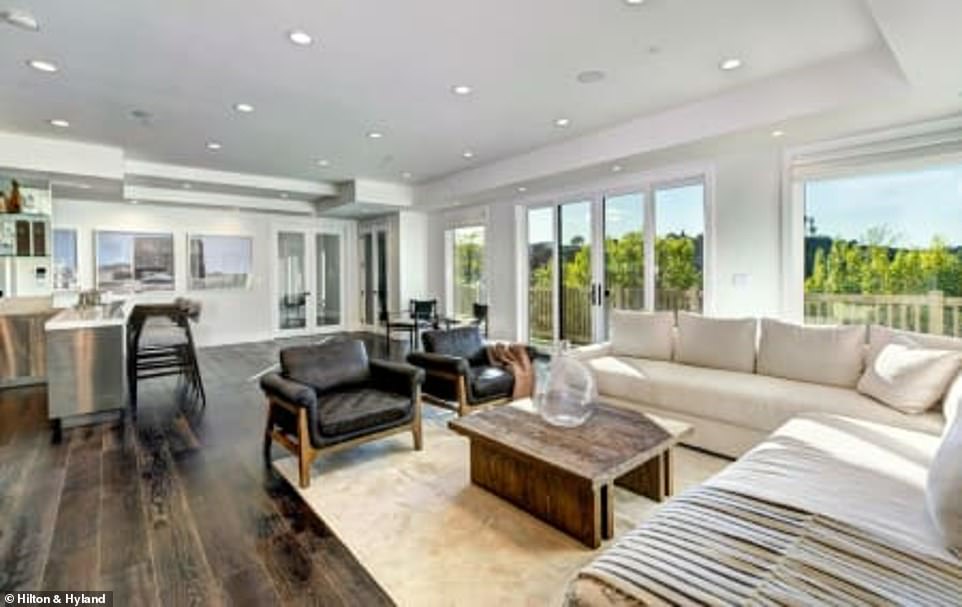 Take a perch: A seating area sits next to the kitchen

‘We struggled with what people would say about a 12 year old making a decision about her life. But we also know our child.

‘We’ve been through so many different things that other people and other families go through and they thank us for speaking out on it.

‘That’s what we’re trying to do. We know there are other families out there dealing with their kid finding themselves and learning who they are.’ 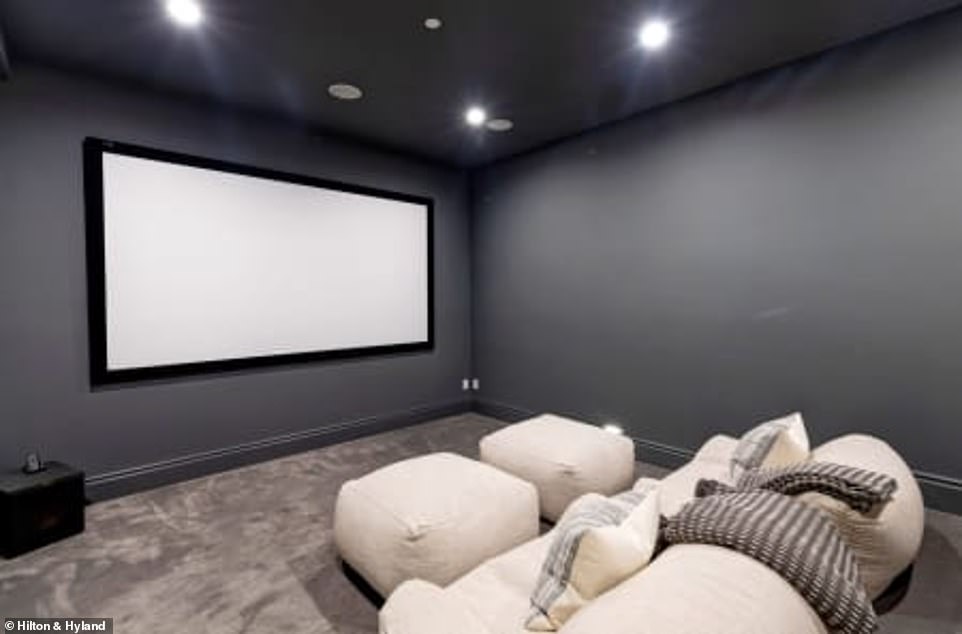 Home theater: An essential for 47-year-old actress Gabrielle is this luxury viewing room 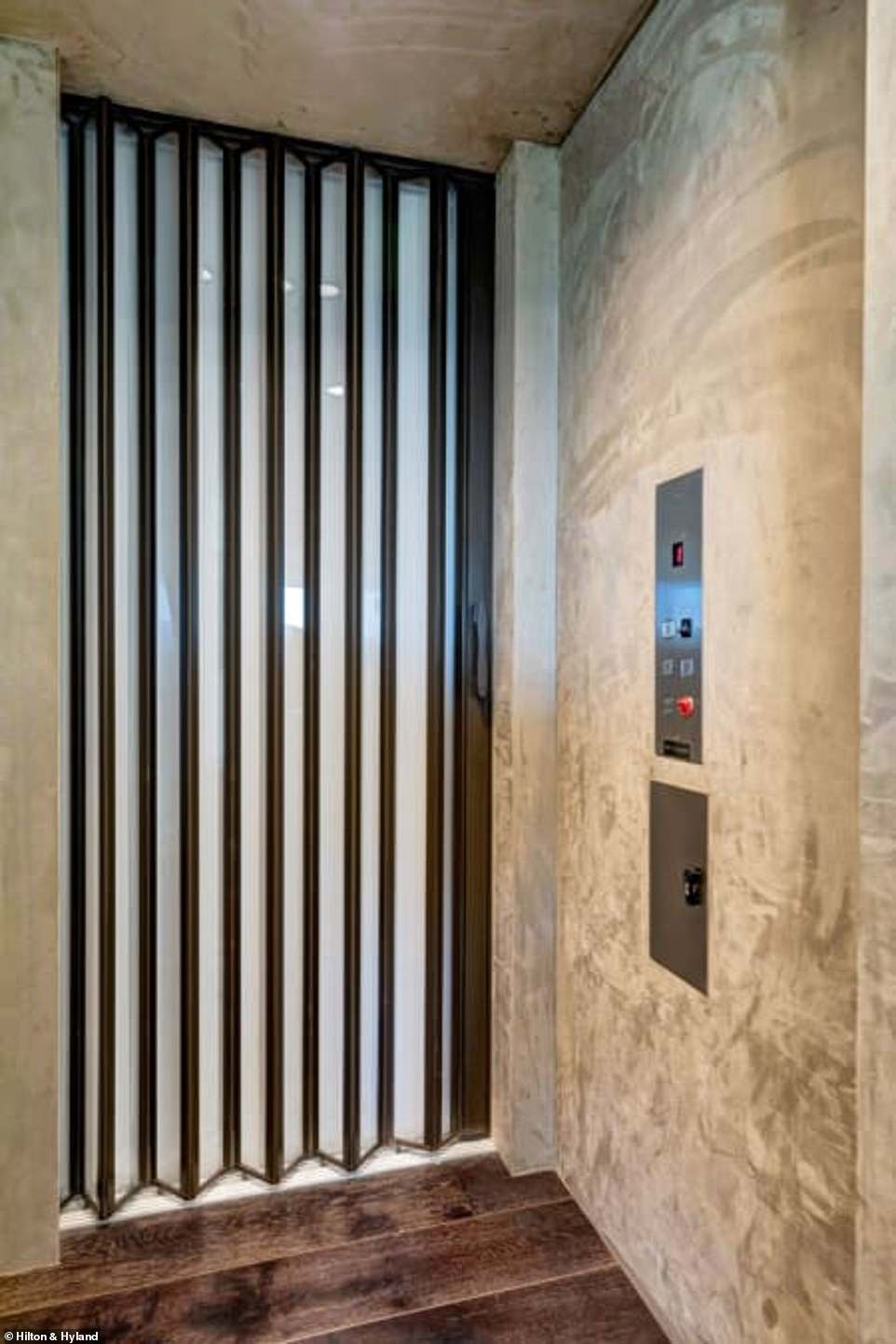 Up you go: If the staircase proves too much, there is an elevator 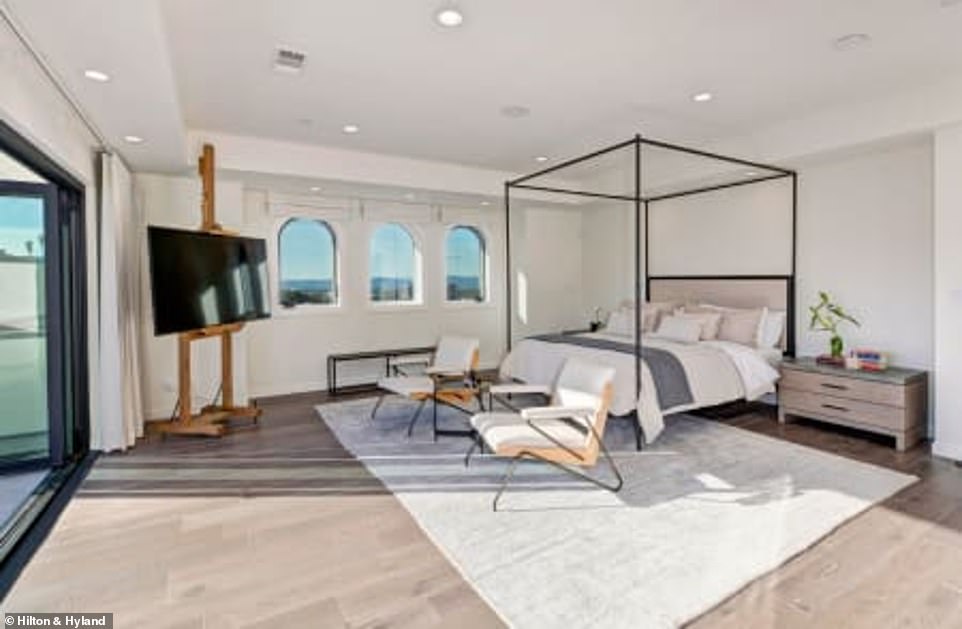 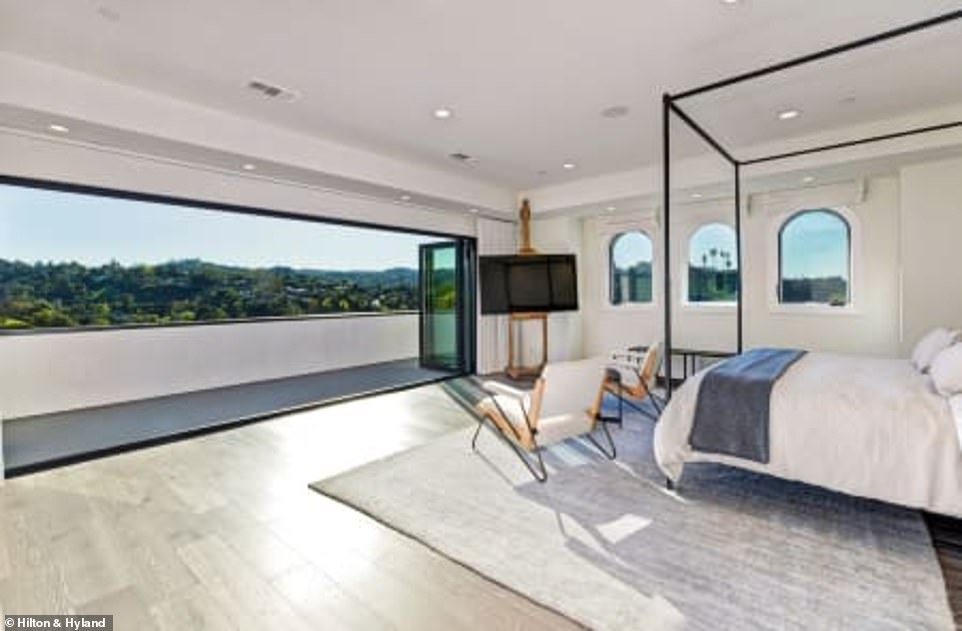 Bedroom bliss: This wrap around balcony with city views is the perfect morning coffee spot 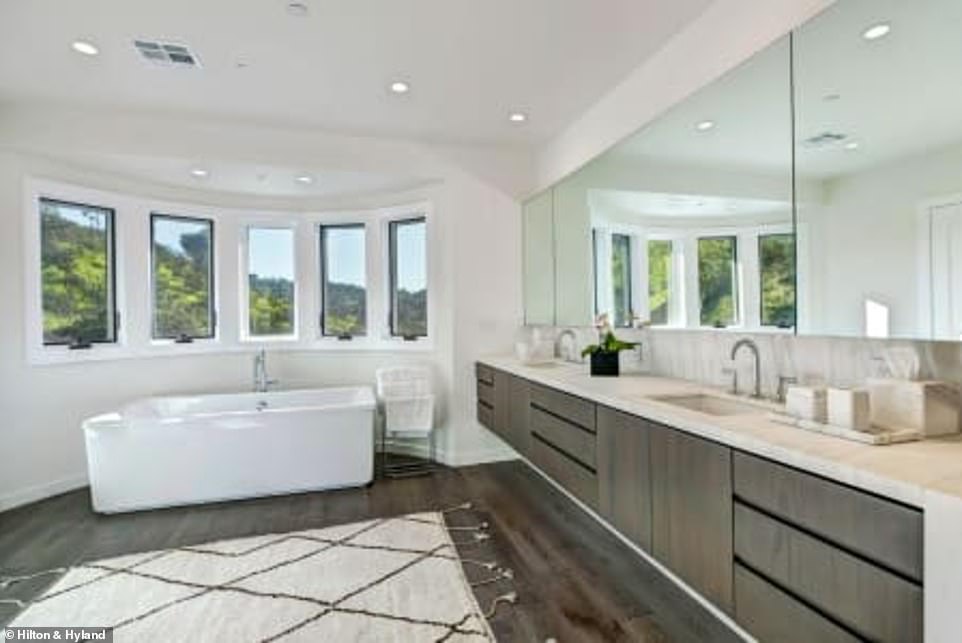 Take a dip: One of the 6.5 bathrooms is seen 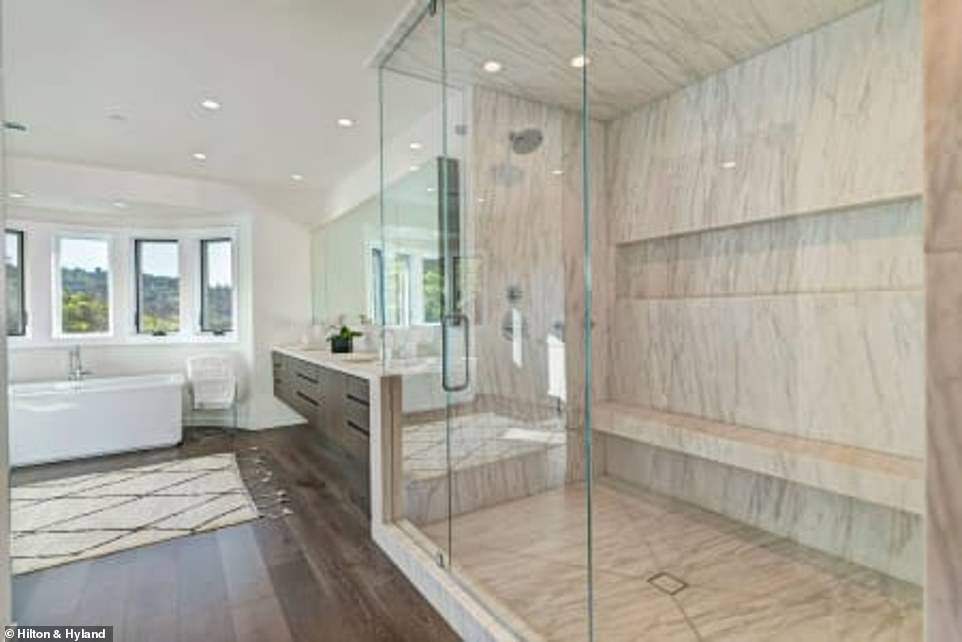 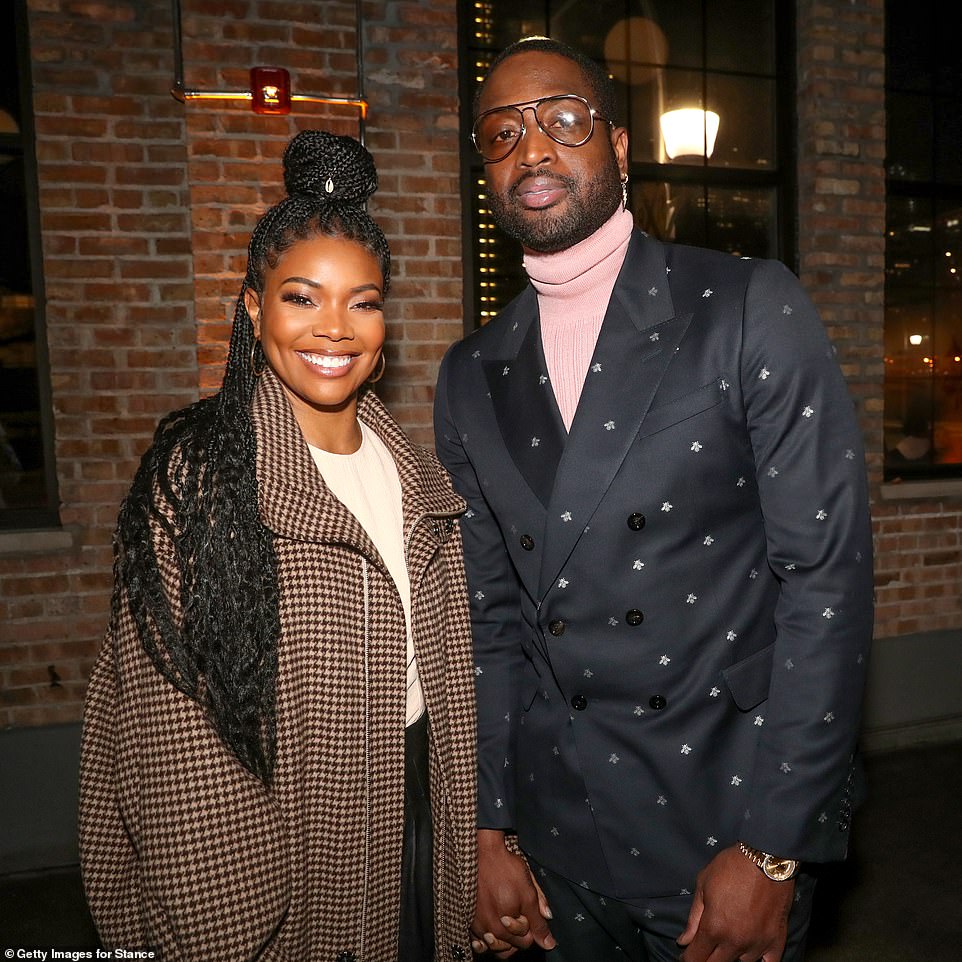 He said Zaya had come to him first.

‘Zaya, early on, knew two things: She knew straight and she knew gay.

‘But Zaya started doing more research. She is the one who sat down with us, as a family, and said, ‘Hey, I don’t think I’m gay.’ She went down a list and said, ‘This is how I identify myself. This is my gender identity. I identity myself as a young lady. I identify as straight trans because I like boys.’

‘It was a process for us to sit down with our daughter and find out who she is and what she likes and not put something on her because, as parents, we put our hopes and we put our fears on our kids. 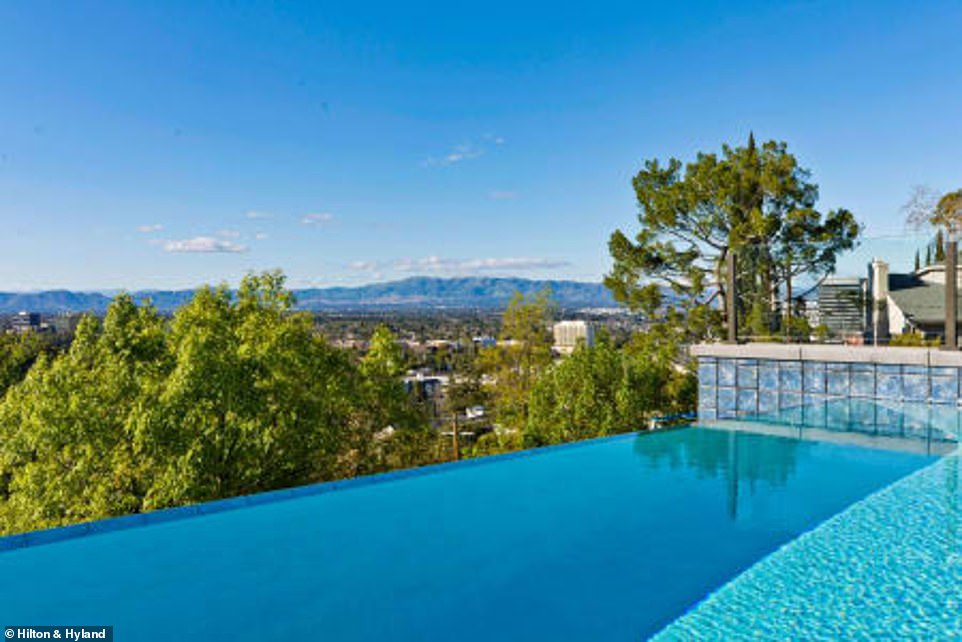 Perfect spot for a cocktail: The views include the city lights at night 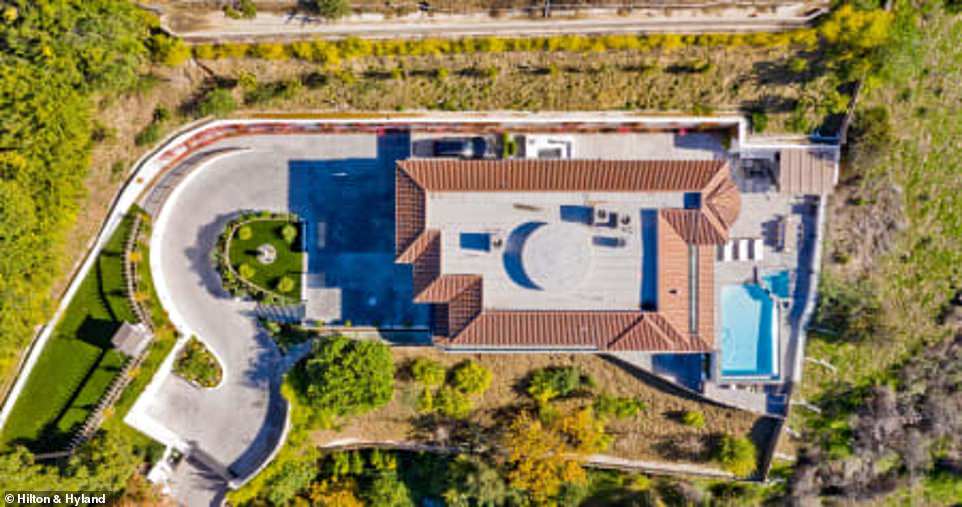 Aerial view: The property is accessed via a private road 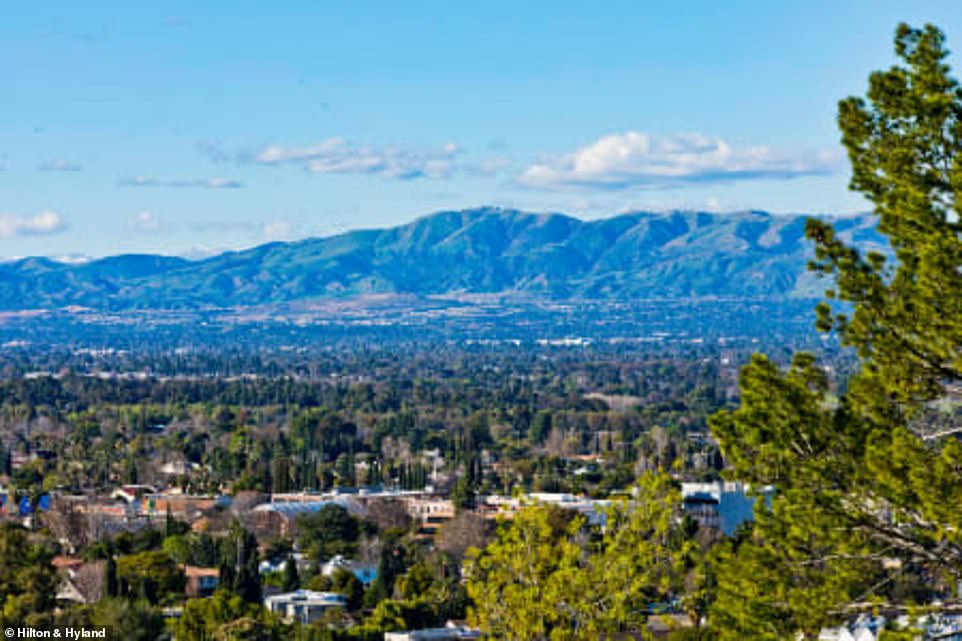 City life: The home is in the Valley, in an area popular with families 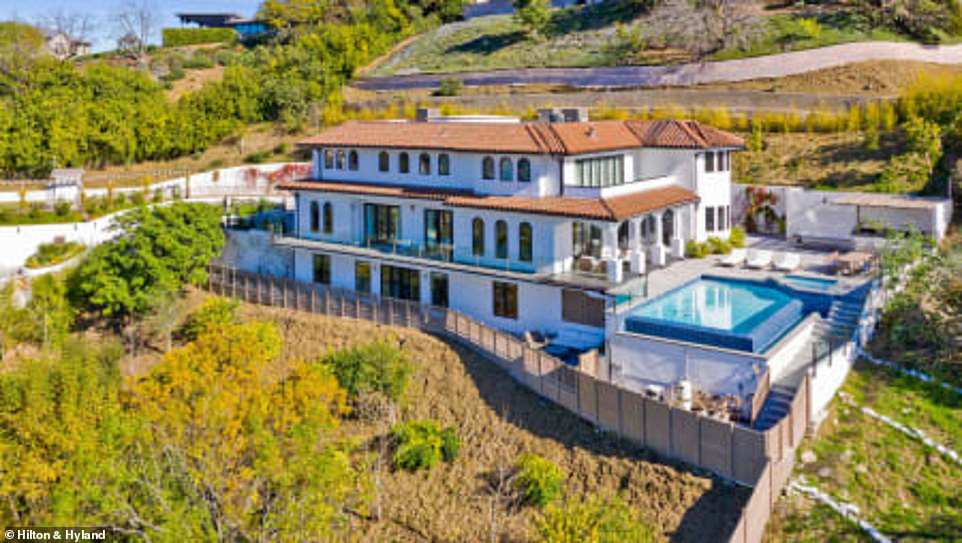 Plenty of room: But with four growing children, the family is on the move

‘With Zaya, we decided to listen to her and she’s leading us on this journey.’

The sports star recently said he’s proud of his wife – whom he married in 2014 – as he says the star works hard to be an independent woman.

He told People magazine: ‘She is her own boss and has her own career, her own bank account and all that. [She] has her own life and she allows me to live my life and be me. 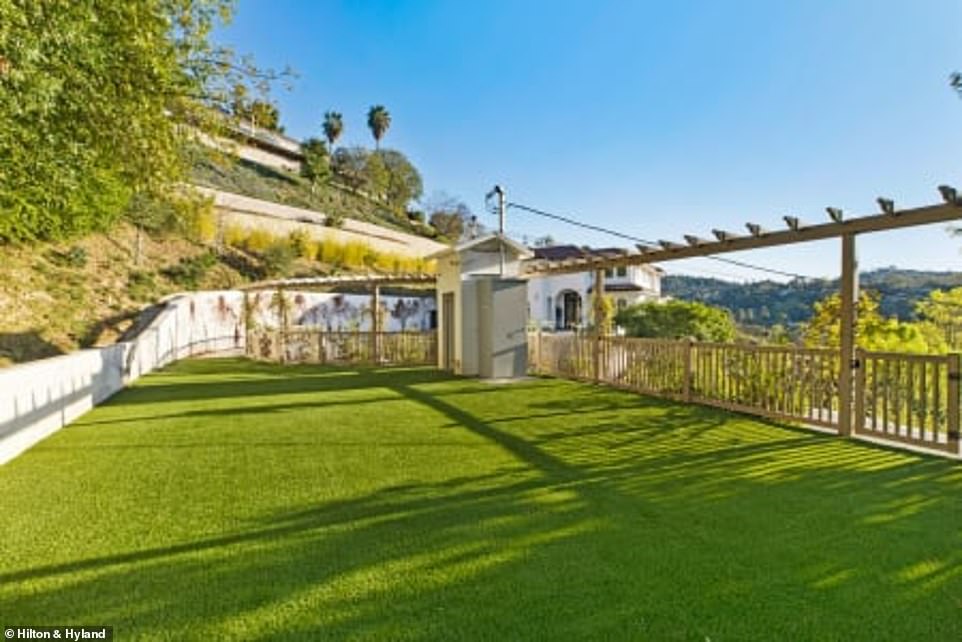 Room to run: As their youngest gets more active, the couple want a new base 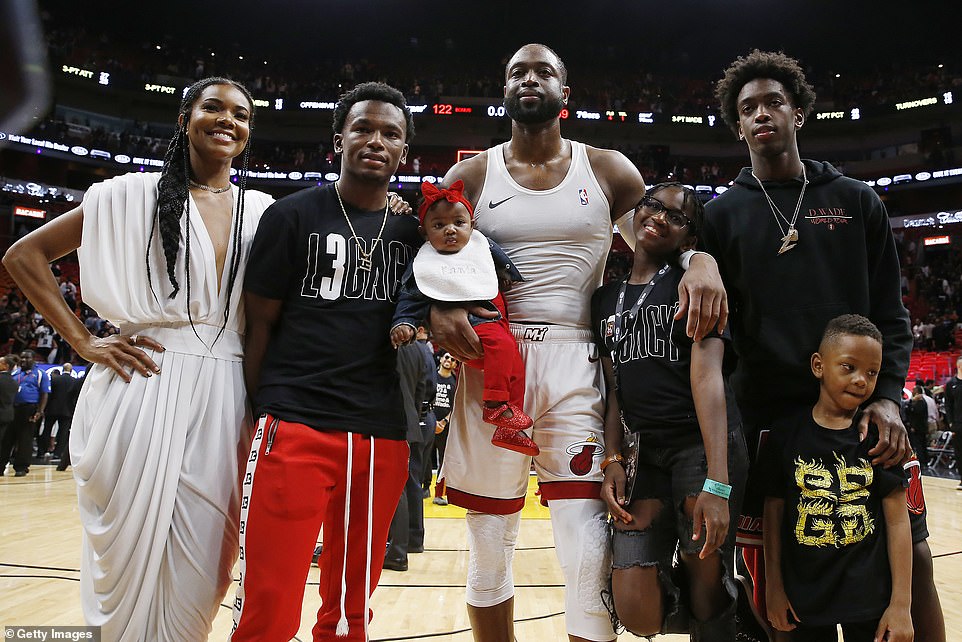 Earlier this week, the L.A.’s Finest star told Gwyneth Paltrow on a recent episode of The Goop Podcast that her children thought she ‘should not’ work anymore because of how much money her husband was bringing in.

‘They had gotten into this stage as pre-teens where they just wanted us to be like other families,’ Gabrielle explained. ‘They had looked up how much their dad made and they thought that I should not work — I should just be at home like the other moms of their friends.’

She added that she thought the kids got a sense of ‘relief’ after she and Dwyane got married in 2014, after four years of dating, though they still wanted the traditional family dynamics they had seen from some of their friends’ families. 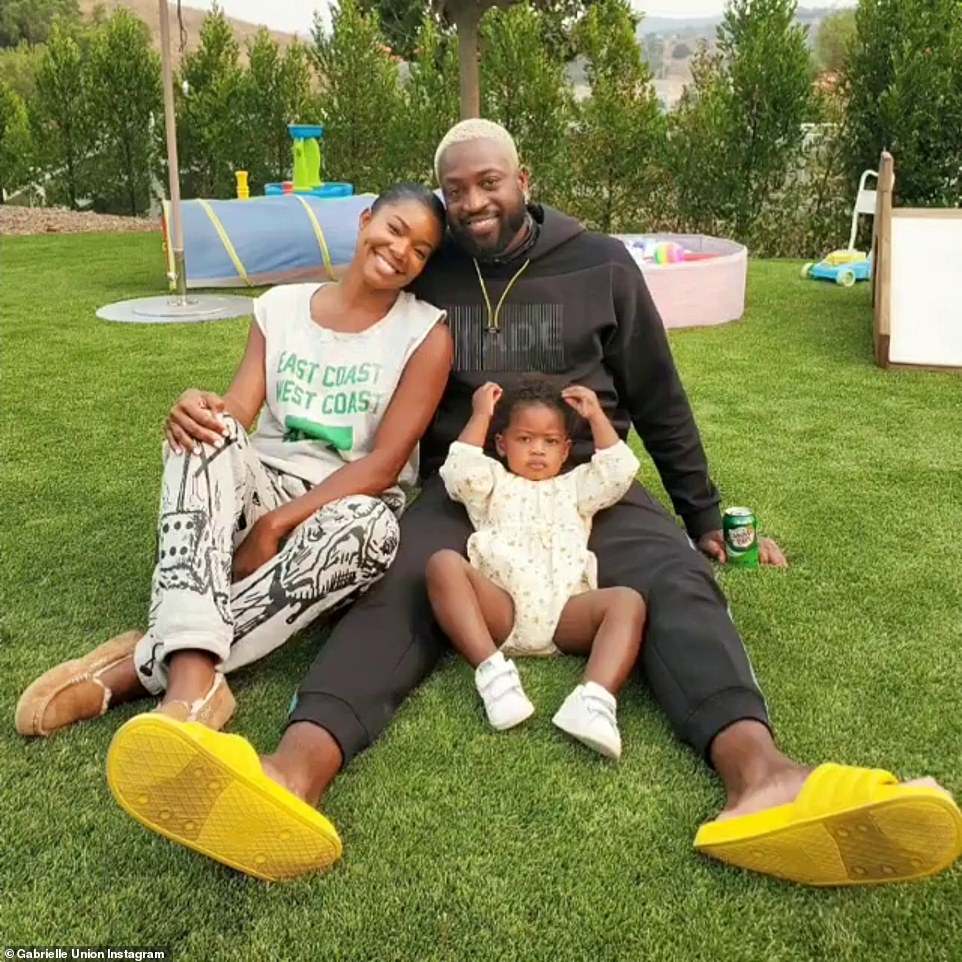 Not conforming: Earlier this week, the L.A.’s Finest star told Gwyneth Paltrow on a recent episode of The Goop Podcast that her children thought she ‘should not’ work anymore because of how much money her husband was bringing in

Gabrielle had to explain to her children that women can have goals and passions beyond their families.

‘Sometimes, women want to work and have a career and just do other things and this is what makes me who I am,’ she told them. ‘It doesn’t mean I love you any less or I don’t want the job or I don’t love being your stepmother.’

She added: ‘I will do my best to be here for all of the things that you want me to be here [for] while at the same time, making sure that space for mom or dad is there. It is the golden seat of honor, always. And we just move that way.’