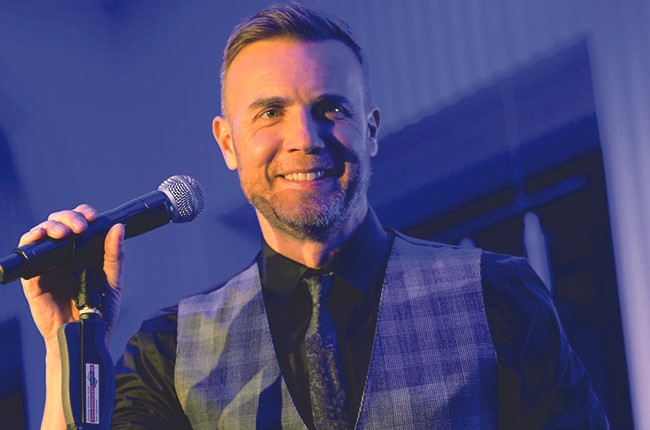 Even when Robbie Williams left the group to embark on a solo career, they kept smashing out the hits.

Barlow, the group’s songwriter and frontman, is promoting his new solo set, Music Played By Humans (Polydor), which is by some margin the best-seller on the midweek U.K. chart and should get Barlow his third solo U.K. No. 1.

On Tuesday night (Dec. 1), he stopped by James Corden’s The Late Late Show to perform “Incredible Christmas,” his brassy new holiday single. The studio tree is up, it’s decorated and Christmas is just around the corner.