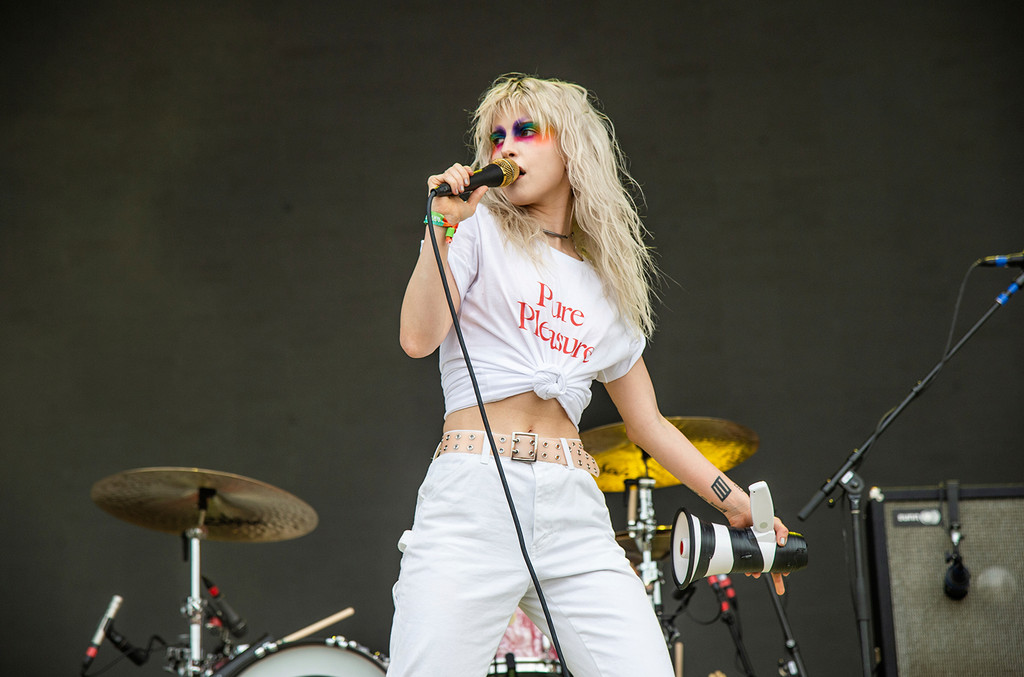 “Green plastic watering can/ For a fake Chinese rubber plant/ In the fake plastic earth/ That she bought from a rubber man/ In a town full of rubber plans/ To get rid of itself,” she croons over simple acoustic guitar after a couple of false starts.

“The last of the self-serenades…for a while, anyway,” the Paramore frontwoman wrote alongside the cover, which she posted as a voice memo. “The top requested song throughout my brief career in self-serenadism has been a @radiohead song.

“Seemed sacrilegious at first until i realized that the band themselves have never once regarded what they do as precious or never-to-be-toyed with. They are never beholden to any one version of their expression and public affections don’t seem to sway them. So many times people thought they were at their best only for them to bloom more beautifully into something unexpected and unequivocally better,” she continued.

“For a time i pretended to be over Radiohead (iiii knowwww) but good good things always find you and welcome you back,” the singer-songwriter admitted before concluding, “so, in admiration of one of the best bands of all time – and in humility to everyone who did *not* ask for this – here’s a self-serenade of ‘Fake Plastic Trees.’ enjoy it if you can.”

Williams’ take on Radiohead’s 1995 classic follows a variety of similar covers she’s shared on her Instagram during the coronavirus pandemic, including SZA‘s “Drew Barrymore,” Tegan and Sara‘s “Call It Off” and Björk‘s “Unison.” The latest of the singer’s covers also comes just days after she announced the cancellation of the tour to support her 2020 solo album Petals For Armor due to the public health crisis.

Listen to Williams’ intimate cover of Thom Yorke and co. below.