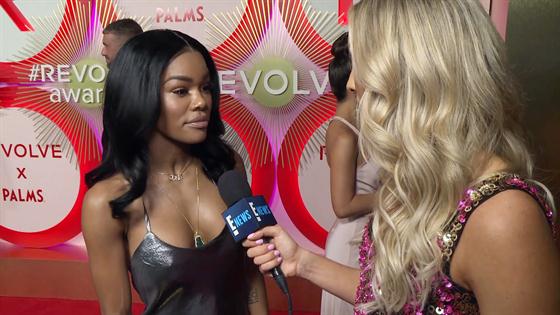 Teyana Taylor and Iman Shumpert are known for their undeniable love, even being named GQ‘s “Sexiest Couple on Earth.”

“We knew right away,” Teyana shared with Vibe when discussing her marriage to the NBA star. “It just felt right.”

Aside from being new parents to the adorable Junie and starring in Kanye West music videos, the couple is also constantly recognized for their incredible sense of fashion.

Whether stunning crowds at Fashion Week to being named Vogue‘s Best Dressed at the CFDA Awards, the duo is always a show stopper on the red carpet. In fact, the two never miss a chance to showcase their unique styles, alternating from bold streetwear to timeless modern looks. 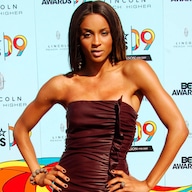 Come on, who isn’t obsessed with this couple?

Before the BET Awards kicks off tonight, we’re taking a look at their best looks on the red carpet in our gallery below.

Simple With a Modern Twist

The fan-favorite couple looked effortlessly chic at the Moet & Chandon x Public School Launch in September 2017. Along with their fashionable outfits, the pair both rocked clear glasses and gold chains.

The Houston Rockets player and his wife looked classy in a gray ball gown and suit at the 2015 Espy Awards.

The couple made quite the entrance in all black. Teyana Taylor wore a low-cut blazer along with fitting pants while Iman Shumpert opted for a casual yet fashionable all black look.

The singer and her husband looked red carpet ready in black blazers and t-shirts at Harper’s Bazaar Celebration of “ICONS By Carine Roitfeld.”

The couple walked the red carpet with their daughter both in a casual street wear look that made a statement at the 2017 MTV Video Music Awards.

The two went for a simple all black look paired with gold statement jewelry at New York Fashion Week in 2017.

Teyana Taylor and Iman Shumpert wore black with a pop of pink and yellow patterns at the Nickelodeon Kids’ Choice Sports Awards 2015.

The couple opted for silver accents paired with black outfits at the 2016 ESPYS.

When these two arrive on the red carpet, the cameras always go a little crazy.

And be sure not to miss the 2019 BET Awards, which air Sunday at 8 p.m. ET/PT on BET where Teyana is nominated for both Best Female R&B Artist/Pop Artist and BET Her Award.