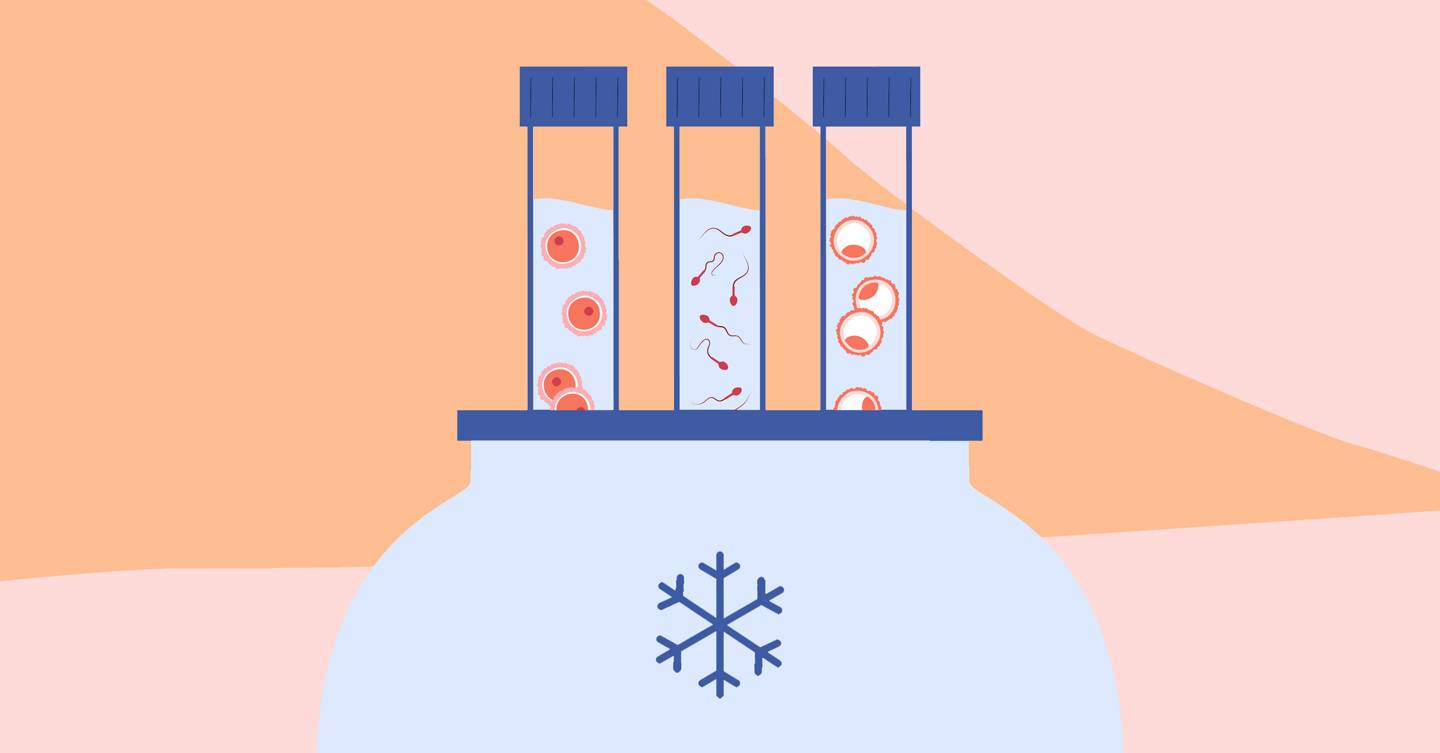 Women are being sold egg freezing as a ‘back up plan’ employee benefit: but are we being sold a lie?

Egg freezing has been much talked about, with celebrities including Michaela Coel, Amy Hart and Rita Ora all revealing in interviews that they’ve done it – in Rita’s case, twice. Also a member of the egg-freezing club is Rebel Wilson, who talked last year on an Australian radio show about having her eggs frozen as ‘a back-up plan’ and applauded the fact that ‘career women now have options’.

It’s a fact that women’s eggs reduce in number and quality the older we get. Typically, our fertility starts to decline from around the age of 35, so egg freezing purports to provide a safeguard for women who don’t want to have a baby – yet.

However, it’s not quite as simple as freezing your eggs and then being worry-free until you’re ready to start trying for a family. For starters, egg freezing is only available on the NHS for medical reasons. So, if you’re considering it because you’re not ready to embrace parenthood, and you have no qualifying medical reason for doing so, you’ll have to go private, at a cost of around £3,000. Add in the cost of storing them, then later on fertilising them, transferring an embryo, and the medication you might need, it’s closer to £8,000

This hefty price tag means egg freezing is off limits for many. So some employers including Facebook, LinkedIn Apple and Goldman Sachs are taking the sting out of the whole process by offering elective egg freezing and IVF as employee benefits.

Goldman Sachs implemented its UK ‘Pathway to Parenthood’ programme in November 2019. The scheme provides stipends for adoption, egg retrieval, egg donation, IVF and surrogacy, and staff can access $ 10,000 (around £7,500) per egg freezing or IVF treatment cycle, capped at $ 40,000 (£29,800) in total per employee.

‘There are a few drivers behind the Planned Parenthood programme, such as feedback from our employees and a senior leadership focus on ensuring we are providing the right support to our people,’ explains Shefali Gera, EMEA head of diversity, inclusion and wellness at Goldman Sachs.

‘There is also the strong focus on diversity and inclusion, ensuring that all our employees – including LGBTQ+ and single women – are supported as they consider a pathway to parenthood.’

As a means of fertility preservation, egg freezing ostensibly enables women to work through their thirties and into their forties without taking a career break to have kids. Some argue it’s a way of tackling inequality in the workplace: having pressed pause on their reproductive systems, women can focus on climbing the corporate ladder and gain parity with male colleagues.

When the time’s right, they can explore the prospect of having a baby and call on those frozen eggs – but are things really so straightforward?

Gwenda Burns, chief executive of charity Fertility Network UK, says it’s a positive thing for women to have choices. ‘However, it’s really important that anyone considering going into this is fully informed,’ she comments. ‘Freezing your eggs is not a guarantee of having a family in the future.’

In fact, the odds of success are stacked heavily against you. Women who use their own previously frozen eggs have on average an 18 percent chance of having a baby. It’s higher using donor eggs, because women who want to donate their eggs have to meet strict eligibility criteria, which are put in place to maximise the likelihood of the eggs going on to create a baby.

Theoretically, younger eggs are better quality – hence the chances of a woman conceiving the old-fashioned way fall when she hits her mid-thirties. The risks of pregnancy also increase with age.

But a woman’s age when she has eggs frozen has less impact on the likelihood of her having a baby. According to the most recent statistics from the Human Fertilisation and Embryology Authority (HFEA), the UK fertility treatment regulator, success rates in 2016 for women who froze their eggs under the age of 35 were 15 percent, and in the 40-to-42 age bracket, they were 13 percent. Either way, you wouldn’t bet your house on it working.

And yet, businesses like Goldman Sachs are selling women a safety net that doesn’t exist. By offering egg freezing as an employment benefit, they’re arguably giving female employees a false sense of security, encouraging them to commit their most fertile (and productive) years to their employer and, as a result, risk not being able to have a baby when the time comes.

‘This is one option, not the only one,’ Shefali says. ‘Careful and considered clinical advice is given to each employee at their consultation with fertility specialists so they are aware of the pros and cons for each option – including egg retrieval. The ultimate decision is theirs, and will depend on their unique circumstances.’

Aside from the improbability that using your own frozen eggs will result in a baby, the egg retrieval process can be physically gruelling. It entails the same procedures and medication as having IVF, meaning lots of blood tests and internal scans, a few weeks of hormone injections to stimulate your ovaries in hopes of yielding plenty of mature eggs, and a medical procedure to collect them that involves sedation or general anaesthetic.

It’s also a psychological minefield. For starters, the hormone treatment can heighten your emotions and make you feel like you’re experiencing PMS. In addition, some women may struggle with having to face their prospective fertility when then they’re not yet ready to have a child.

‘One of the most surprising things for people exploring egg freezing is just how emotionally impactful having that initial fertility check is,’ says independent fertility counsellor Tracey Sainsbury. ‘If you don’t get good news, it can be an unexpected shock. It’s an awful lot to take in and it can be quite isolating.’

The mental health impact of fertility problems and treatment is fairly well documented, with 42 percent of people surveyed in a 2016 Fertility Network study saying they’d even had suicidal feelings. But Tracey points out that such desperate lows tend to be associated with actively wanting and trying for a baby.

‘When you’re trying to have a baby, there can be a paradigm shift in your subconscious image of a woman,’ she explains. ‘For some, it goes from a career woman to earth mother and if treatment is unsuccessful, sadly it can feel like we’ve failed.’

Although those feelings might bypass you if you’re electively freezing your eggs, they might hit even harder when the time comes to use them.

Ultimately, having difficult choices is better than having no choice at all. ‘Options are always positive, and it’s great that employers are looking at these benefits,’ Gwenda says. ‘But what’s really needed is more education about reproductive health.’

If employers also paid for routine gynae checks and fertility MOTs for staff, alongside specialist fertility counselling, they would be better informed and empowered to make those choices.

Kailyn Lowry takes a lot of flak on social media for the decisions she makes in her personal...

Isabel Roloff Avoids Instagram After Feud with Audrey: I Need a Break!

It is no secret to Little People, Big World fans that not all Roloffs think alike. Jacob...

For many years, the cosmetics industry as a whole has been primarily targeted towards white...

Ben Affleck and Ana de Armas Have Broken Up! Over the Phone!

Quick! Someone get Ben Affleck an extra helping of Dunkin Donuts. We’re pretty...