How To Mourn The Death Of An Ex 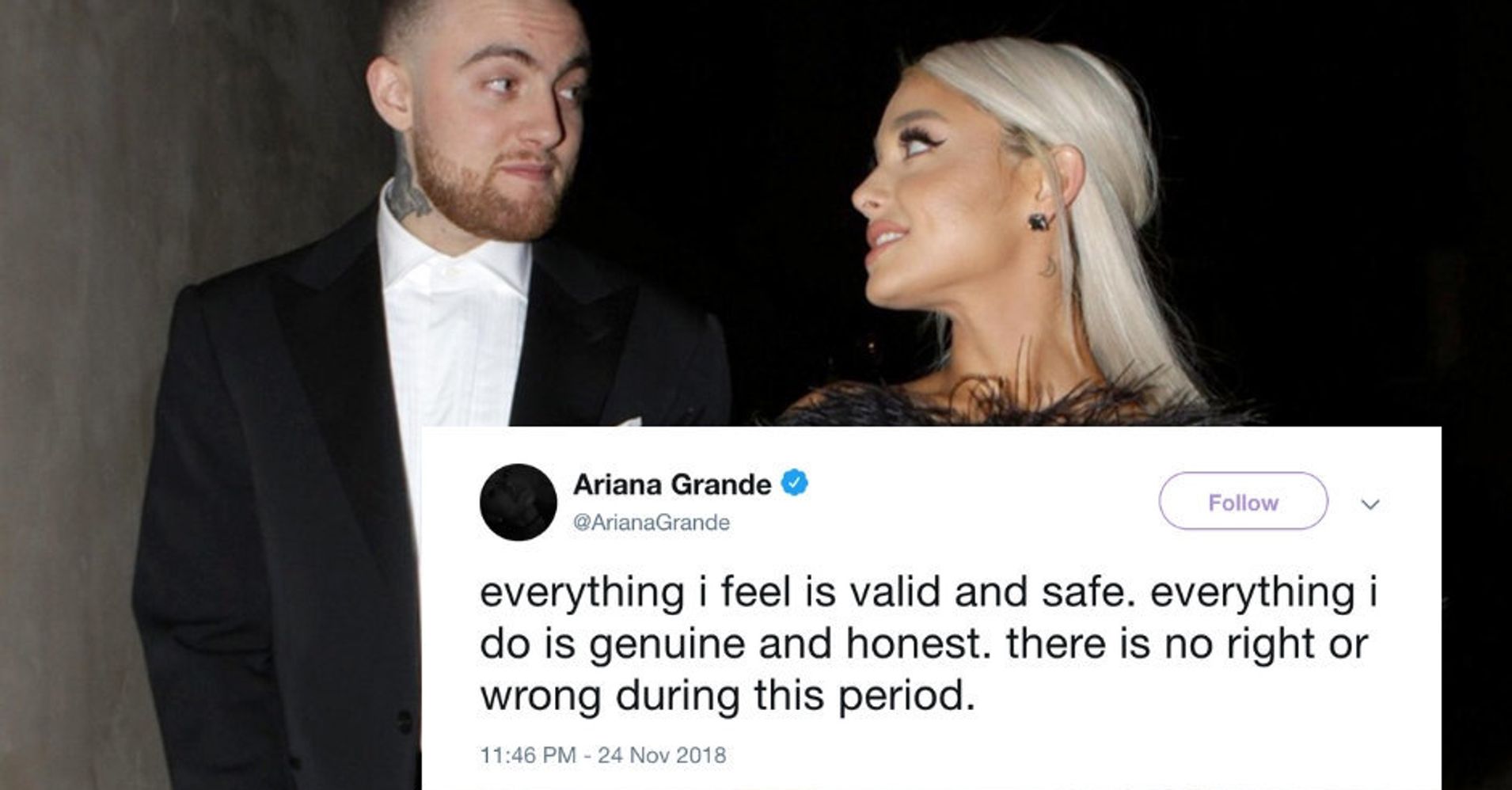 The singer responded with arguably more grace than the Twitter user deserved, writing, “i pray you never have to deal with anything like this ever and i’m sending you peace and love.”

i pray you never have to deal with anything like this ever and i’m sending you peace and love.

In a follow-up tweet, she wrote: “everything i feel is valid and safe. everything i do is genuine and honest. there is no right or wrong during this period.”

Grande’s response and her ongoing show of vulnerability since Miller’s death speak to the inherent difficulty of mourning an ex.

“There is no right or wrong way to grieve an ex love,” said Janet Brito, a psychologist in Honolulu. “Ariana is doing her best to survive a significantly difficult situation. Grief is not linear. It ebbs and flows. What works for one person might not work for someone else.”

That’s especially true when it’s your ex who dies. If your ex had moved on with someone else, their current significant other isn’t judged for grieving. But there’s no playbook for grieving an ex ― the mourner might not even have contact with the person’s family to extend their sympathy ― though the pain is just as valid.

At one point in time, they’d envisioned a future with their lost loved one, and in some cases, they may have held out hope that a future still existed.

The death, especially when completely unexpected, often causes people to re-live the breakup, while at the same time grappling with the fact that the door is forever closed, said Elisabeth LaMotte, a therapist and founder of the DC Counseling & Psychotherapy Center.

“It’s very different than grieving a painful breakup, but there are many parallels,” she said. “As with a breakup, the bereaved is not just mourning the loss of the person, they are mourning how all of the memories and experiences associated with that person will now feel different and will hold a different place in one’s memories moving forward.”

Laurel Steinberg, a psychotherapist in New York City, likens the loss of an ex to phantom limb syndrome, the throbbing sensation amputees often experience after losing a limb.

“Even if the couple never spoke again post-split, feelings of all sorts can continue to exist, like when severed nerve ends remain after a limb is cut off,” she said. “The bereaving ex has as much of a right to treat the loss as though they were still currently involved with the person.”

If you’re in this position, there are tried-and-true ways to practice self-care. For starters, Brito recommends staying clear of those who are critical of the grief process.

“Share your feelings of loss with someone you emotionally feel safe with and don’t let others dictate how you ought to respond,” she said. “In moments when you’re alone, be curious about your grief and ask it what it needs from you. Listen carefully and respond.”

That might mean sharing a memory of the person on Instagram. It might mean going for a long, contemplative jog or booking an appointment with a therapist to talk it out.

Sometimes, it helps to write a letter to the ex, expressing any lingering feelings and saying goodbye. The important thing is to honor the loss in a way that feels authentic and not to allow anyone to devalue or undercut your feelings; whatever the response is, it’s valid, real and complicated.

And as with any loss, you shouldn’t try to fast-track the grieving process.

“The unconscious mind wears no wristwatch,” Steinberg said. “In a sense, we can always care about everything and everyone we ever once cared about.”