‘I grew up in a world where a woman with my skin and hair was never considered beautiful’: Miss South Africa has been crowned the new Miss Universe 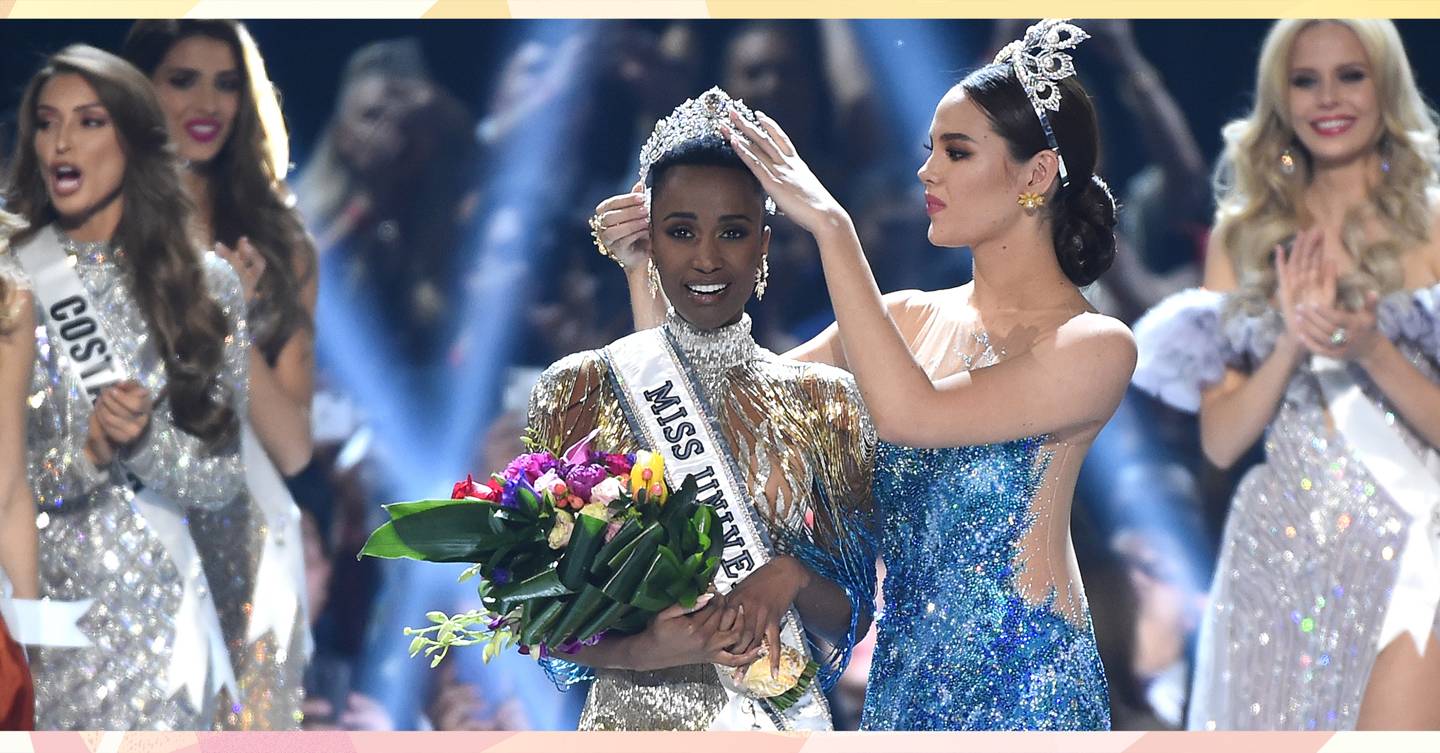 Last year’s Miss Universe and formely Miss Philippines, Catriona Gray, officially handed over her crown to Zozibini Tunzi, 26. She is the third woman from South Africa to win the coveted title and the first black woman since Leila Lopes who was awarded Miss Universe in 2011.

More women than ever have applied for Miss England, so do pageants still have a place in society?

Zozibini has won a year’s free rent in a New York City flat worth approximately £76,000 as well as the luxury of being flown around the world to pursue opportunities in fashion and beauty modelling.

There’s also a large money prize on offer, although the exact amount has not yet been disclosed.

Leading up to the final announcement of Miss Universe, Zozibini had gestured to the importance of representation and different images of what we define as beauty in the beauty industry, but more widely in media.

“I grew up in a world where a woman who looks like me — with my kind of skin and my kind of hair — was never considered to be beautiful. I think it is time that that stops today. I want children to look at me and see my face and I want them to see their faces reflected in mine” she says.

A Celebration of Black Beauty: The changes in representation

This year’s contest was hosted by comedian Steve Harvey, whose hosting duties for the 2018 Miss Universe went viral. After mistakenly announcing the winner as Miss Columbia, where the winner was actually Miss Philippines, Harvey became an internet sensation for the day.

Luckily this year the winner was announced with ease. Providing powerful and meaningful thought to the beauty contestant world and how we define beauty, Zozibini is an image of beauty we want to see.