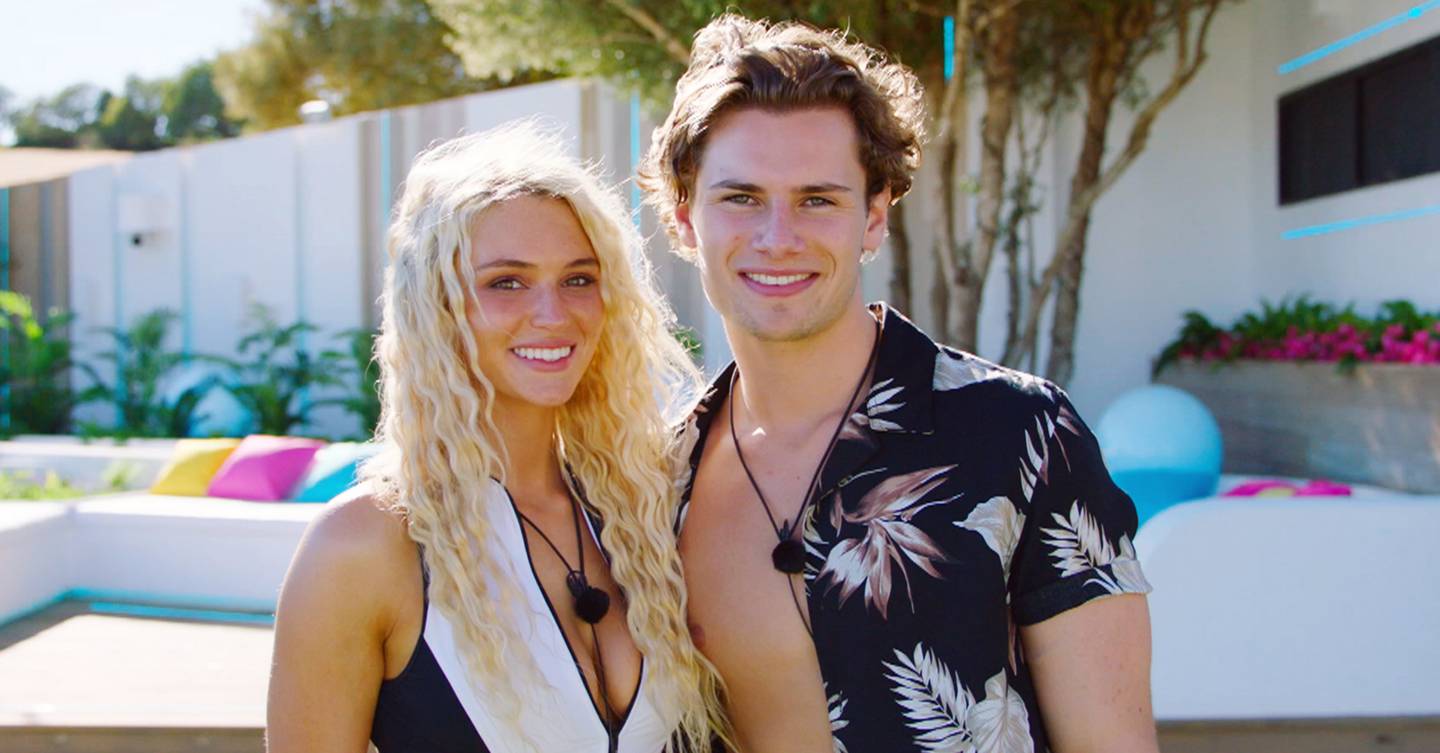 Here’s what we learnt from last night’s Love Island. 1. Suggestively sucking an ice lolly will not, it turns out, get you your man and 2. If I hear the phrase ‘girl’s girl’ one more time, I am going to punch my TV screen.

Here’s my beef with the phrase ‘girl’s girl.’ At a time when we are pioneering a world less dictated by gender binaries, where even just last week we saw regulations passed restricting the re-enforcement of gender stereotypes on adverts, we are still segregating women into one of two camps – girl’s girls and guy’s girls. You’re either with the sisterhood, or you’re not.

The implication of the latter, of course, is the retrograde assertion that girls who get on better with guys, are not to be trusted. With what, exactly? With the nuclear codes, with your pet cat? Oh, you mean she’s more likely to pinch your man, right? Ah, feminism…

Let us please spare a thought for poor Lucie, stuck in a villa with a bunch of guys she gets on with and a bunch of girls she doesn’t, in a relationship with a man who thinks her palling up with guys is a sign of ‘disrespect.’

“I don’t want to change you” Joe says, while asserting that, should Lucie not, as instructed, change, its curtains for ‘Jucie.’

Meanwhile, the girls – led by Amy – are calling out Lucie’s lack of sisterly affection for them. She has somehow mortally offended them by preferring male company, or for having the audacity to go to the gym while Molly Mae and Maura sniped at each other over Tommy.

On this show, being a ‘girl’s girl’ is used as ammunition – are you, or aren’t you?

“I thought you were a girl’s girl” moans Molly Mae to Maura, as if this exempts her from fancying Tommy, or the fact the goal of the show is not a battle of the sexes, but to couple up – with a guy.

‘It’s everything that’s wrong with today’s society’: Love Island’s Amy Hart on the perils of social media on mental health

Dividing women into girl camps or guy camps is galling in the extreme, serving to only further entrench gender divisions. Not only does it fly in the face of true feminism – to be yourself, make your own choices and be defined by your character, not your gender – it is also rampantly hypocritical. I doubt the guys would pull Anton for a chat if he started hanging out more with the girls.

“I thought you were a guy’s guy?” Curtis would never say.

“Yeah,” Michael would agree, literally never, “We don’t trust you now, you’re always with the girls”

The men are free to be friends with whoever they want, with no repercussions or societal obligations. Once again, women are not afforded the same luxury.

Instead, the ‘girl’s girl’ label only internalises patriarchal assumptions that women do not, ultimately, get on, that female friendships are a façade, couching the fact that we actually hate each other and are perennially in competition – for a man’s attention. In calling out Lucie for preferring male company – what are we really saying here?

This accusation is most concerning when it comes from Joe, whose most troubling comment last night was his revelation that she was ‘that kind of bird.’ If we set aside the fact Joe may have been discussing actual wildlife and not thinly-veiled misogyny, should we not be concerned that Joe’s interest in Lucie seems to be conditional on her keeping away from anyone of the opposite sex?

Love Island ratings hit their highest ever, so what exactly is it that has us all hooked and what does that say about society?

Why is it that we can’t have male friends? What does that really mean? Many of my closest friends are male and, I’ve suffered my fair share of backlash for that over my life. I find this so sad, as a staunch feminist and a lover of my multitude of female friends – that in forging close friendships with men, you have to somehow hand in your membership to ‘girl’s girl’ club.

Lucie has stated she wants to be free to be herself, to be friends with who she wants. She doesn’t see gender, she sees personalities. No one should be telling her who to be or who to see. She’s not a guy’s girl or a girl’s girl, she’s just a girl.

Check your labels at the door please.