Jennifer Aniston says it was ‘cathartic’ playing a celeb on The Morning Show after becoming a star on Friends: ‘There are moments where you have your private breakdown’

By Sameer Suri For Dailymail.com

Jennifer Aniston revealed that it was ‘cathartic’ playing a celebrity on her new Apple+ drama series The Morning Show.

The 51-year-old became a global superstar in the 1990s as Rachel Green on Friends, decades before portraying a famous news anchor on The Morning Show.

‘To actually look at it from an actor brain observing it and acknowledging it, I had to look at it as opposed to pretending it doesn’t exist,’ she told the Los Angeles Times. 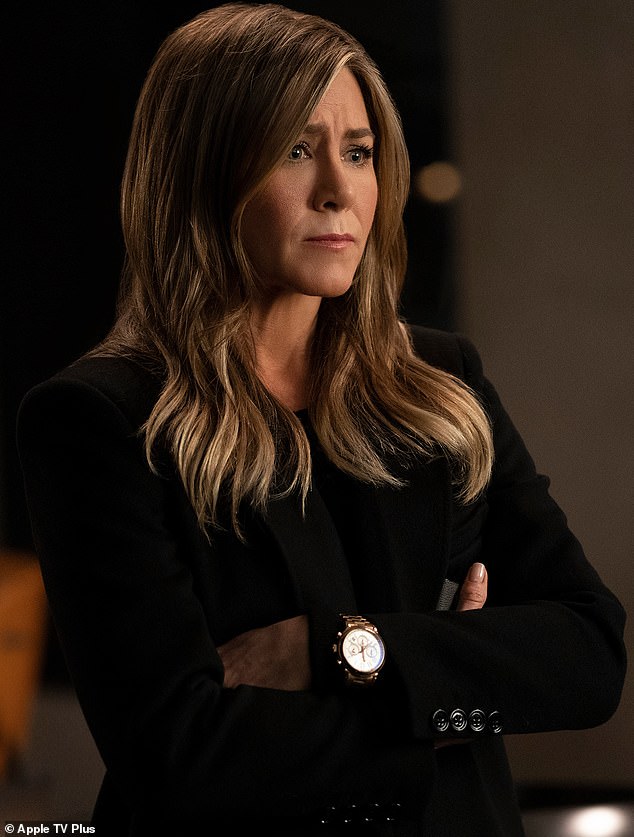 ‘Observing it’: Jennifer Aniston revealed that it was ‘cathartic’ playing a celebrity on her new Apple+ drama series The Morning Show (pictured)

Doing The Morning Show was ‘Cathartic, yes, and also interesting for me to look at how I always have tried to normalize being fine and: “everything’s great, you know, this is all normal,” and then there are moments when you have your private breakdown or your: “Calgon, take me away,” moments.’

She was referring to a 1970s for Calgon bath powder in which a stressed out woman says: ‘Calgon, take me away!’ and is then seen basking blissfully in the tub.

The Morning Show contains a scene in which her character freaks out en route to a function, then controls herself because crying would spoil her makeup. 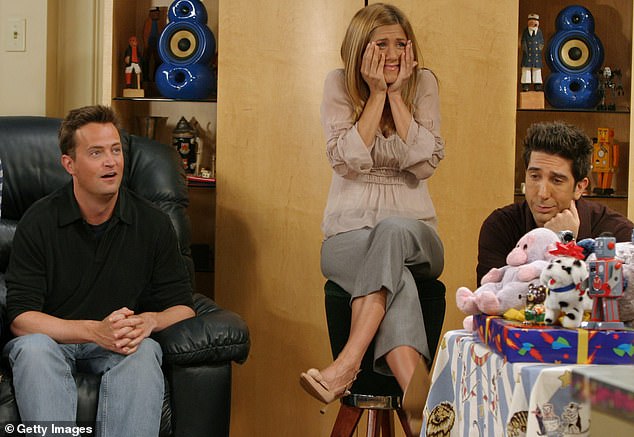 Throwback: The 51-year-old became a global superstar in the 1990s as Rachel Green on Friends; she is pictured on it in 2003 with Matthew Perry (left) and David Schwimmer (right)

She added: ‘I just loved being able to walk into it and lean into it and not be ashamed of it, but actually just…it was like…”Ooooooooooh.”‘

In real life the TV icon has lived through personal upheavals in the public eye, including her failed marriages to Brad Pitt and Justin Theroux.

Her first divorce came with the added wrinkle that Brad infamously left her for Angelina Jolie, whom he is now in the process of divorcing.

Jennifer’s Morning Show character Alex goes through a marital separation as well, and also has to cope with mothering a college-age daughter. 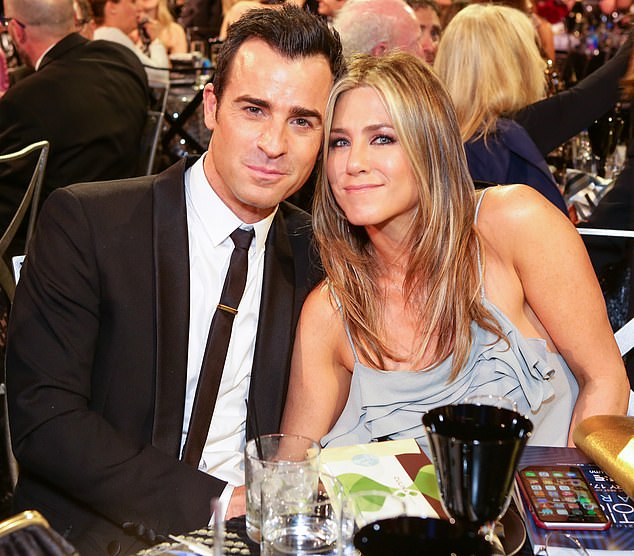 The way they were: The blonde bombshell lived through her personal upheavals in the public eye, including her failed marriages to Brad Pitt and Justin Theroux (left)

All the while she is struggling to retain her stardom and dealing with the fallout of a #MeToo scandal involving her co-anchor played by Steve Carell.

Showrunner Kerry Ehrin revealed that Jennifer was always game when it came to the personally relevant material on The Morning Show.

‘I was so moved to tears so many times, just watching behind the monitor and brought to tears at the level of bravery of being that truthful,’ said Kerry.

‘I know her well enough to know when she’s being concerned about what other people think, and she just let everything go. She exorcised a lot of conflict through this character,’ revealed the showrunner. 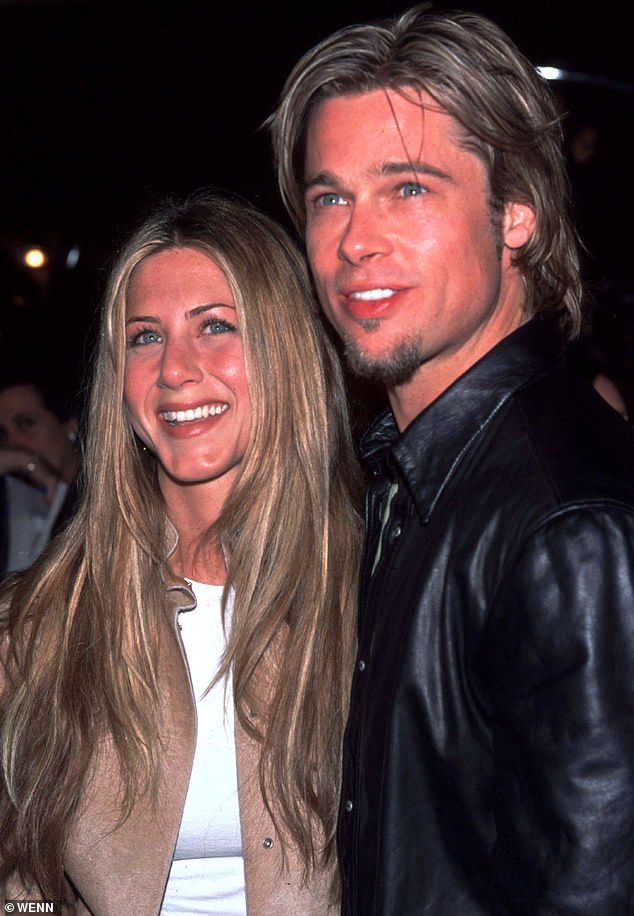 Remember when: Her first divorce came with the added wrinkle that Brad infamously left her for movie star Angelina Jolie; Brad and Jen are pictured in 2000

As regards inspiration, Kerry said: ‘I do think I glean emotional structure from people and after spending time with her, I felt certain instincts about writing the character.’

However she confessed that ‘it’s hard to say whether that comes from a conversation or something I saw 20 years ago that she did.’

On the show Alex bristles at the rise of another anchor played by Reese Witherspoon, who famously guest-starred on Friends.

Reese appears as Rachel’s pampered sister Jill, who is so competitive with her that she makes a play at Rachel’s ex Ross (David Schwimmer).

Garcelle Beauvais weighs in on idea of Kris Jenner joining RHOBH: ‘I think she fits the bill’

Garcelle Beauvais weighs in on the growing chatter that Kris Jenner might join The Real Housewives...

‘You know how cute I always thought you were!’ Brad Pitt and Jennifer Aniston recreate...