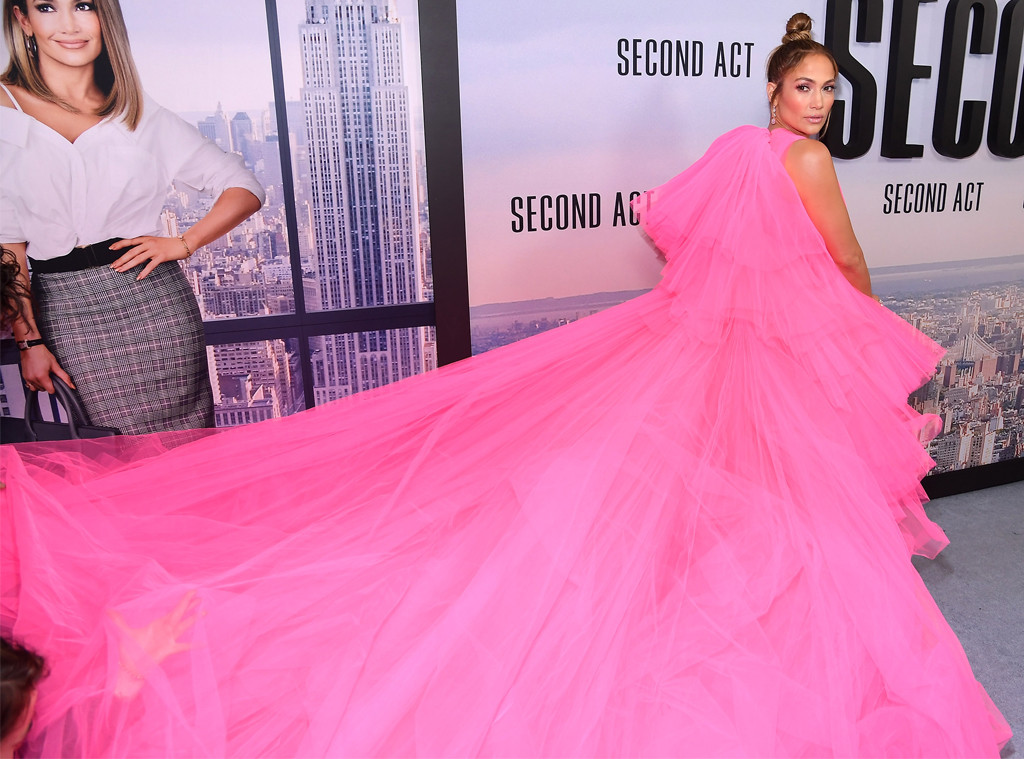 Congratulations are in order for Jennifer Lopez.

The 49-year-old actress and singer is set to receive the Fashion Icon award at the 2019 CFDA Fashion Awards this June. According to the organization, the honor recognizes Lopez’s “longstanding and global impact on fashion.”

“Jennifer Lopez uses clothes as a way to express confidence and power,” current CFDA chairwoman Diane Von Furstenberg told the organization in a statement on Tuesday. “Both designers and fans look forward to her fashion statements.”

It’s no secret Lopez likes to have fun with fashion. Who could forget the pink Giambattista Valli gown she wore to her Second Act premiere, or the Balmain number she wore to the 2018 Met Gala? In fact, the “Jenny From the Block” star is one of the committee members for this year’s Met Gala. She’s joined by Bradley Cooper, Blake Lively, Ryan Reynolds, Katy Perry, fiancé Alex Rodriguez and more.

“Jennifer Lopez’s style is bold, uninhibited, and always memorable,” Steven Kolb, president and CEO of the CFDA, told the organization in a statement. “Designers, including many of our CFDA Members, love to dress her for both stage and private moments.”

To look back at some of Lopez’s best looks, check out the gallery.

The Second Act actress bared it all with her Balmain gown, featuring a sexy side slit and cut-out style neckline at the Met Gala 2018.

No one does a side slit quite like this pop star. The Shades of Blue star stuns in this gold-trimmed Zuhair Murad gown, complete with a sexy plunging neckline.

The singer posed perfectly in a long-sleeved David Koma dress and these knockout silver peek-a-boo heels.

The actress steps out at the NBC Upfronts in this elegant, off-the-shoulder blush dress by Elie Saab and a pair of nude heels.

The singer climbs the iconic steps of the Metropolitan Museum of Art at the 2017 Met Gala in a sky blue Valentino dress.

It doeesn’t get any more feminine than this beautiful Ralph & Russo gown J Lo wore to the 2017 Grammys.

This Reem Acra beaded gown was perfect for none other than J Lo herself.

Talk about slay! J Lo bared all in this ice blue Nicolas Jebran at the 2015 American Music Awards.

The singer sported a Michael Costello jumpsuit with a cape to the launch of her Residency in Las Vegas in 2015.

The pop star sizzles at her birthday celebration at 1OAK Southampton in a sexy Bao Tranchi design.

J.Lo shows plenty of skin (and her rock-hard physique) in a sexy Charbel Zoe Couture gown at the 2015 Billboard Music Awards.

The actress and singer attends the 2015 Tony Awards in a Valentino Couture dress.

Jennifer shut the red carpet down at the 2015 Met Gala in this risky custom Versace dress, that only she could have pulled off.

The star attends the Jennifer Lopez and Marie Osmond launch of the Put Your Money Where The Miracles Are campaign in Hollywood.

She’s back on her American Idol A-game in a teeny white and gold Marchesa design.

It doesn’t get any better than this! The singer edges into fairytale territory with a plunging tulle Elie Saab gown at the 2015 Oscars.

She attends the Fox All-Star party in a SisSae crop top and a copper Noir Sachin & Babi pleated skirt.

The Boy Next Door star slips into a sexy David Koma ensemble for a screening of her film in Miami.

Whew! The 45-year-old flashes her rock-hard abs in an Amanda Wakeley design at the Weinstein Company and Netflix Golden Globe’s after-party.

That’s how it’s done! JLo redefines the meaning of bombshell in a striking Zuhair Murad Couture gown at the 2015 Golden Globes.

The 45-year-old looks hotter than ever in a lacy Elie Saab mini at the 2014 Teen Choice Awards.

Just before taking a selfie with Michelle Obama, the singer stopped to pose in her ladylike Zuhair Murad Couture peplum dress.

Look familiar? That’s because J. Lo wore a nearly identical version of the Versace dress back in at the 2000 Grammys, minus a few yards of fabric in the chest region.

This trouser-gown Atelier Versace hybrid from Paris Haute Couture Fashion Week 2014 has J. Lo written all over it.

Super short minis are more her style, but the ultra-sheer skirt and plunging neckline make this Dona Karen gown an obvious choice for the singer’s 2014 Billboard Music Awards ensemble.

J.Lo struts her stuff at the 2011 Grammys in a micro mini silver Pucci number and some killer Christian Louboutin heels.

Short, sparkly, sexy—this Kaufmanfranco mini has all the qualities that make up Lopez’s signature style.

We could do without the top knot, but the rest of the star’s all-white Zuhair Murad ensemble is perfection.

This Loren Sarabu mini is a no-brainer choice for the star’s appearance American Idol season 13.

Hello, J. Lo! The star exposed a lot more of herself than ever before in this now-iconic Versace gown from the 200 Grammys.

Not So See Through

J.Lo is head-to-toe glamorous in this black lace Zuhair Murad gown at the 2011 American Music Awards.

Shake it, girl! The diva wears a fierce and fabulous Emilio Pucci minidress with silver fringe details to her American Music Awards postparty.

The singer donned a blue Roberto Cavalli sequined dress at Cecconi’s Restaurant in Hollywood where she was joined by fellow judge, Harry Connick Jr.

Jennifer was honored with the Grace Kelly Award at the March of Dimes Celebration luncheon in a Bibhu Mohapatra strapless printed dress.

The entrepreneur wore an Elie Saab design to her flagship store opening of Viva Movil By Jennifer Lopez in Brooklyn.

At the 2009 Golden Globes Awards, Jennifer takes gold to a whole new level in this revealing Marchesa halter dress. 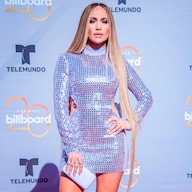 The 2019 CFDA Fashion Awards will be held at the Brooklyn Museum in New York on June 3.