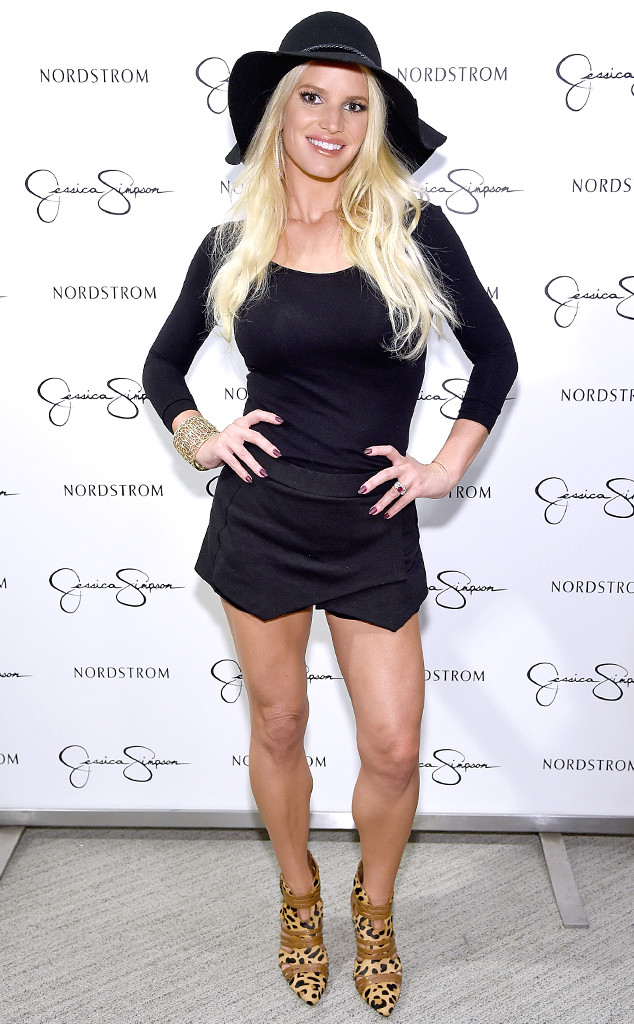 Talk about using your star power!

Jessica Simpson, Khloe Kardashian and Rihanna are just a few of the celebrities who have launched major fashion empires since becoming famous.

The Jessica Simpson Collection ranks among the top celebrity fashion lines. Launched shortly after she was making us all laugh on her MTV reality show, Newlyweds, her line has earned respect in the industry because it makes $ 1 billion annually. Now, that’s a real achievement!

The “I Wanna Love You Forever” singer believes that the success of her brand is due to her reliability and understanding how to dress women at any size.

Rihanna unveiled her own lingerie collection, Savage x Fenty, which celebrates the female form. In fact, the “Umbrella” singer decided to make an inclusive show at New York Fashion Week by featuring woman of all shapes and sizes on the runway. The line has already been proclaimed a success after its launch last year.

Kardashian also developed her denim line, Good American, with goal of creating “extreme inclusivity” according to the brand’s website. The reality star and her co-creator, Emma Grede, wanted their entire size range, from 0 to 24, displayed in one location rather than with traditional retail separations. The line quickly become a fan favorite with $ 1 million in sales on the first day.

In honor of Fashion Week, see all the biggest celebrity fashion empires below.

The famous twins started their sought-after line, The Row, with a 7-piece collection in 2006. The Full House alums initially wanted the brand, which has become a New York Fashion Week staple, to stand on its own and refused to give interviews about The Row for three years. The famous duo also launched a more affordable label, Elizabeth and James, which gets its name from the fashion designers’ younger siblings.

Fans may remember Lauren Conrad from Laguna Beach and The Hills but she has launched her own fashion empire since her reality TV days. She created both LC Lauren Conrad and Paper Crown. Her LC Lauren Conrad line, which is sold at Kohl’s, focuses on modern silhouettes and feminine details. Paper Crown made a name for itself by creating boho-chic bridesmaid dresses.

From popstar to fashion designer, the Spice Girl alum launched her label, Victoria by Victoria Beckham, in 2008. Since then, she has shown her collections at New York Fashion Week and opened her first brick-and-mortar store in London. She also partnered with Target to create an affordable collection which was released in 2017.

Fans of Beyoncé clamor to get their hands on clothing from her Ivy Park collection. Launched in 2016, the brand features effortlessly cool women’s activewear. The brand’s unique moniker was created to represent both the singer’s daughter, Blue Ivy Carter, and Parkwood Park in Houston, where the singer grew up and found personal strength.

In addition to being named the Creative Director of Womenswear at Puma in 2014, Rihanna also started her own lingerie line, Savage x Fenty, which showed during New York Fashion Week in 2018. The style icon created an inclusive show by featuring women of all shapes and sizes on the runway.

The Keeping Up with the Kardashians star and Emma Grede created the denim company, Good American, in 2016. The successful brand launched with a body positive image and inclusive sizing, ranging from 00 to 24. In fact, the company sparked a change at Nordstrom by encouraging the retailer to sell the entire size run in one department, rather than relegating the larger sizes to another section of the store.

The pop singer has made her mark in the fashion industry. In 2006, the Newlyweds alum created The Jessica Simpson Collection. It all started with a shoe line but the brand has since grown to include over 30 product categories from sunglasses to swimwear. Simpson’s brand makes about $ 1 billion in annual sales.

The Oscar winner launched Draper James, her own fashion and lifestyle company which was inspired by Southern living, in 2015. The brand’s name honors Witherspoon’s grandparents, Dorothea Draper and William James Witherspoon. The actress has since opened four brick-and-mortar Draper James stores in Nashville, Dallas, Atlanta and Lexington, Kentucky.

Is there anything that Gwen Stefani can’t do? In addition being an iconic singer and mother of three, the fashion icon launched her own line L.A.M.B. in 2003. The company’s name is an acronym for her debut solo album Love. Angel. Music. Baby. Stefani is often seen sporting the brand and it has even been mentioned in some of her music including “Wind It Up,” “Harajuku Girls” and “Crash”.

Nicole Richie‘s brand, House of Harlow 1960, began as a jewelry line but in 2010, it expanded to include apparel and footwear. The former reality star also owns Winter Kate, a collection inspired by timeless prints and shapes. The brand’s name is actually the middle names of her daughter, Harlow Winter Kate Richie-Madden.

The Weight Watchers spokesperson collaborated with JustFab, to create her own activwear brand, Fabletics, in 2013. Hudson and her mother, Goldie Hawn, worked together to develop a capsule collection for Fabletics which benefited MindUP, a program within the Goldie Hawn Foundation. She also partnered with New York & Company to create a fashion line and be an ambassador of its Soho Jeans collection in 2018.

In 2015, Kanye West unveiled his Yeezy clothing line, premiering Season 1 in collaboration with Adidas. The Yeezy Season 3 collection’s debut coincided with the preview of his album, The Life of Pablo. Adidas has since announced a new contract with the performer which allowed the Yeezy brand to expand. Additionally, the designer and his wife, Kim Kardashian, own a children’s clothing line, Kids Supply.