Joe Giudice spends the Christmas holidays with his kids in Italy

By Annita Katee For Dailymail.com

Their mom, Teresa Giudice, spent Christmas in the United States with her contractor Anthony Delorenzo at brother Joe Gorga’s home.

And meanwhile, her four daughters have been spending the holiday season in Italy with their dad, Joe Giudice.

Eldest daughter, Gia, 18, has been sharing sweet moments of the family reunion on social media. 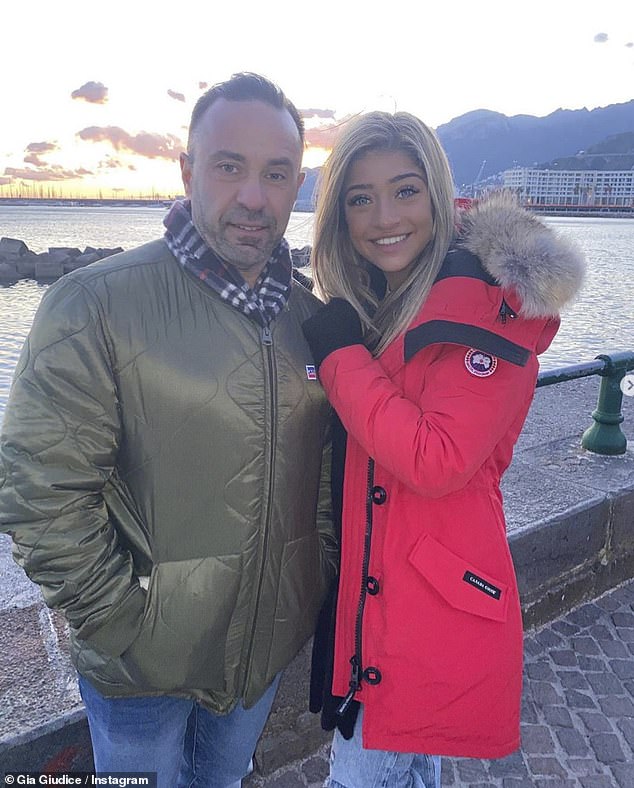 Family: Joe Giudice has been spending the Christmas break with his four daughters in Italy while his estranged wife, Teresa, has remained in New Jersey

‘spent Christmas Eve a little different this year,’ she shared while posing with her proud father.

Gia rocked a black mini-dress and $ 800 Burberry boots, with a large Fendi bag placed behind her.

Joe was  in a burgundy sweater and jeans and completed his look with a plaid style scarf. 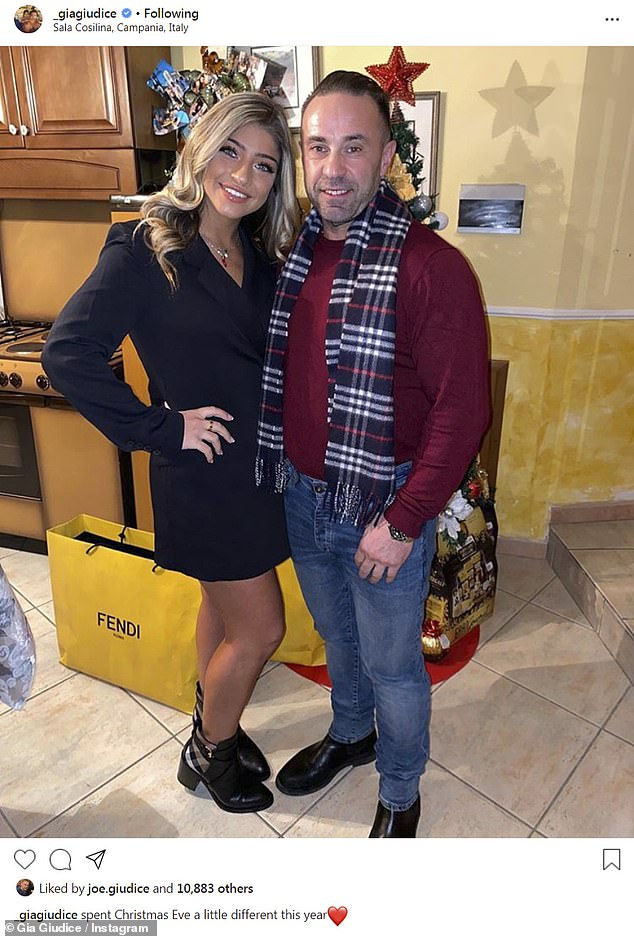 Designer baby: Gia rocked a black mini-dress and $ 800 Burberry boots, with a large Fendi bag placed behind her 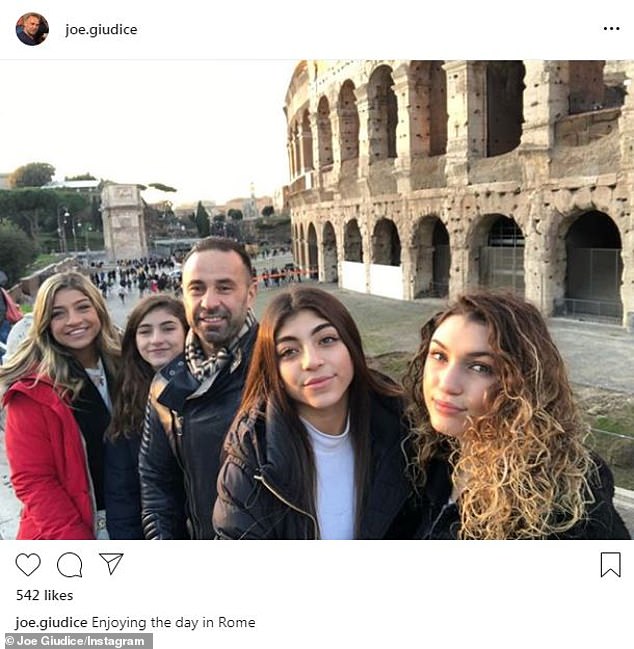 And the photos kept coming for the family well into Christmas day, spending the holiday at Sala Cosilina, Campania, Italy.

Gia flashed her fashionista style in a bold red coat with black boots and a Gucci handbag.

The family also traveled to Salerno before touring around Rome on Sunday.

Second youngest daughter, Milania, 14, has also been sharing moments with her dad on social media.

‘my buddy,’ she captioned. Mom Teresa even commented, My beautiful Milania ❤️.’ 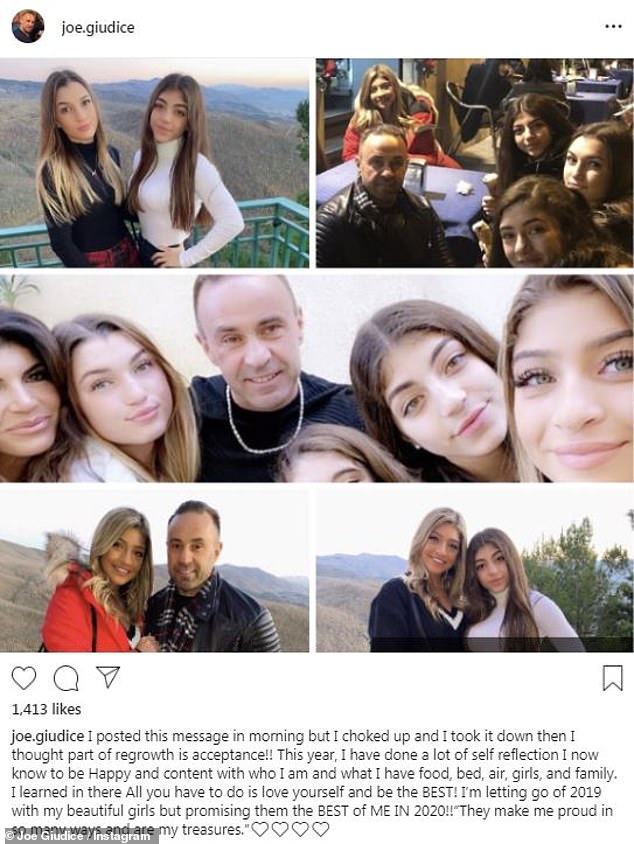 Family: Joe also shared a touching message and collage of his daughters while the visited him 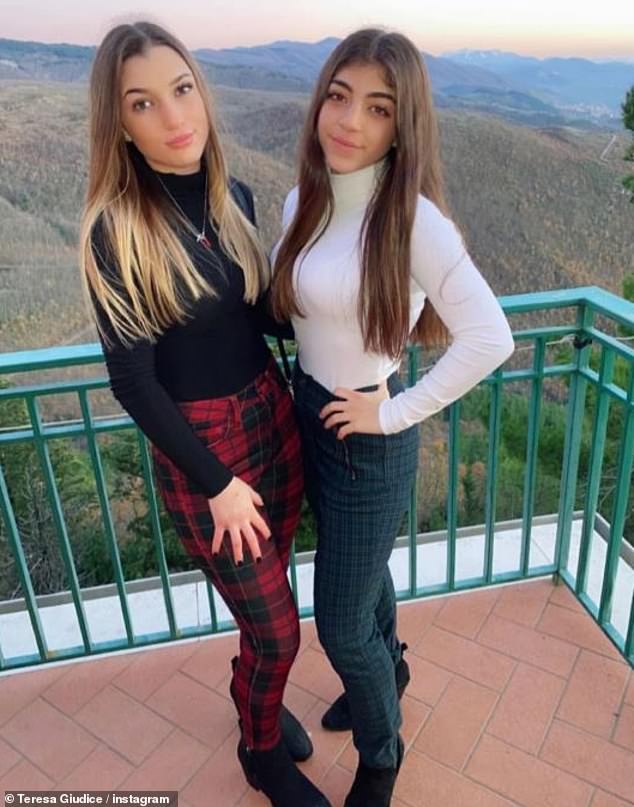 Sister sister: Gabriella and Milania have been posing up a storm together while on the family trip away

Joe and Teresa are also parents to Gabriella, 15, and Audriana, 10.

Teresa has been spending the holiday season back home in New Jersey with her brother and his family.

She’s been spotted out getting cozy with her longtime friend, Anthony Delorenzo, who she’s known for 40 years.

The reality star was rumored to have dated Anthony when they were teens, and she flirted with him as he installed her $ 50K pool on the November 20th episode of the Bravo show. 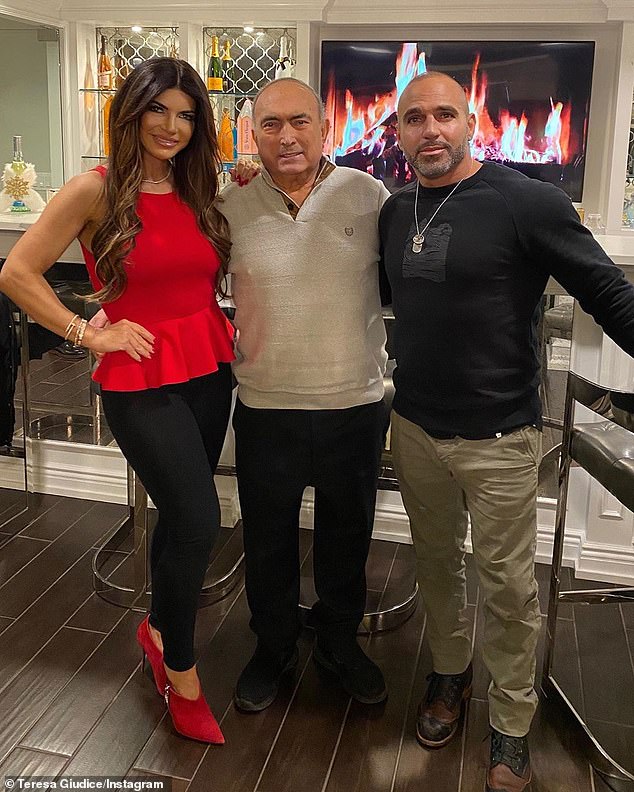 Over in the US: Teresa spent Christmas Eve with her brother Joe and close pal, Anthony Delorenzo (pictured with her dad and brother Joe)

People reported on December 17 that Teresa and Joe were ‘slowly, amicably separating after 20 years of marriage.’

However, the mag noted that the high school sweethearts had ‘no plans for divorce’ yet ‘neither is interested in a long distance relationship.’

Teresa had previously completed her 11-month sentence for 41 counts of fraud ending in December 2017.

The tax-evading duo were originally sentenced in October 2014 for bankruptcy fraud and conspiracy to commit mail and wire fraud. 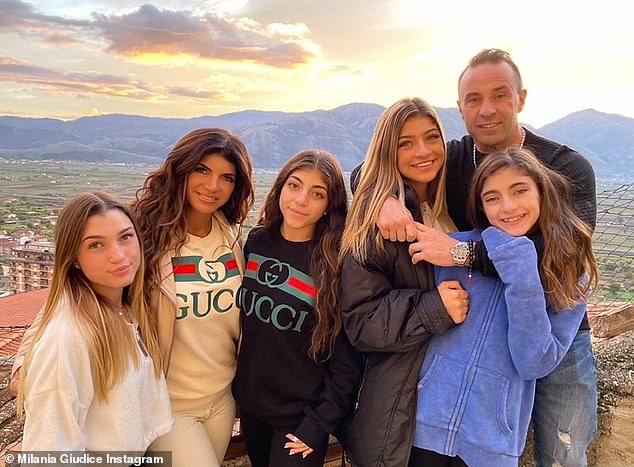 Family drama: The tax-evading duo were originally sentenced in October 2014 for bankruptcy fraud and conspiracy to commit mail and wire fraud