Revealed: Jordyn Woods ‘signed non-disclosure agreement with Kardashian family… and they are NOT happy about her sit-down with Jada Pinkett Smith’

By Christine Rendon And Heidi Parker For Dailymail.com

Jordyn Woods recently revealed she will be sitting down for an interview with Jada Pinkett Smith after becoming embroiled in a cheating scandal with Tristan Thompson.

But the reality star, 21, may have to be mindful of what she shares during the sit-down, as she has reportedly signed a non-disclosure agreement with the Kardashians, TMZ reported Tuesday. 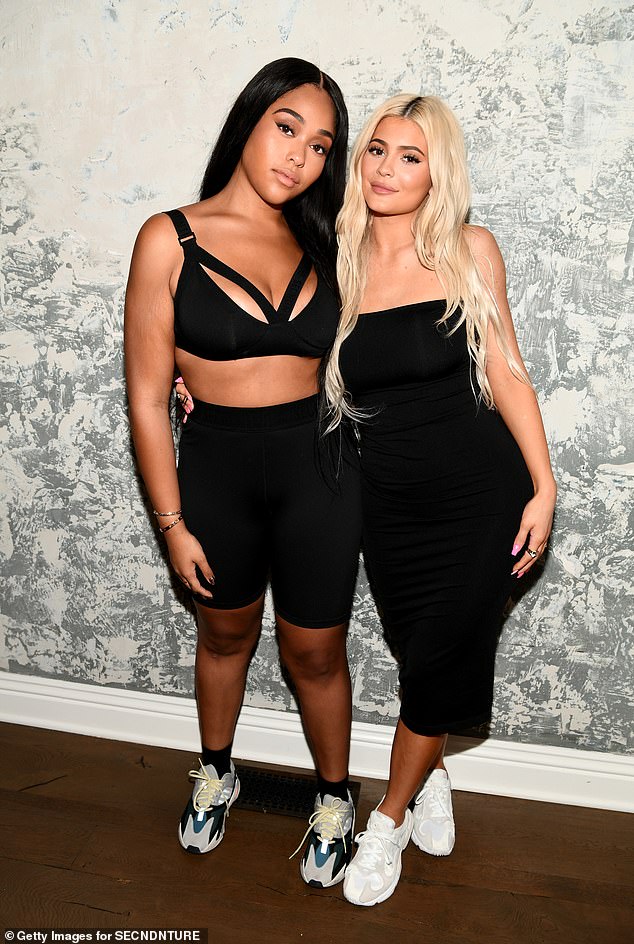 Minding her P’s and Q’s: Jordyn Woods has reportedly signed a non-disclosure agreement as part of her close association with the family, according to TMZ (pictured with Kylie Jenner in August 2018) 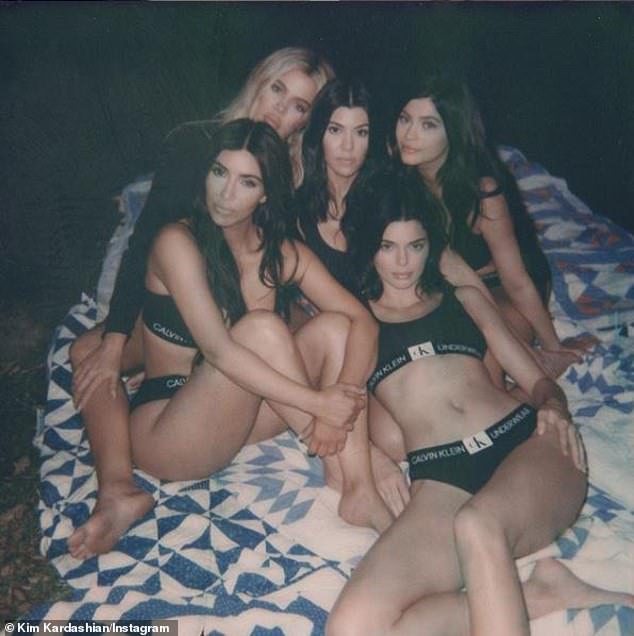 As of now, no one knows what exactly will be discussed during the interview, but a source has revealed to TMZ Jada intended to create an opportunity for Jordyn and Khloe to repair their relationship.

Jordyn has revealed she will be breaking her silence on Jada’s Red Table Talk show on Facebook. 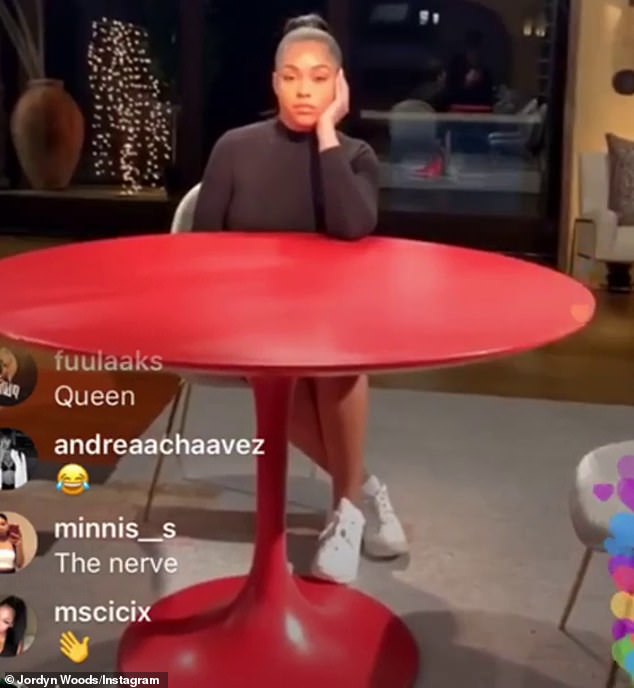 She wants to talk: Jordyn will be breaking her silence on the scandal that ripped through the reality TV world last week. She has been accused of making out with Khloe Kardashian’s beau and baby daddy Tristan Thompson 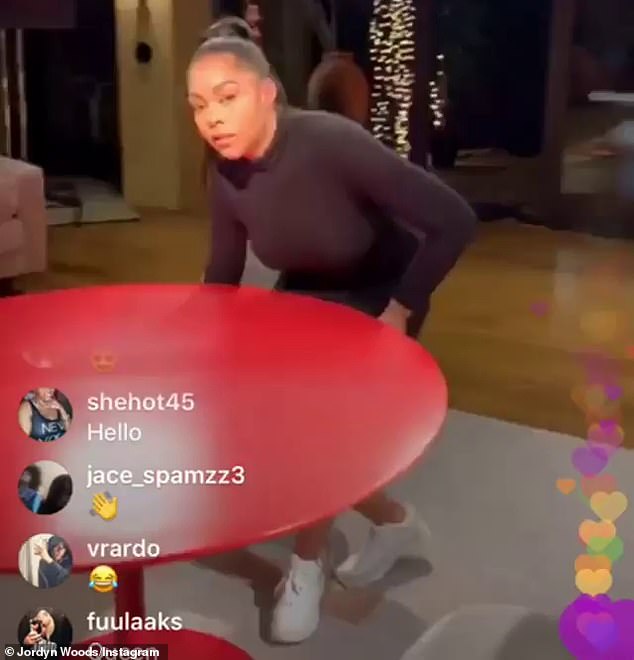 She landed the big interview: Woods is set to spill her side to Smith, who has been a longtime family friend 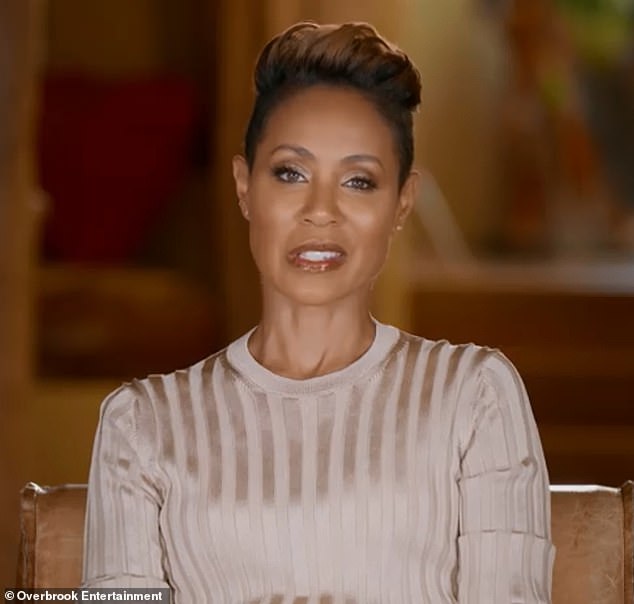 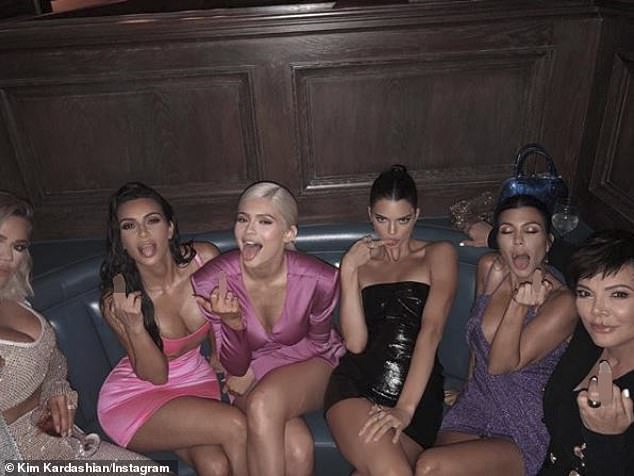 Famous family: Jordyn reportedly cannot talk about the Kardashians as part of her NDA, according to TMZ

News broke over a week ago that Jordyn betrayed Khloe by making out with the star’s baby daddy Tristan Thompson at a house party in Los Angeles.

Jordyn, who is Kylie Jenner’s best friend, has remained mum on the subject as she isolates herself inside her mother’s home.

Woods shared a clip of herself on Instagram Stories walking onto the set of the show. She looked stone faced while wearing black clothes and white sneakers as she took her seat at the large, round red table. 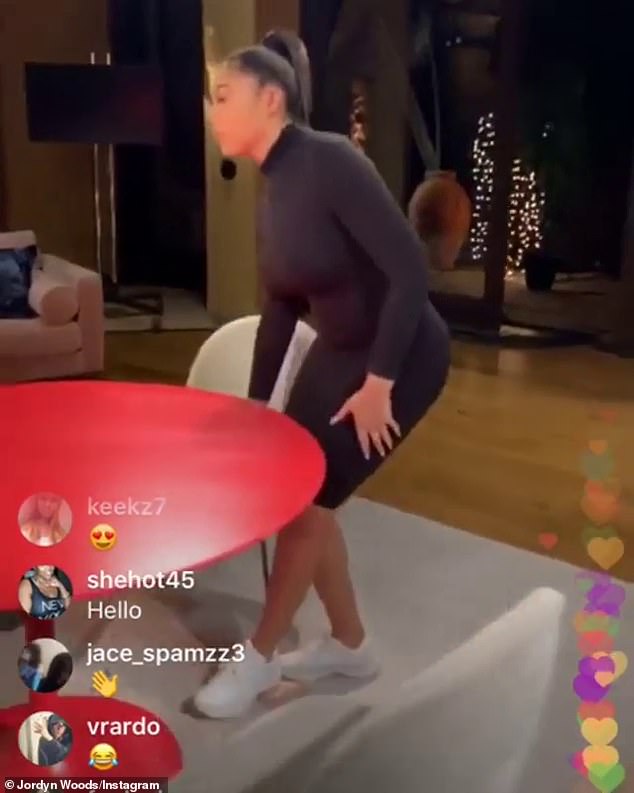 Dressed way down: Gone are the sexy outfits. Here the siren was seen in a black top and leggings with white sneakers 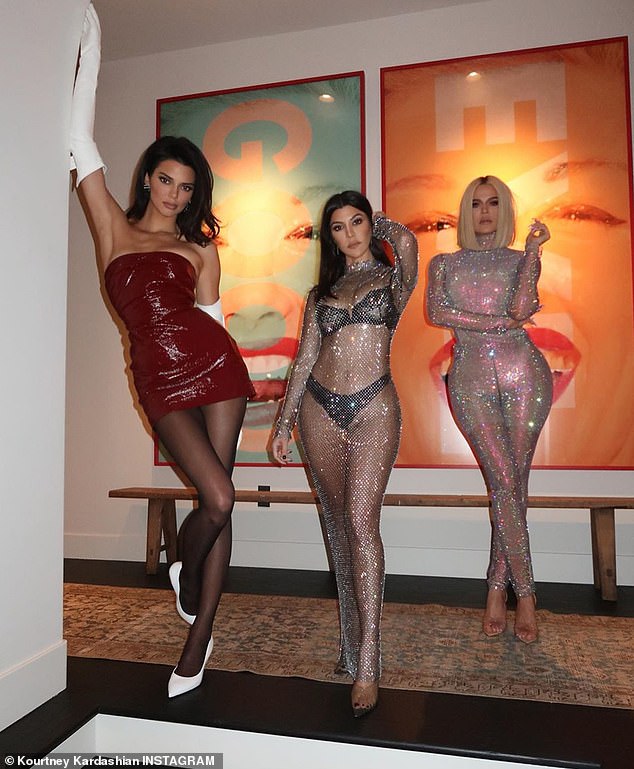 What would Tristan say? Khloe was quick to show cheating ex boyfriend Tristan what he was missing when she posed for a raunchy sister shoot on Monday

It’s been hard to sympathize with Woods so far.

The Los Angeles native has said that she was drunk when Tristan made the moves on her, according to TMZ, but the Kardashian/Jenner family reportedly does not believe her because she drove home at 7 am the next morning.

There is also the claim that Jordyn at first denied the hookup with Khloe then she admitted to it. 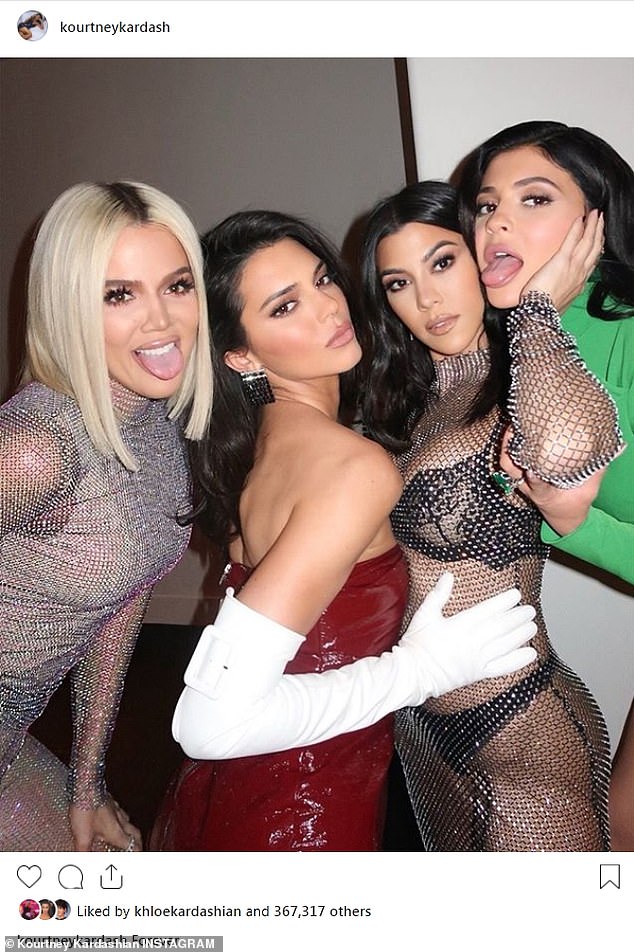 TMZ has said that the trust is broken with Woods and they have cut her out of all family businesses.

Meanwhile, the scandal is being filmed for season 16 of Keeping Up With The Kardashians. 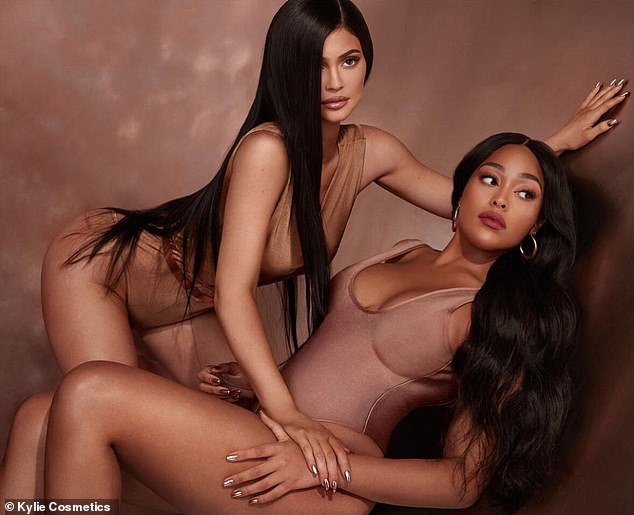 Her pal: ‘Khloe is not mad at Kylie,’ a source told UsMagazine on Sunday. ‘That’s her sister.’ Kylie, 21, has always been close to Khloe, 34, but found herself unexpectedly caught in the middle of her big sister’s latest romantic trauma last week 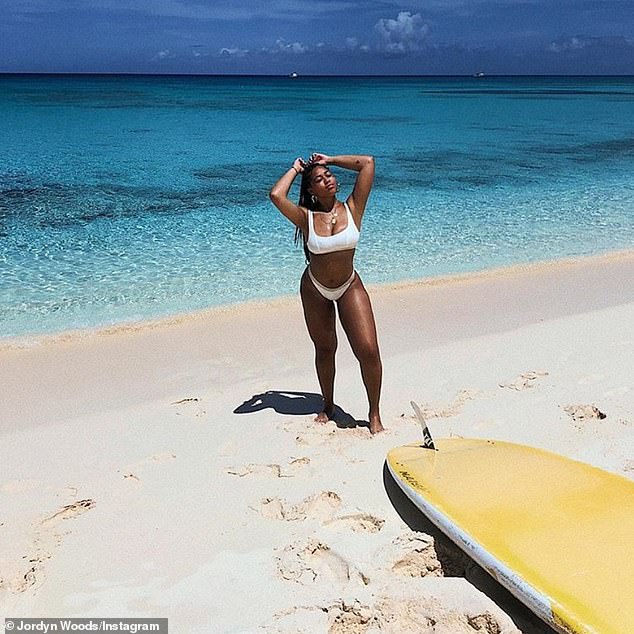 Khloe has been taken to Palm Springs by her sisters Kourtney, Kendall, Kim and Kylie to recover from her hearbreak.

And the star, who also goes by KoKo, showed off her stunning figure in a photo shoot with her sisters.

The Revenge Body staropted for a sparkly number that effortlessly hugged her enviable toned and hourglass physique. The new mom to ten-month-old True Thompson, teamed her look with nude heels.

Another shot saw Khloe tap onto the peachy behind of her elder sister, Kourtney, 39.

She was also joined by Kendall and Kylie Jenner.

‘Her family continues to support her,’ the source added. ‘Everyone is trying to cheer her up and be around to help.’

Kylie, 21, has always been close to Khloe, 34, but found herself unexpectedly caught in the middle of her big sister’s latest romantic trauma last week.

Her longterm best friend Jordyn, who even lived with Kylie in her mansion, was seen making out with Khloe’s NBA star boyfriend Tristan Thompson at a party on Sunday 17th February. 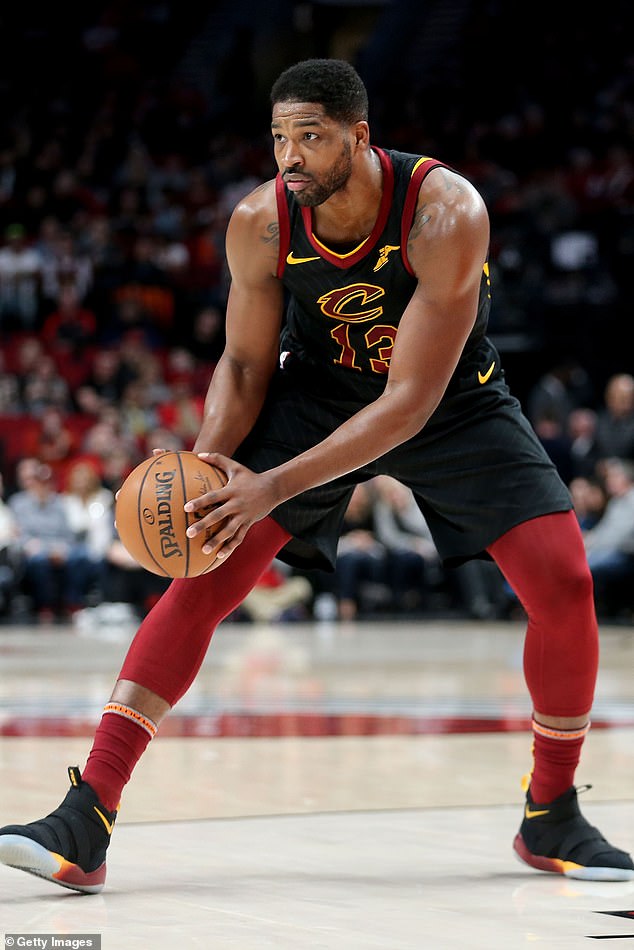 He has not played in a while: The athlete is with the Cleveland Cavaliers but has sat on the bench because of an injury; seen on January 16

The revelation left Kylie caught in the middle, and she asked her friend to move out to give her space.

But while the other Kardashian sisters took swift action and unfollowed Jordyn on Instagram, Kylie is said to be torn over how to react.

Meanwhile it has been claimed that Jordyn has been asking both Khloe and Kylie to forgive her for her mistake, which she has reportedly blamed on being drunk. 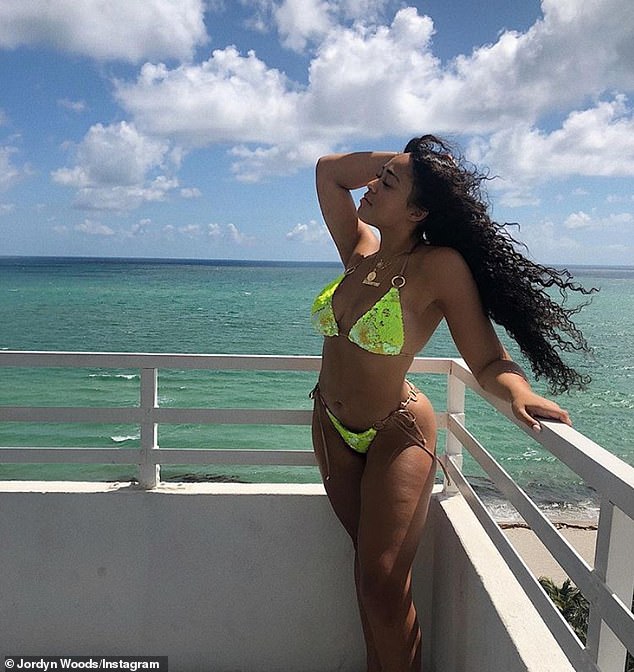 She is losing money but has gained social media fans: TMZ has said that the trust is broken with Woods and they have cut her out of all family businesses. Woods was a model for Khloe’s Good American brand and she collaborated with Kylie on a makeup line called Kylie x Jordyn

According to TMZ, sources say Jordyn ‘admits she made a stupid decision’ in getting close to Tristan and that she was ‘wasted before she even went to the house party’ where the incident was alleged to have taken place.

The beauty was reportedly ‘black out drunk’ and doesn’t remember what happened at the party, but ‘started crying’ when she was told she’d allegedly kissed Tristan.

However, despite new claims she didn’t know what had happened, sources previously said she and Tristan had both ‘planned’ to ‘deny’ their clinch.