He thinks Chris Brown is being undervalued.

So Justin Bieber took to Instagram on Friday to to show his support for the singer, who was arrested in France earlier this year for an alleged rape.

The 25-year-old Canadian singer posted a meme that compared Brown to Michael Jackson and Tupac Shakur. 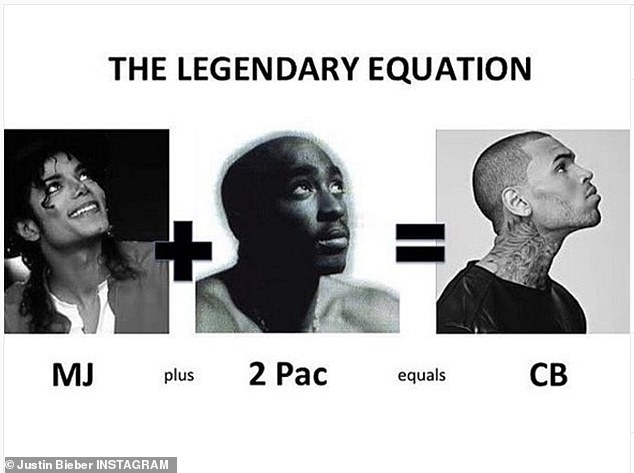 Showing support: Justin Bieber, 25, showed his support for Chris Brown on Friday when he posted a meme to Instagram comparing the singer to Michael Jackson and Tupac Shakur

The minimalist image was titled, ‘THE LEGENDARY EQUATION,’ and featured three photos of Jackson, Shakur and Brown gazing toward the sky.

‘the people who have over looked this mans talent because of a mistake he made.. you need to reevaluate! Love you @chrisbrownofficial.’ 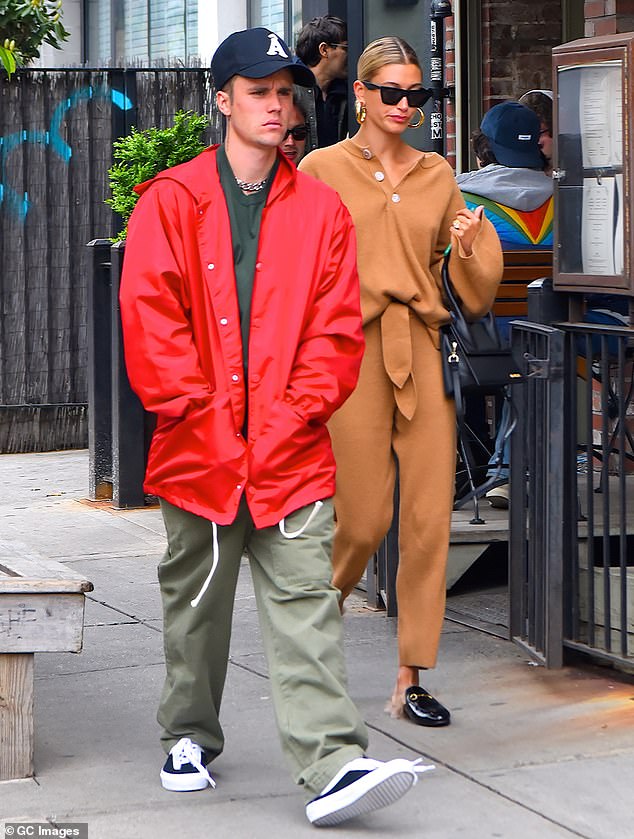 Big claim: ‘I’m calling it now when CB passes away after a long full life, you will miss what you had in front of you the whole time … trust me watch you will see,’ wrote Justin in the photo caption; pictured Friday with his wife Hailey Baldwin 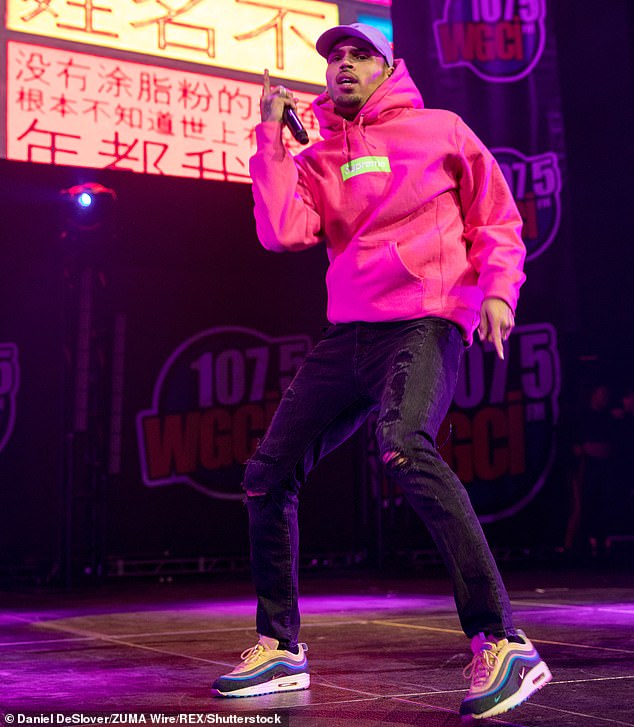 Friendly message: ‘the people who have over looked this mans talent because of a mistake he made.. you need to reevaluate! Love you @chrisbrownofficial’ wrote Justin; Brown pictured in 2017

It’s not clear if the meme suggests Brown’s musical style is a mixture of Jackson’s iconic pop with Shakur’s inventive wordplay, or if it suggests his artistry is even greater than that of the late musicians.

Jackson died of drug-induced cardiac arrest in 2009, and Shakur was murdered in 1996 in a drive-by shooting.

The Thriller singer was accused of molesting young boys in 1993 and 2002, and the allegations were renewed with the 2019 release of the documentary Leaving Neverland, which profiles two men who claimed the singer assaulted them when they were children.

Shakur was convicted for first-degree sexual abuse in 1995 for participating in a gang rape that occurred in 1993. 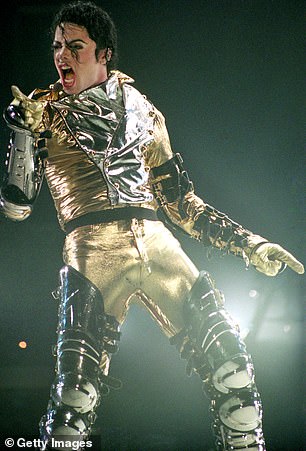 Whoops! The meme comparing Jackson and Shakur to Chris Brown doesn’t allude to the accusations and convictions of sexual violence that dogged both men

A pattern: Justin is friends with Brown and previously defended him last year, after the R&B singer was arrested in France for an alleged rape

Justin’s defense of Brown isn’t a new development. The two are friends and collaborated on the 2011 single Next To You.

This also isn’t the first time the Sorry singer has defended Brown.

He responded to one of the Look At Me Now singer’s Instagram posts in January, shortly after Brown was arrested in France for an alleged rape.

‘No one can touch you ur the GOAT [greatest of all time],’ he wrote in the comments. 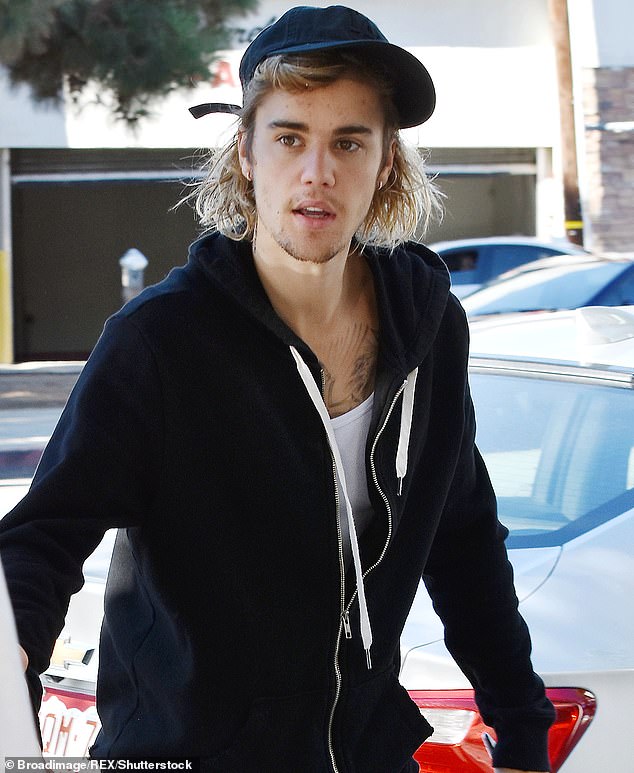 High esteem: ‘No one can touch you ur the GOAT [greatest of all time],’ he wrote in the comments; pictured in October

Justin’s show of support came shortly after Brown praised his ex-girlfriend Rihanna on Instagram, calling her a ‘queen’ and urging her to release new music.

He pleaded guilty in 2009 to assaulting the Work singer badly enough to require a trip to the hospital.

He was ordered to serve five years of probation, community service and counseling for domestic violence.

Since then, the Beautiful People singer has had multiple run-ins with the law, often for violent offenses involving women.

He was arrested in 2016 after a woman called the police claiming he had threatened her with a gun inside his home. He engaged in a standoff with the LAPD after refusing them entry with their search warrant, all while posting inflamed Instagram videos about the incident.

Brown was also arrested in France in January for aggravated rape after being accused by a 24-year-old woman. No charges were eventually filed. 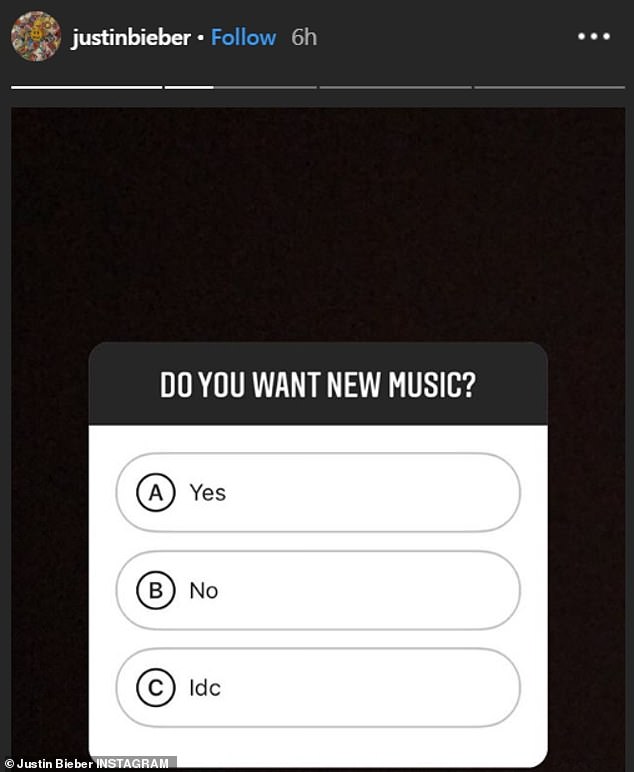 Upcoming? Shortly after posting the meme, Justin posted a poll to his Insta Stories, asking, ‘Do you want new music?’ 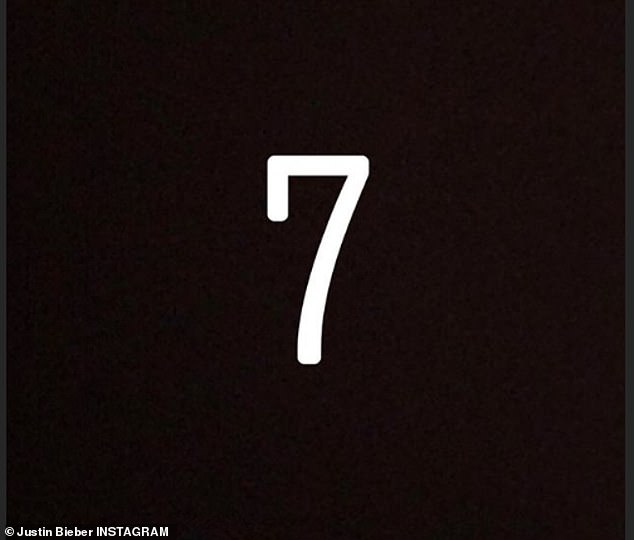 Cryptic: The question was followed by a black screen featuring a single ‘7,’ presumably a hint at an upcoming music release

Shortly after posting the meme, Justin posted a poll to his Insta Stories, asking, ‘Do you want new music?’

The question was followed by a black screen featuring a single ‘7,’ presumably a hint at an upcoming music release.

The number doesn’t line up with the Despacito singer’s output, as he’s only released four albums so far, though it may point toward a release date of May 7.