Justin Bieber sent fans into a frenzy by posting a sonogram and photos of wife Hailey with a ‘bump’ on April Fools’ Day.

The singer, 25, first shared a scan of a baby on Monday. However, the image matches up to one available on Google.

With an apparent tone of sarcasm, Hailey wrote under the sonogram: ‘Very funny…’

But Bieber doubled down on the pregnancy buzz by later sharing photos of Hailey with an apparent bump at a doctor’s office.

He wrote in the caption: ‘If U thought it was April fools’ 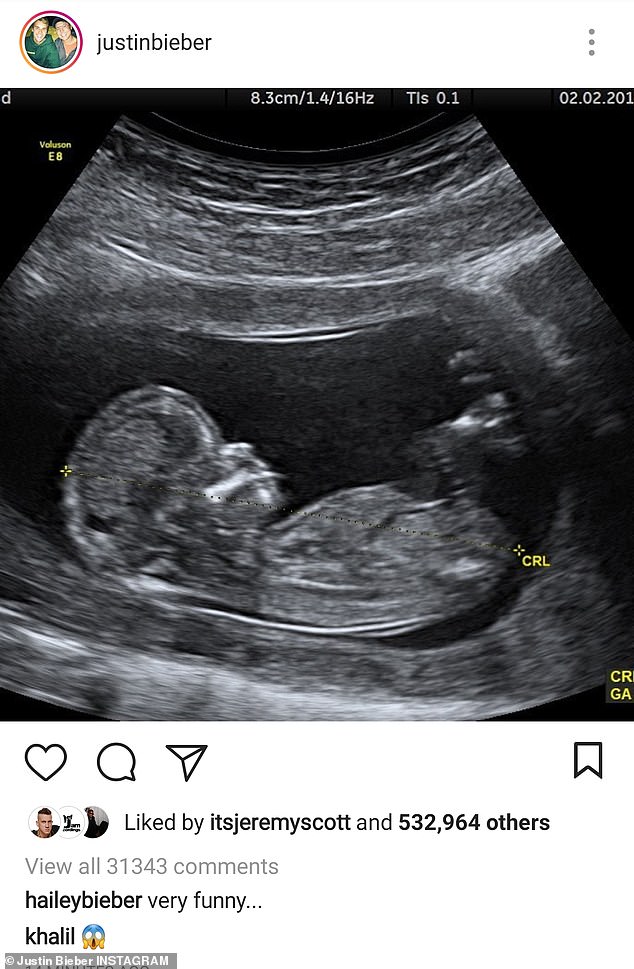 Baby, baby, baby: Justin Bieber sent fans into a frenzy on April Fools’ Day by sharing a sonogram on his Instagram account

Medical staff are seen touching her stomach her while she’s hooked up to an IV.

Shortly after Bieber revealed it was in fact all a prank as he posted another ultrasound but this time showing a puppy photoshopped into it.

‘Wait omg is that a,,, APRIL FOOLS’ the singer put in the caption.

The couple are keen to start a family and just last week reports claimed the pair were putting baby plans on hold as he continues to deal with his mental health.

Bieber is currently seeking treatment for depression and has spoken candidly about wanting to ‘repair’ some of his ‘deep rooted issues’.

He shared a message on Instagram last week to let his fans know where he is mentally, and said he would be returning to music once he’s finished getting his personal life in order. 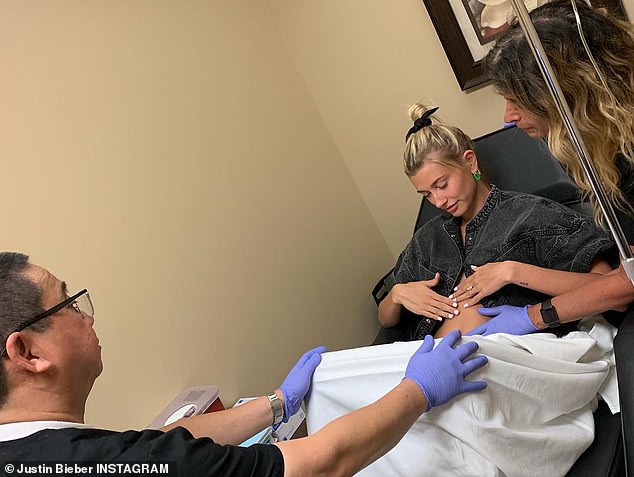 ‘If U thought it was April fools’: Bieber doubled down on the pregnancy buzz by later sharing photos of Hailey with an apparent bump at a doctor’s office 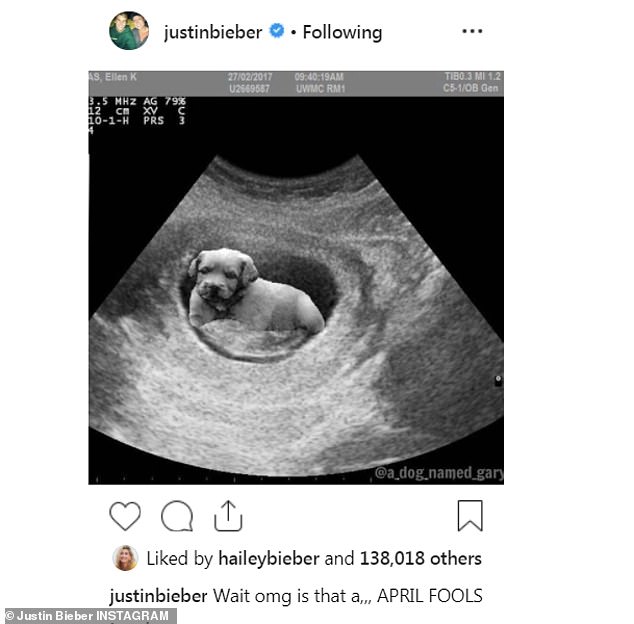 Gotcha! After all that Bieber revealed it was a joke

He wrote: ‘So I read a lot of messages saying you want an album .. I’ve toured my whole teenage life, and early 20s, I realised and as you guys probably saw I was unhappy last tour and I don’t deserve that and you don’t deserve that, you pay money to come and have a lively energetic fun light concert and I was unable emotionally to give you that near the end of the tour.

‘I have been looking, seeking, trial and error as most of us do, I am now very focused on repairing some of the deep rooted issues that I have as most of us have, so that I don’t fall apart, so that I can sustain my marriage and be the father I want to be. Music is very important to me but Nothing comes before my family and my health.’

Bieber wasn’t the only star teasing fans this April Fools.

Jennifer Garner pretended to write a memoir titled Bless Your Heart and took to Instagram to say, ‘I’m thrilled and finally able to share with all of you—I’ve written a book! 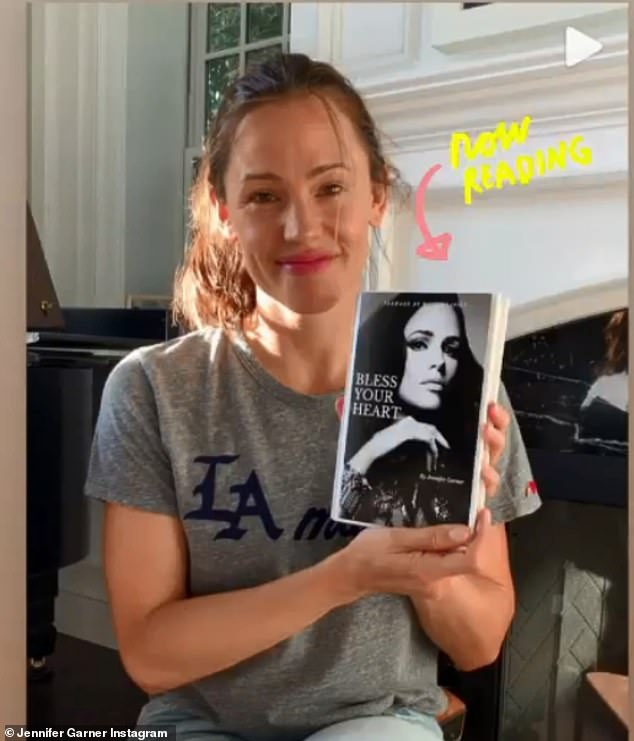 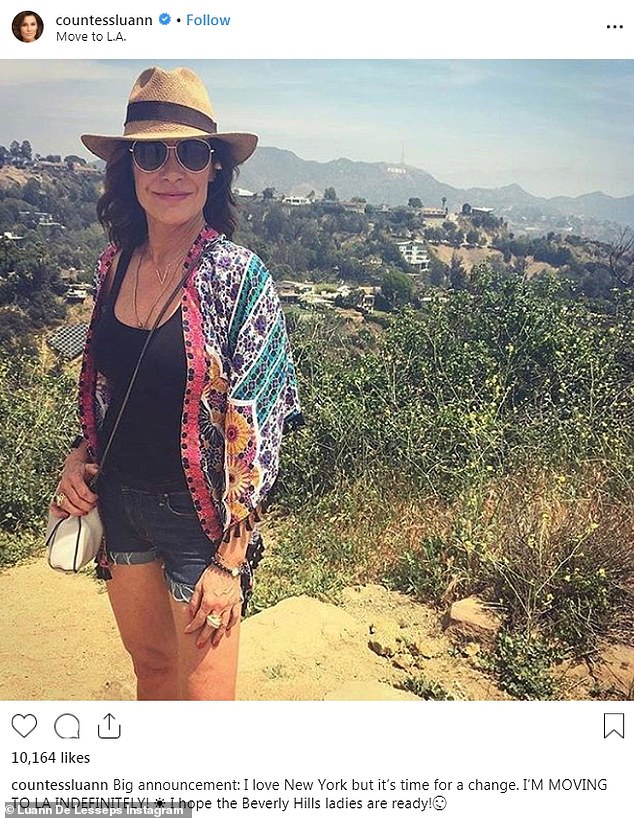 ‘This whole process has been humbling and illuminating, taking me deep into places I didn’t even know I could go.

‘Thank you to every one who helped bring these stories to life and held my hand along the way. The time has come for me to share it—I can’t wait to hear what you think. XX Jen.’

Soon after she added, ‘Update: Thank you for being so happy for me. Your sweetness makes me feel for playing a joke. But this is an April Fool’s. ♥️♥️♥️’

A miracle! Actress Claudia Jordan, 45, pretended she was pregnant

She added, ‘I hope the Beverly Hills ladies are ready,’ along with a winking emoji. The photo was from LA.

Claudia Jordan held her belly and wrote in the caption, ‘It’s never too late for miracles…’

Sarah Michelle Gellar joked that another show from her past would be returning to the small screen.

Anyone remember ‘Swan’s Crossing’? Well, according to SMG, ‘Sydney Rutledge is all grown up.’ 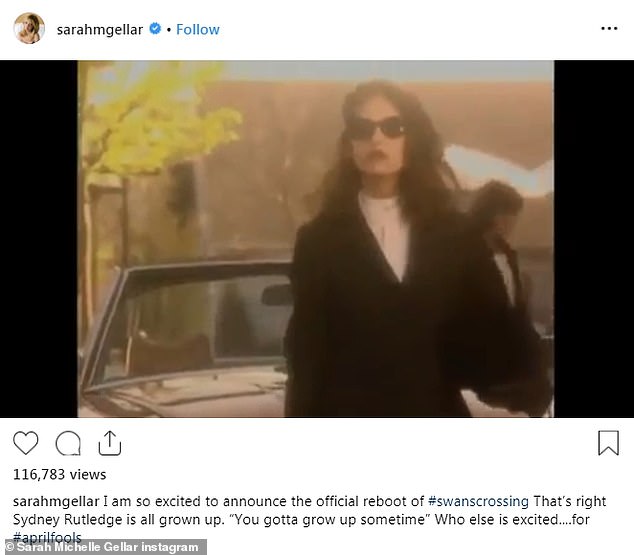 Fake announcement: Sarah Michelle Gellar joked that another show from her past would be returning to the small screen

Talk show host Dr. Phil revealed he was shaving off his mustache with shaving foam and a razor at the ready in some Instagram photos.

He showed off the new hair-free look with the caption: ‘Well… I did it.’

Ronda Rousey revealed plans to leave the WWE to pursue ‘a passion that’s been with Ronda for her entire life’: Jazz.

The star was seen playing the sax for her wrestling family in a quick video. But it was a joke.

Tom Brady announced on Twitter he was retiring: ‘In my spare time, I’ll be tweeting #LFG.’ 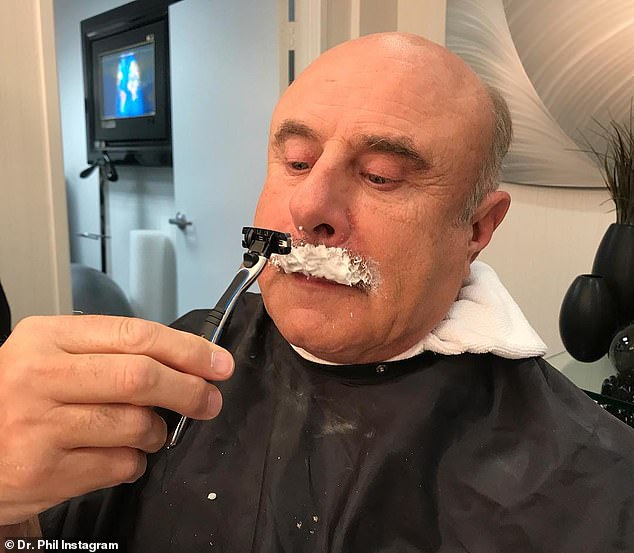 Saying goodbye? Dr Phil teased fans that he was shaving off his iconic mustache 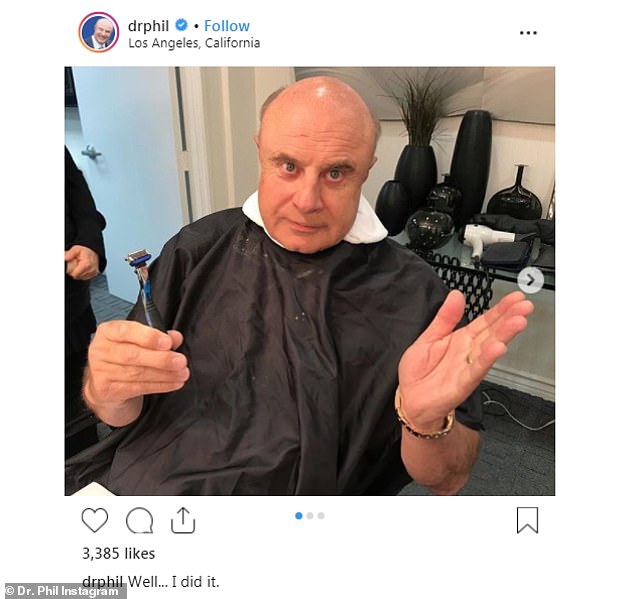 Whoa! The TV star appeared to have done it but maybe it’s photoshopped 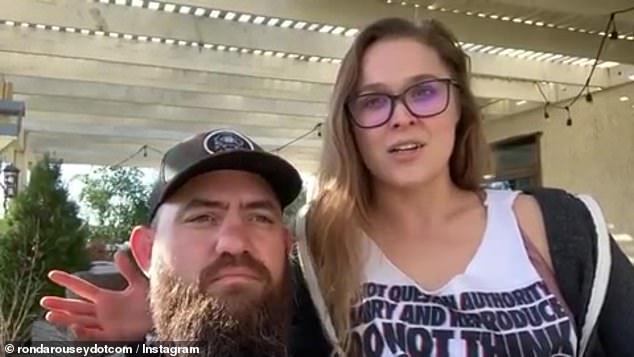 Ronda Rousey revealed plans to leave the WWE to pursue ‘a passion that’s been with Ronda for her entire life’: Jazz

About an hour later he asked, ‘Was this a bad joke?’ He then said, ‘I don’t quite feel like that yet.’

DC shared a link for Aquaman 2 but then when it was clicked on, a trailer for Shazam started.

Mark Ruffalo said he had a spoiler for Avengers: Endgame but there was nothing. 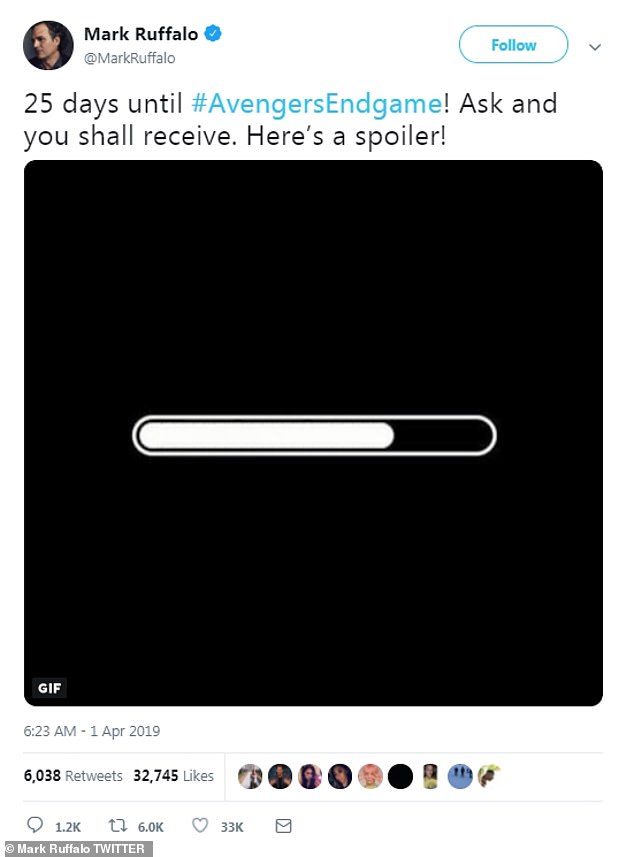 So bad! Mark Ruffalo teased fans with some Avengers spoilers but it ended up just being the Shazam trailer 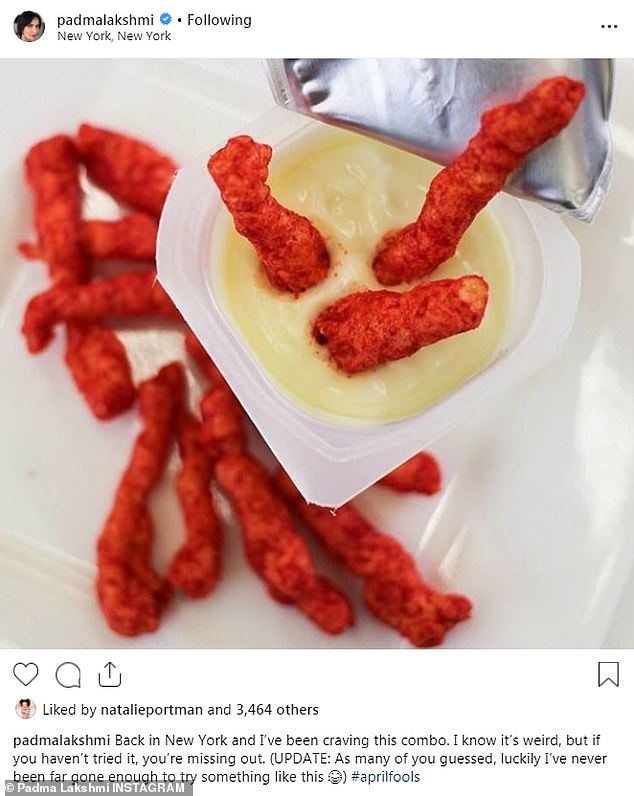