Kate Beckinsale has been hospitalised after suffering a ruptured ovarian cyst.

The English stunner, 45, took to social media Saturday night to share a pair of Instagram shots from inside a hospital, where she was being treated amid the health issue.

‘Turns out a ruptured ovarian cyst really hurts and morphine makes me cry,’ she wrote, adding that she was ‘so thankful to everyone who looked after’ her,’ and the hashtag, #wobbly. 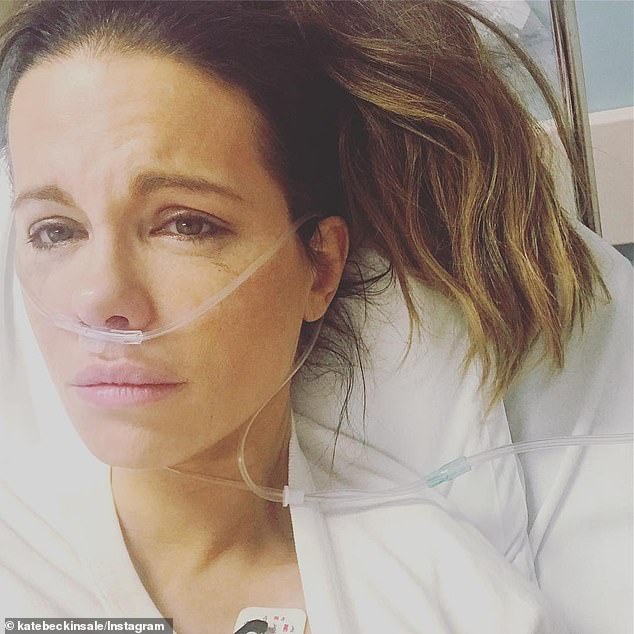 Get well soon: Kate Beckinsale has been hospitalised after suffering a ruptured ovarian cyst, sharing photos from her hospital bed on Saturday night

The post included two images, one of the actress with a nasal breathing tube in, and another shot of her resting in a hospital bed.

The selfie showed the actress with smudged mascara on her cheeks while she still sported glam gold eye shadow.

The hospitalization came just three nights after the London native made a special appearance at a St. Jude Children’s Research Hospital fundraiser at the LA Art Show held at the Los Angeles Convention Center. 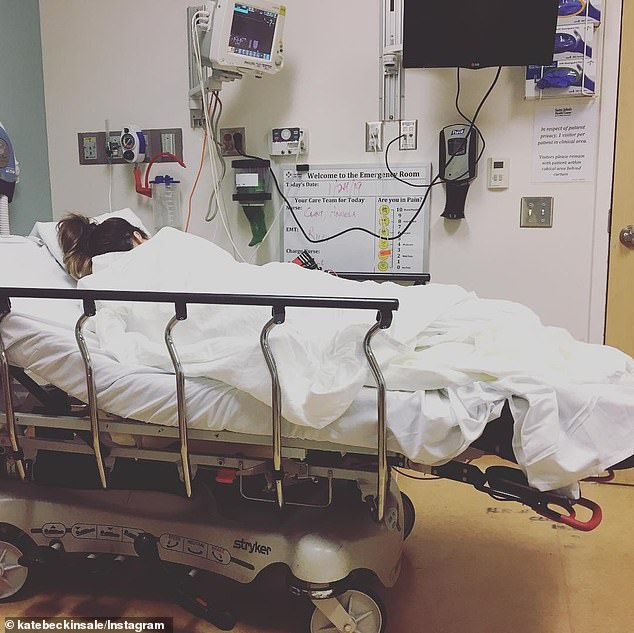 Tough times: The Pearl Harbor actress got rest in a hospital bed on the difficult evening

‘I think you get to a certain point in your life where you know what cancer does to people’s families,’ she told Variety at the event.

‘It’s just so incredible to me. It’s just a horrible nightmare.

‘And so the fact that St. Jude takes care of absolutely everything, so literally families have no other worries other than taking care of each other and their kids, I find that so moving and so brilliant.’ 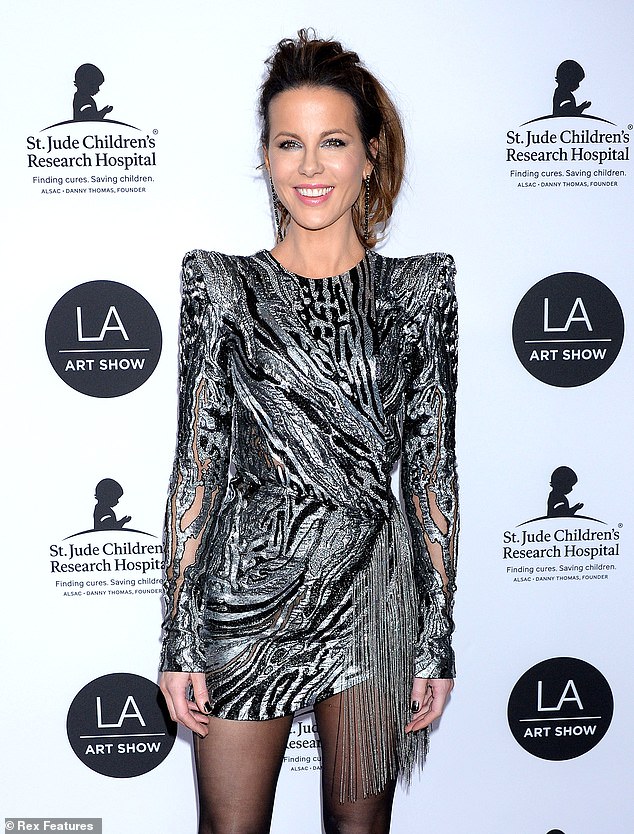 Fighting the good fight: The London native made a special appearance at a St. Jude Children’s Research Hospital fundraiser at the LA Art Show on Wednesday

In a speech at the benefit, according to the outlet, Kate hailed the medical organization for its positive impact on the ‘the way the world treats pediatric cancer and other childhood diseases.

‘Because of your support at events like tonight, families never receive a bill for treatment for travel or housing or food, because St. Jude believes that all families need to worry about is helping … their child live.’

The Total Recall star, who shares her 19-year-old daughter, Lily, with ex Michael Sheen, has past opened up on her health-geared lifestyle, which is choc with workouts and free of alcohol. 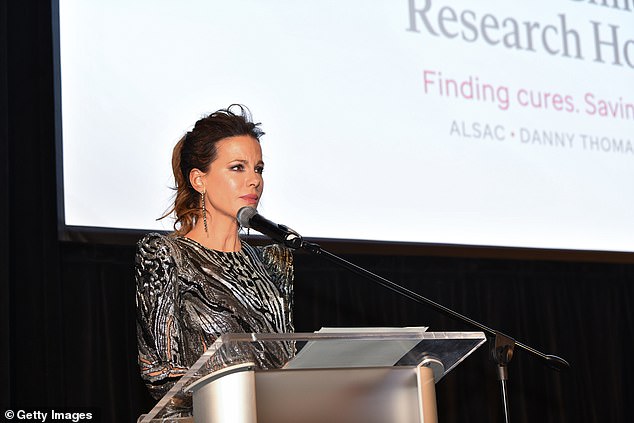 Focused: In a speech at the benefit, Kate hailed St. Jude Children’s Research Hospital for its positive impact on the ‘the way the world treats pediatric cancer and other childhood diseases’

She told SHAPE in 2016: ‘I don’t drink alcohol. I feel [its effects] very quickly, so I’ve never actually had an entire glass of anything alcoholic.’

She opened up to the fitness publication about how nothing feels better than a good exercise session, saying that ‘working out is basically nature’s antidepressant.

‘Hardcore workouts have really made a big difference in my life,’ she explained. ‘I have a lot of internal energy, and intense exercise helps me channel that energy. I find balance by doing a workout that makes me pour sweat. I never was that girl before, but I am now.’

According to the Mayo Clinic, ovarian cysts can cause serious symptoms including abdominal/pelvic pain, a fever or vomiting; those who experience such symptoms are encouraged to seek medical attention immediately. 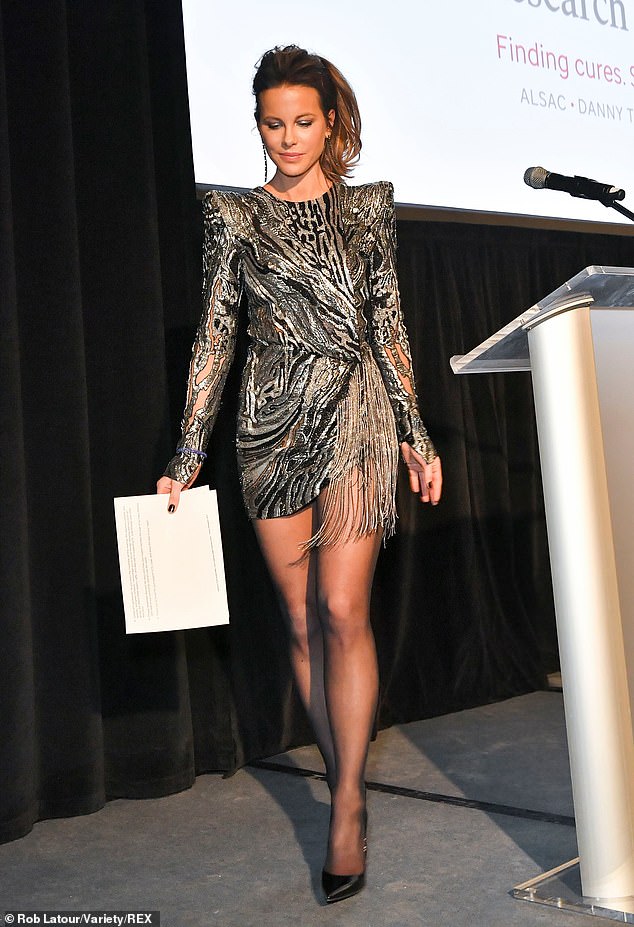 Glamorous: The actress looked stylish as she made her way from the podium