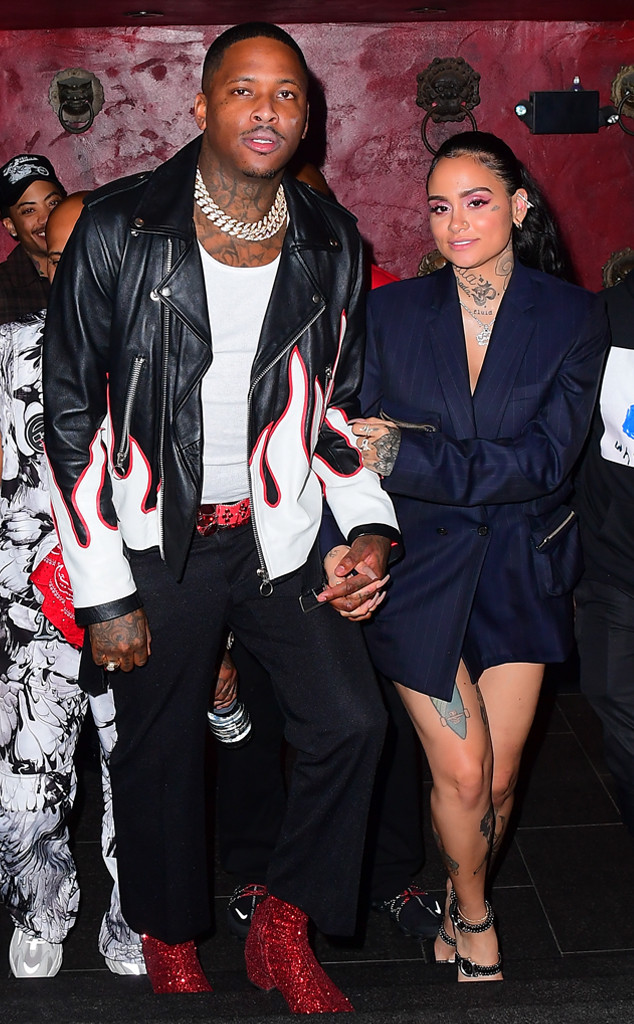 When reporters asked if the two are “official,” the “Gangsta” star seemingly confirmed the new romance.

“Mhmm,” she replied, as shown in a video captured by TMZ.

The two also enjoyed a private dinner at TAO after the appearance.

Later on, Kehlani posted a picture of YG giving her a sweet smooch.

“Cats out the bag,” she captioned the shot.

The celebrities made a stylish pair. Kehlani wore a blue, pinstriped blazer for the outing and accessorized her look with plenty of bling. She also slicked her hair back into a chic ponytail. Meanwhile, YG opted for a black leather jacket with a firey design, which he paired with a white shirt, dark pants and some sparkly red shoes.

“I’ve gotten everything from ‘I thought she was a lesbian’ to ‘she was using queerness to promote her career, then went and betrayed us with a man’ to ‘her baby father is just a sperm donor,'” she told Nylon in an interview published in November. “One, I never identified as a lesbian. I’ve always been pansexual. My first mixtape included songs about males, and songs about women. My first album had songs about a nonbinary ex, an intersex ex, and male/female exes. I don’t always make it a point to identify pronouns in the music because that isn’t the focal point. I think what steered everyone in the direction of categorizing my sexuality (which is still really narrow-minded) was my song ‘Honey,’ and a couple of the features I’d done after.”

Kehlani has been romantically linked to celebrities in the past, including Kyrie Irving and PartyNextDoor.