By Kelby Vera For Dailymail.com

An overdose took her ex-husband Michael Jackson’s life in 2009.

And now Lisa Marie Presley is opening up about her own addiction to ‘opioids and painkillers’ in an essay penned for the forward of the book The United States of Opioids: A Prescription for Liberating a Nation in Pain by Harry Nelson.

Admitting she’s ‘grateful to be alive today,’ the singer, 51, warned of the dangers of prescription drugs as she explained how easily her addiction began after being prescribed painkillers following the birth of her twin daughters in 2008. 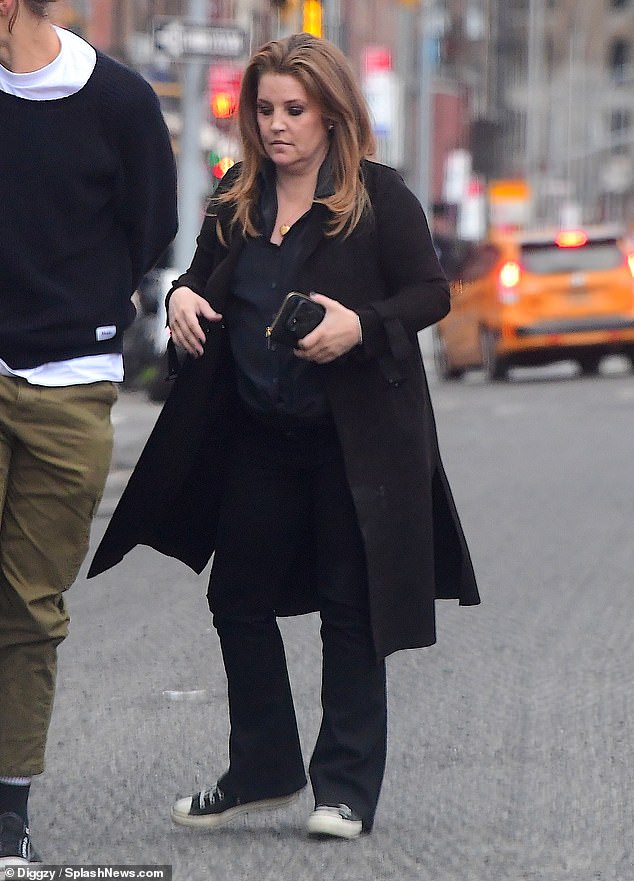 Coming clean: Lisa Marie Presley (above in April) has opened up about her personal struggle with opioid and painkiller addiction in the forward for the book The United States of Opioids by Harry Nelson

‘You may read this and wonder how, after losing people close to me, I also fell prey to opioids,’ wrote Presley.

She was likely referring to ex-husband number two, Michael Jackson, who passed away from a propofol overdose in 2009.

Additionally, ‘drug use was heavily implicated’ in father Elvis’ 1977 death, although original coroners did not consider substances as the official cause of his death.

Lisa Marie, a mother-of-four, went on explain how the hyper-addictive nature of modern painkillers lead her to addiction.

‘I was recovering after the [2008] birth of my daughters, Vivienne and Finley, when a doctor prescribed me opioids for pain. It only took a short-term prescription of opioids in the hospital for me to feel the need to keep taking them,’ she warned. 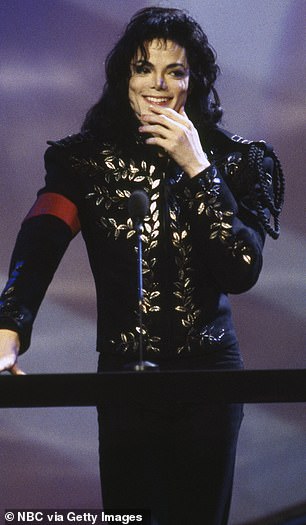 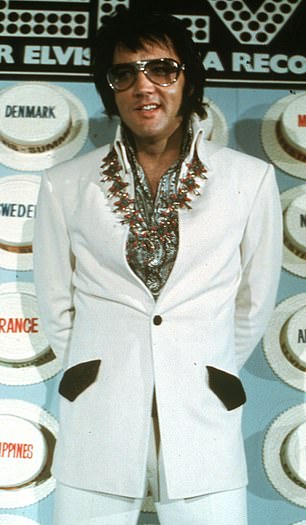 Devastating: She mentioned how drug abuse has effected loved ones, likely referring to ex Michael Jackson and father Elvis 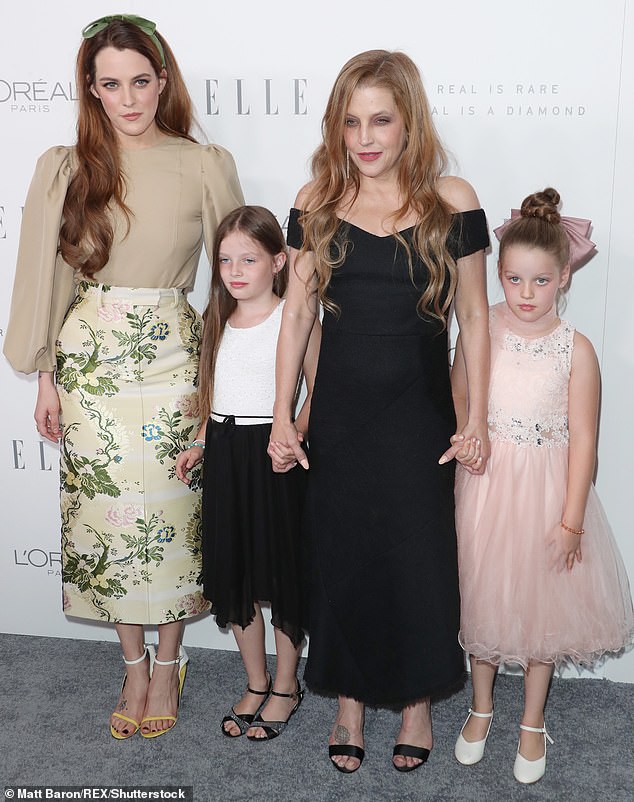 Dangerous: Presley revealed how taking prescription painkillers after the birth of her daughters quickly lead to a dangerous addiction. Above she’s seen with daughter Riley Keough and twins Finley and Harper Lockwood back in 2017

Presley admitted it was ‘a difficult path to overcome this dependence, and to put my life back together.

But the very private star said seeing loved ones’ struggles inspired her to come clean about her problems and get the help she needed.

‘Even in recent years, I have seen too many people I loved struggle with addiction and die tragically from this epidemic.’

Urging people to ‘say goodbye to shame about addiction,’ Lisa Marie said: ‘We have to stop blaming and judging ourselves and the people around us… That starts with sharing our stories.’ 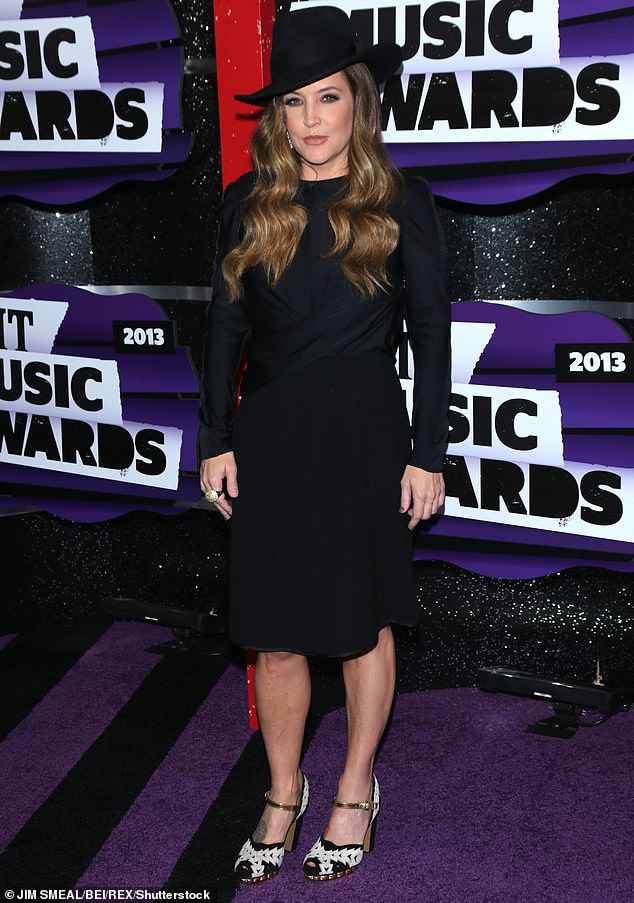 For the greater good: While the star ‘wasn’t sure that [she] was ready to share on such a personal topic,’ she decided to open up in order to ‘help other people.’ Above 2013

While the star ‘wasn’t sure that [she] was ready to share on such a personal topic’ at first, she decided it was time to open up in order to ‘help other people.’

‘Across America and the world, people are dying in mind-boggling numbers because of opioid and other drug overdoses. Many more people are suffering silently, addicted to opioids and other substances.

‘I am writing this in the hope that I can play a small part in focusing attention on this terrible crisis. I experienced firsthand how hard it is to cut through all of the bad information out there to get help. We all need to educate ourselves and the people around us on the dangers of opioids and other drugs, and understand what we can do to keep ourselves and the people we love safe…. Acknowledging that we are all at risk is not a measure of weakness, but of honesty.’

While Lisa Marie is now vowing to share her story, the star had previously tried kept her substance struggles under-wraps. 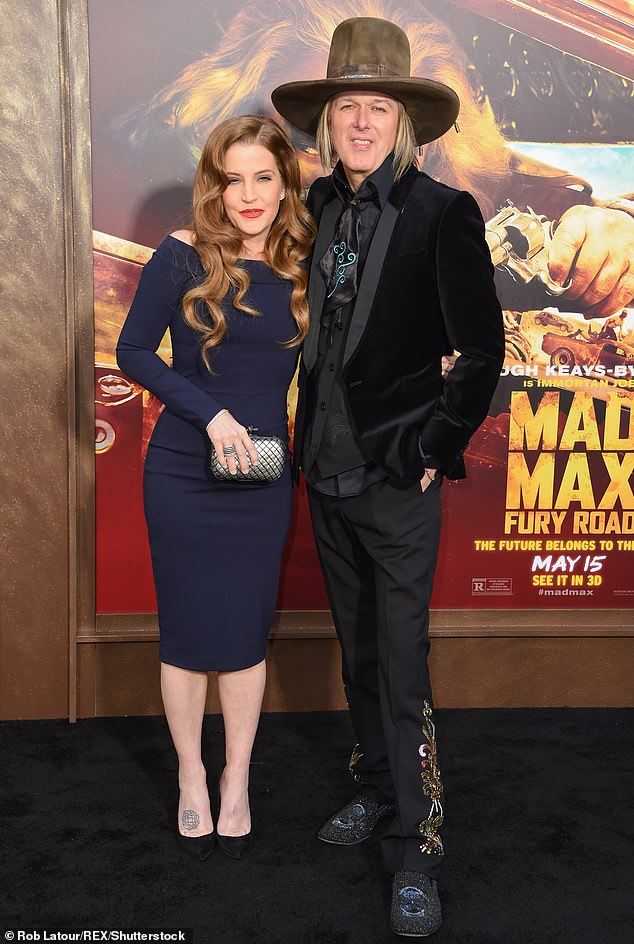 Revealed: Details about Lisa Marie’s struggles came to light in depositions from her divorce proceedings with ex-husband Michael Lockwood, seen together above in 2015

But shocking details about her drug use came to light last year, when a 2017 deposition from her divorce to fourth husband Michael Lockwood was discovered by Radar Online.

In the transcript of the legal proceedings, Presley admitted to having to go to rehab ‘several times’ during the course of their marriage, which ended in 2016.

She also copped to ‘abusing cocaine terribly’ during the ‘last year of [the] marriage,’ telling attorneys ‘It was bad.’

Things failed to improve after the split, as Presley’s drug use lead her to temporarily losing custody of her daughters.

But now that she’s back on track, the artist credited her children for giving her ‘the purpose to heal,’ reminding readers of the ‘countless parents who have lost children to opioids and other drugs.’

Lisa Marie’s complete forward can be found in The United States of Opioids: A Prescription for Liberating a Nation in Pain by Harry Nelson, out now. 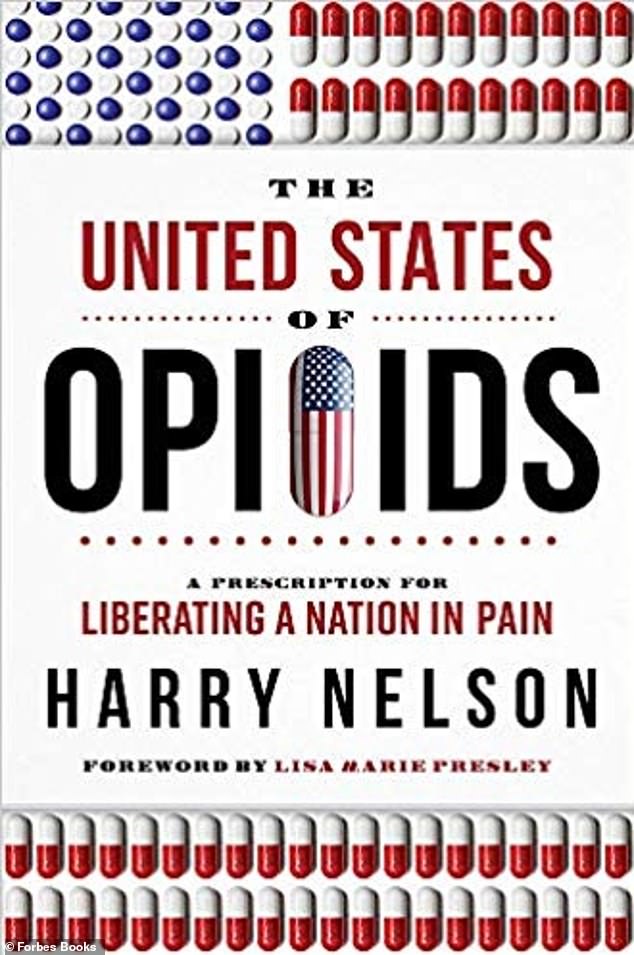 Bookworm: Lisa Marie’s complete forward can be found in The United States of Opioids: A Prescription for Liberating a Nation in Pain by Harry Nelson, out now