Love Island contestant Yewande Biala, who went to Uni at 16 and works as a scientist, proves the show’s about empowered, successful females commanding their bodies, sexuality & brain 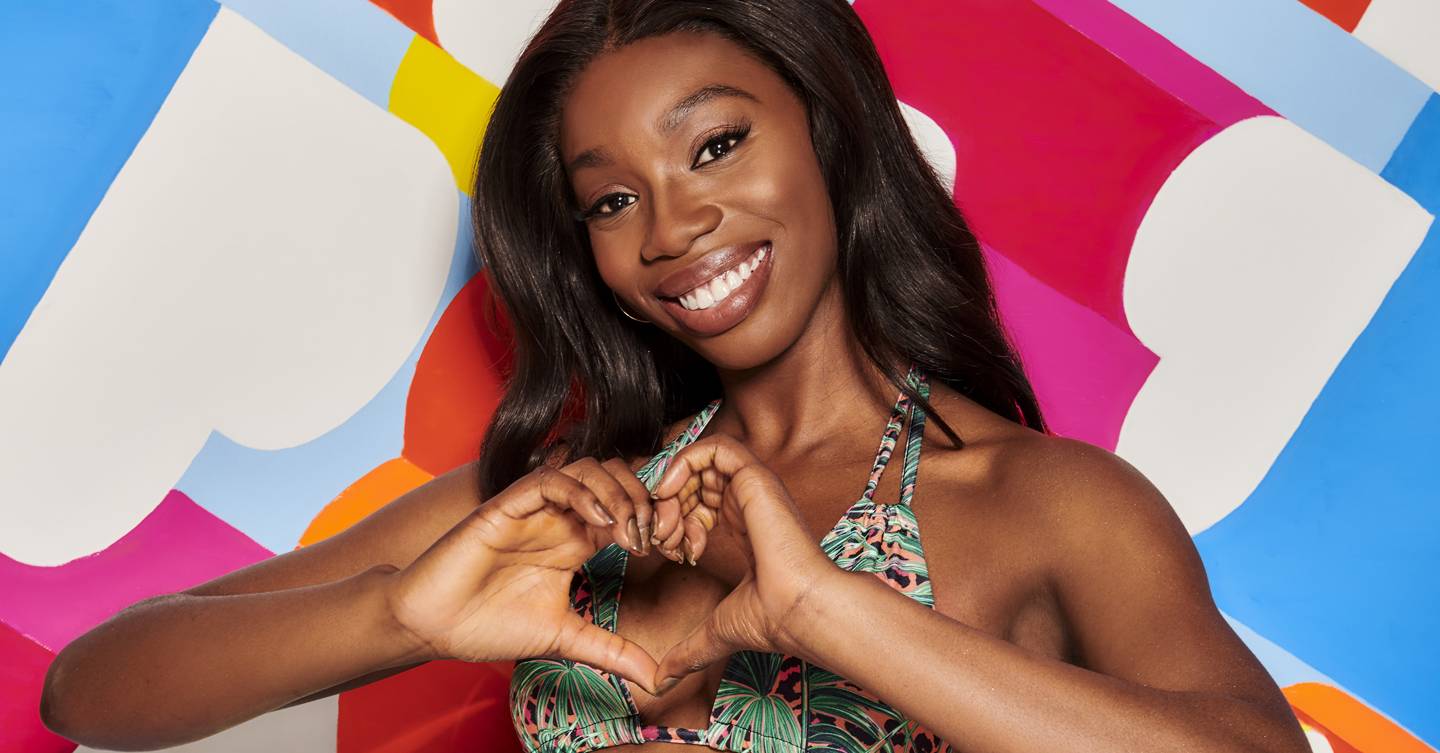 Here at GLAMOUR HQ, we’re excitedly anticipating Love Island 2019, starting next Monday 3rd June. Crossing days (actually, hours) off the calendar as our favourite summer series nears closer, named water bottles are at the ready. And with this year’s line-up offering arguably the most diverse selection of contestants’ careers in Love Island history, we’ll be seeing a whole host of people partake.

As passionate feminists, it goes without saying that for us we’re all about championing women. With teasers released, female contestants include a beauty therapist, surfer, scientist and pharmacist. As well as welcoming different young professionals to the show, Love Island undoubtedly offers a unique platform for successful women to further their career afterwards too.

Which is exactly why we’re so excited about one of this year’s contestants, Yewande Biala, a 23-year-old scientist from Dublin.

Perhaps unsurprisingly, our first question for the high-flying career woman when we met her in Mallorca ahead of her stint in the villa was ‘why Love Island?’.

“I went to Uni at 16 and I’ve been in the industry ever since I graduated and I just feel like I grew up so quickly and I didn’t get most of the experiences that my friends did; they travelled and did exciting stuff. I wanted to do something memorable and something different so I thought Love Island,” she told us.

‘We’re not saying that everyone in there is how you’re supposed to look’: Love Island producers on the lack of body diversity in the villa

Yewande, who says that if it wasn’t for Camilla Thurlow, a bomb disposal expert, and Dr Alex, she wouldn’t have even considered applying – and she doesn’t feel like she’s leaving anything behind.

“I just feel like I am taking a break from it,” she said. “I have a post-grad so I can go back and I’d like to think I can go back when I’m ready.”

Even if she doesn’t decide to return to her day job, which involves being a point of contact for anyone with queries regarding the process for manufacturing vaccines, her future looks bright.

2017 winner Amber Davies has recently been performing on the West End to great critical acclaim. Starring in Dolly Parton’s 9 to 5 musical, Amber trained in musical theatre before her Love Island stint. Speaking in February Amber explained, “I didn’t want Love Island to define who I am as a person. It has been my dream to be on the West End for my entire life”.

And we’re asking, why in this era of multi-faceted careers, Love Island can’t be seen as a fun thing to do AND a platform for success?

Take Megan Barton Hanson for example, who since leaving the show in joint fourth place with Wes, has led a wave of feminist discussions. She’s known for telling it how it is with mental health struggles, and her own personal battles. Also recently starring in ITV’s All New Monty: Ladies’ Night, Megan passionately denounces slut shaming and being judged for her sexuality. Without a doubt, Love Island enabled Megan to have this tuned-in audience who welcome her point of view, propelling the career she now has even further forwards.

The Love Island water bottles are back in stock (and you can get phonecases and suitcases too!)

Camilla Thurlow has enjoyed a set of successes following the show too, including her appearance on SAS: Who Dares Wins. Plus, she had ITVBe show What Camilla Did Next, which documented a return to Cambodia, where her job before Love Island was to destroy bombs in this war-torn area. A brilliant example of bossing it because of her talent, skill and Love Island being an excellent opportunity, of the ITVBe programme, Camilla said “I also hope the show will ask some questions about the role of modern feminism and how that fits into life as we know it now.”

As the Love Island 2019 launch date creeps closer, what we’d like to see this year is more empowered, successful females commanding their bodies, sexuality and brain, choosing the direction they want to take. See you at the villa…