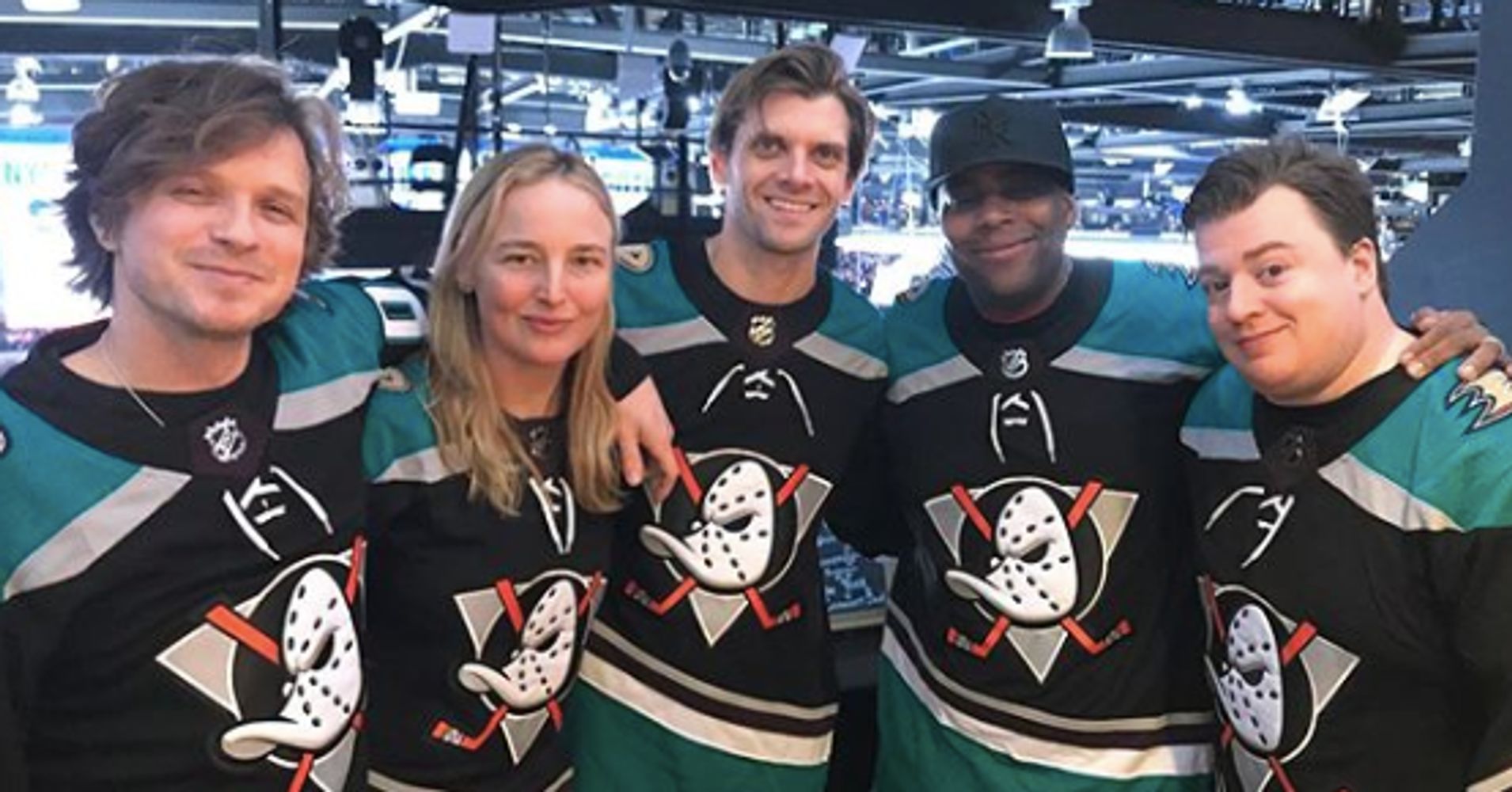 For movie fans nostalgic for 1990s-era kiddie sports comedies, everything is ducky.

As in “Mighty Ducks.”

This past weekend, some of the actors who starred in the 1992 film “The Mighty Ducks,” had a reunion at an arena in Long Island before the Anaheim Ducks played the host New York Islanders.

“Saturday Night Live” cast member Kenan Thompson, who starred in “D2, The Mighty Ducks” the 1994 sequel, also got in on the action which, naturally, was captured on social media:

On Sunday, actor Danny Tamberelli, one of the child actors in “The Mighty Ducks,” also posted a pic of himself wearing one of the Duck’s bright green jerseys with his name stitched on the back.

The Anaheim Ducks, which posted the first photo, were created by the Walt Disney Company after the first film’s release.