Milla Jovovich, 43, reveals she is pregnant with third child

Milla Jovovich, 43, reveals she is pregnant with her third child… two years after being forced to abort due to a very early labor

The 43-year-old actress took to Instagram on Wednesday to reveal she is expecting her third child with husband Paul W.S. Anderson – with whom she already has daughters Ever, 11, and Dashiel, four – and told her fans the tot will be another baby girl.

Posting a picture of her baby bump, Milla wrote: ‘Knocked up again. After I found out I was pregnant 13 weeks ago, I had a mixture of feelings ranging between complete joy and utter terror.’ 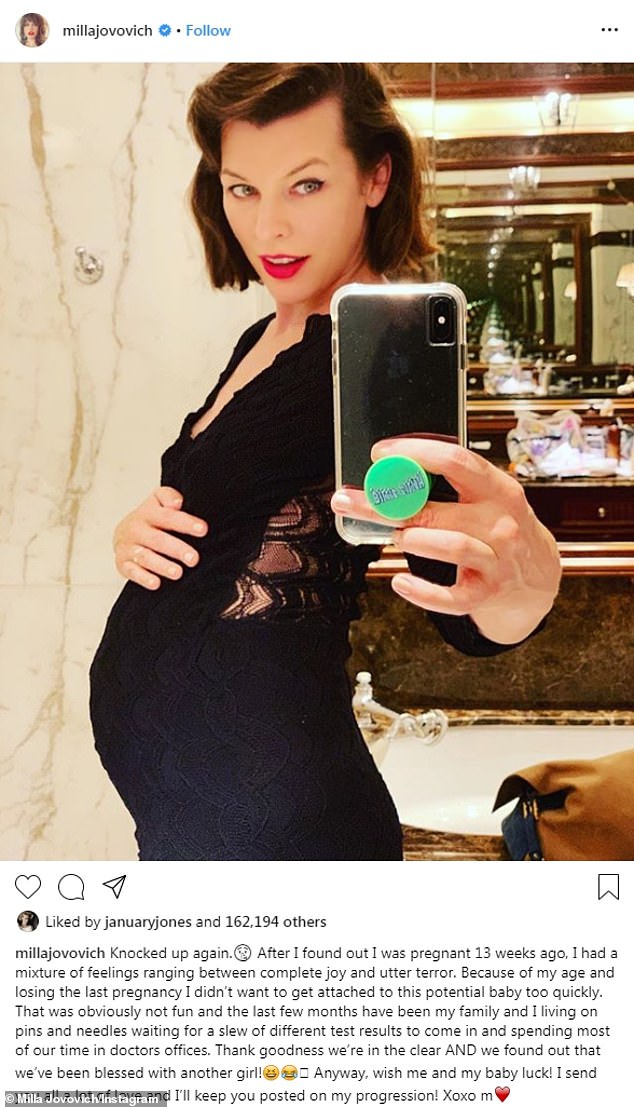 Good news: Milla Jovovich is pregnant. The 43-year-old actress took to Instagram on Wednesday to reveal she is expecting her third child with husband Paul W.S. Anderson – with whom she already has daughters Ever, 11, and Dashiel, four – and told her fans the tot will be another baby girl 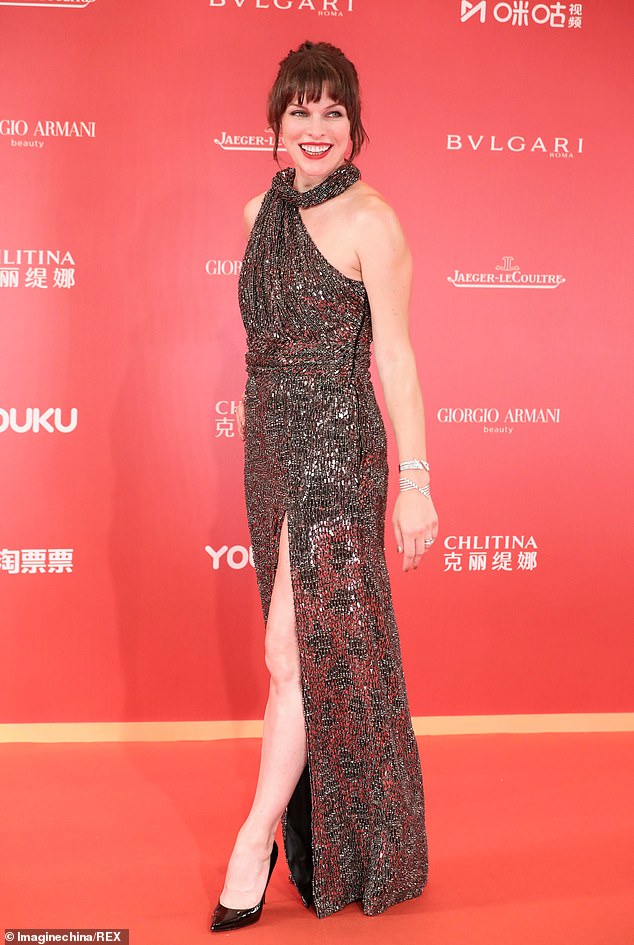 Tiny bump in June: The former model is seen here with a little tummy in China in late June

She added, ‘Because of my age and losing the last pregnancy I didn’t want to get attached to this potential baby too quickly.

‘That was obviously not fun and the last few months have been my family and I living on pins and needles waiting for a slew of different test results to come in and spending most of our time in doctors offices. Thank goodness we’re in the clear AND we found out that we’ve been blessed with another girl! Anyway, wish me and my baby luck! I send you all a lot of love and I’ll keep you posted on my progression! Xoxo m.’

The Resident Evil actress revealed in May this year she had undergone a ‘horrific’ abortion two years ago, after she went into early labour at just four months pregnant. 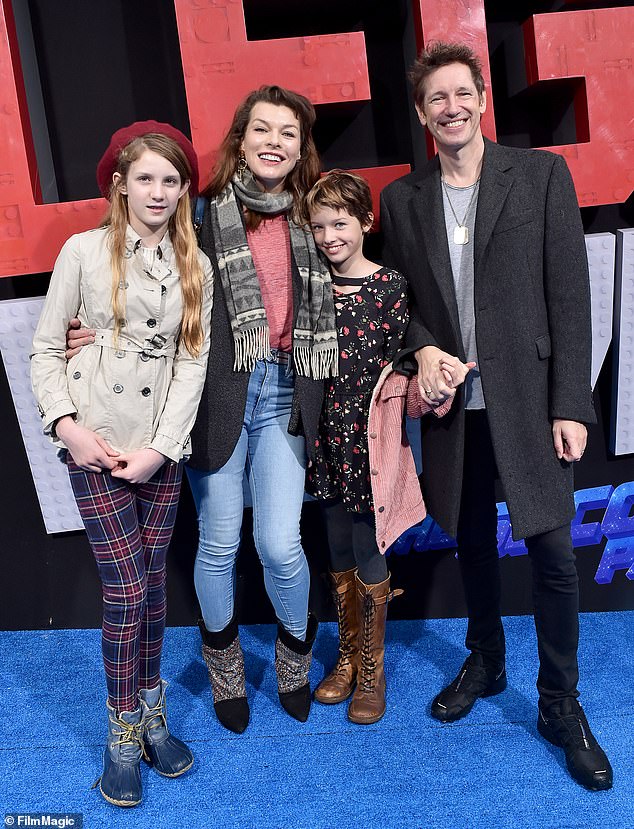 Her little ones: The star with Paul W. S. Anderson, daughter Ever Anderson and guest at The Lego Movie 2: The Second Part premiere in Westwood, California is February

Milla shared her experience in response to the bill that had been signed into law in Georgia, which outlawed abortions after six weeks, and wrote on Instagram: ‘I myself went through an emergency abortion 2 years ago. I was 4 1/2 months pregnant and shooting on location in Eastern Europe. I went into pre term labor and told that I had to be awake for the whole procedure.

‘It was one of the most horrific experiences I have ever gone through. I still have nightmares about it. I was alone and helpless. When I think about the fact that women might have to face abortions in even worse conditions than I did because of new laws, my stomach turns.

‘I spiraled into one of the worst depressions of my life and had to work extremely hard to find my way out. I took time off of my career. I isolated myself for months and had to keep a strong face for my two amazing kids. I started gardening, eating healthier and going to the gym everyday because I didn’t want to jump into taking anti depressants unless I had tried every other alternative.

‘Thank God I was able to find my way out of that personal hell without turning to medication, but the memory of what I went through and what I lost will be with me till the day I die.’ 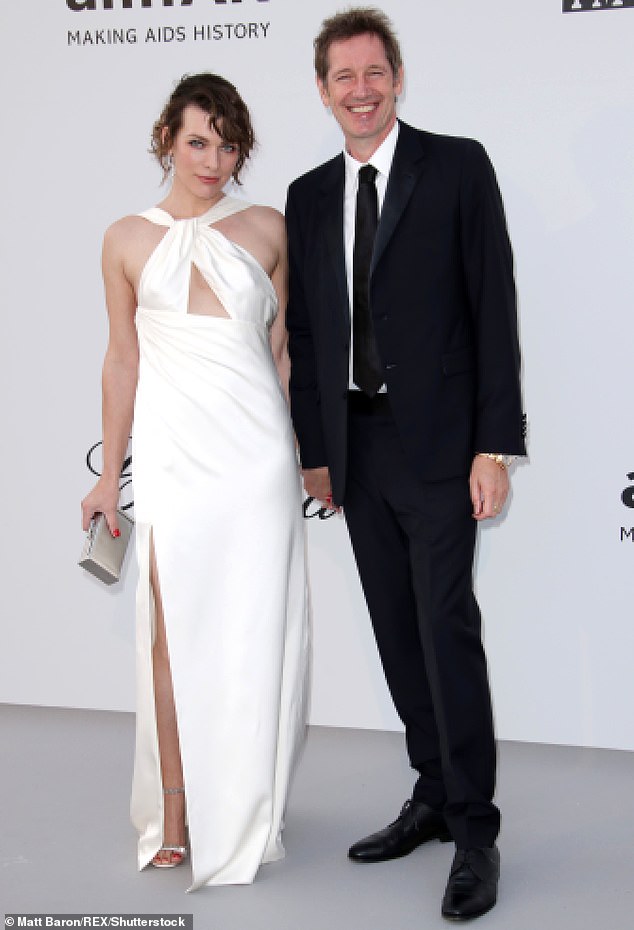 No bump here: The siren seen in a white gown with her husband in May in France