‘I met the love of my life’: Miranda Lambert announces she has secretly married NYPD police officer Brendan McLouglin… ‘three months after he welcomed a baby with another woman’

By Heather Waugh For Dailymail.com

Miranda Lambert has surprised her fans by announcing she is married.

The 35-year-old songstress shared the news on social media on Saturday.

‘In honor of Valentine’s Day I wanted to share some news. I met the love of my life. And we got hitched! My heart is full. Thank you Brendan Mcloughlin for loving me for…. me,’  she wrote. 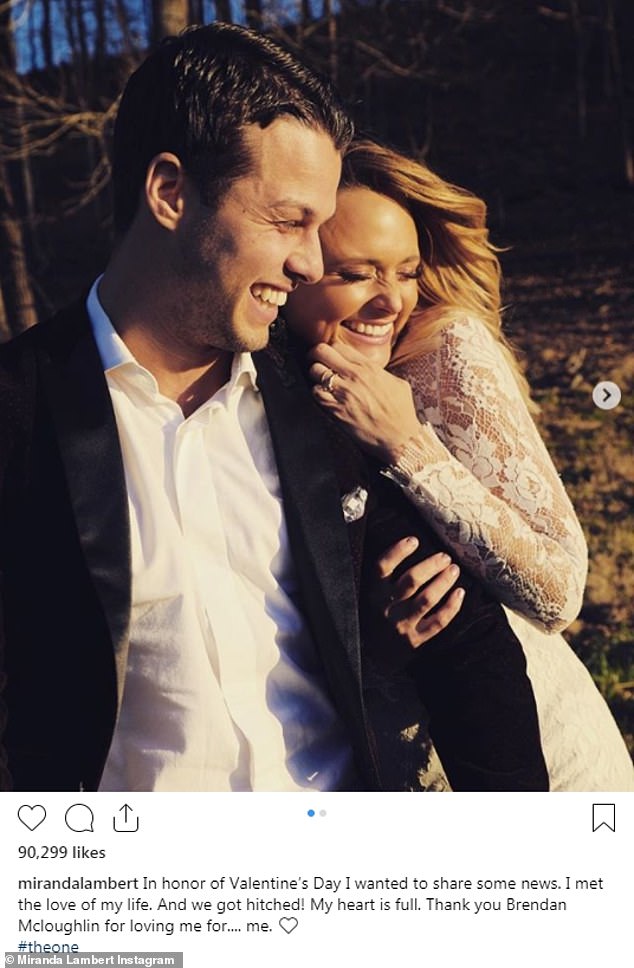 Tied the knot: Miranda Lambert has announced she is married to Brendan McLoughlin

The Tin Man hitmaker added the hashtag ‘the one’ along with a heart emoji.

A rep for the singer confirmed the news to PEOPLE who added that it happened ‘a while ago’.

She shared pictures from the big day showing her in a white lace gown and snuggling up to her new husband.

It’s unclear how long Miranda and Brendan have been together. 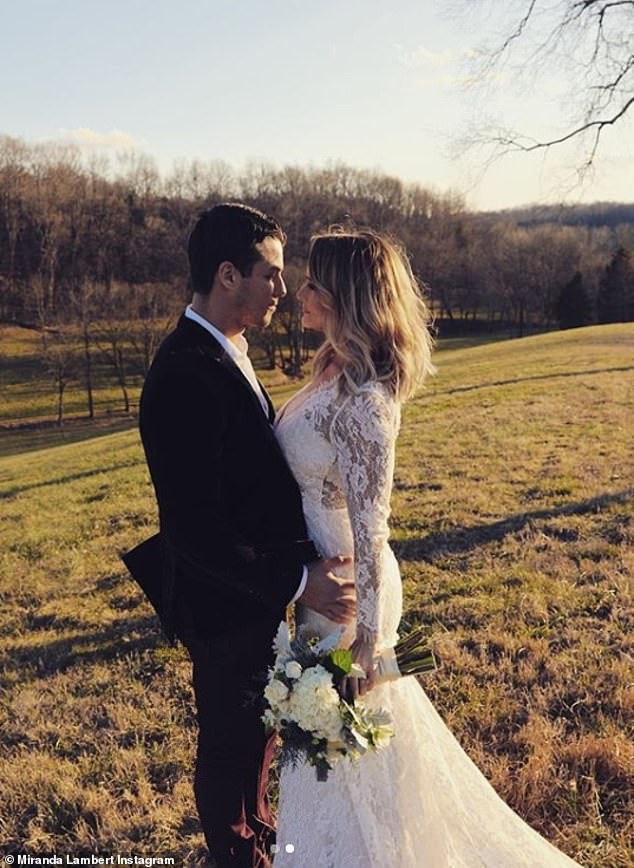 Blushing bride: Miranda shared a couple of photos from the big day showing her wearing a lace fishtail gown with her new beau

Brendan is a N.Y.P.D. Officer from Staten Island.

According to multiple comments posted on social media, he welcomed a baby from a previous relationship in November 2018.

He was also an aspiring model as he set up a profile on Model Mayhem that read: ‘My name is Brendan McLoughlin. I am 19 years old and live in New York. I am on this site to build my portfolio.’ 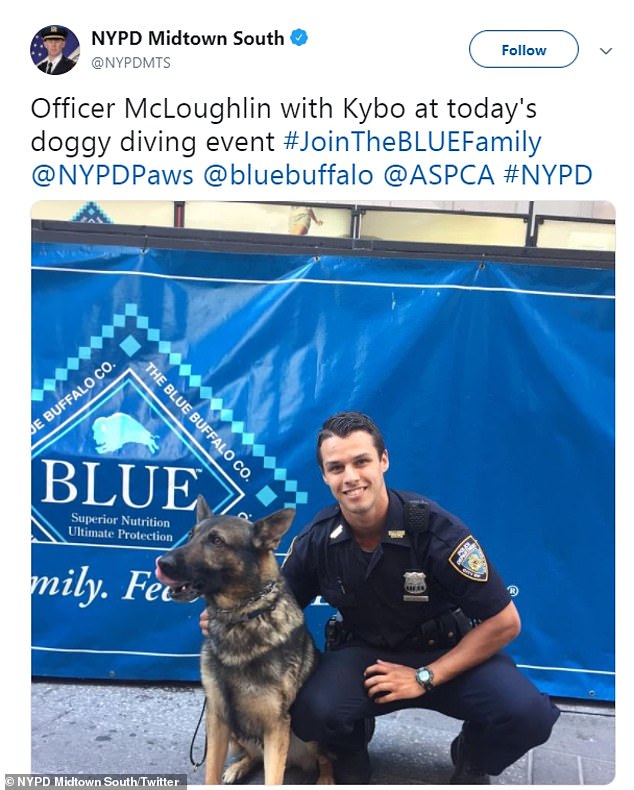 A man in uniform: Brendan is a N.Y.P.D. Officer from Staten Island

Last August, Miranda said she was ‘happily single’ following a short-lived romance with Evan Felker, the lead singer of the Turnpike Troubadours.

Lambert and Felker’s relationship took off after his band opened for three dates on her Livin’ Like Hippies tour in early February, according to People.

According to an insider, he served his wife with divorce papers just 15 days after meeting the We Should Be Friends singer in person for the first time.

Miranda and Felker split by August 2018. 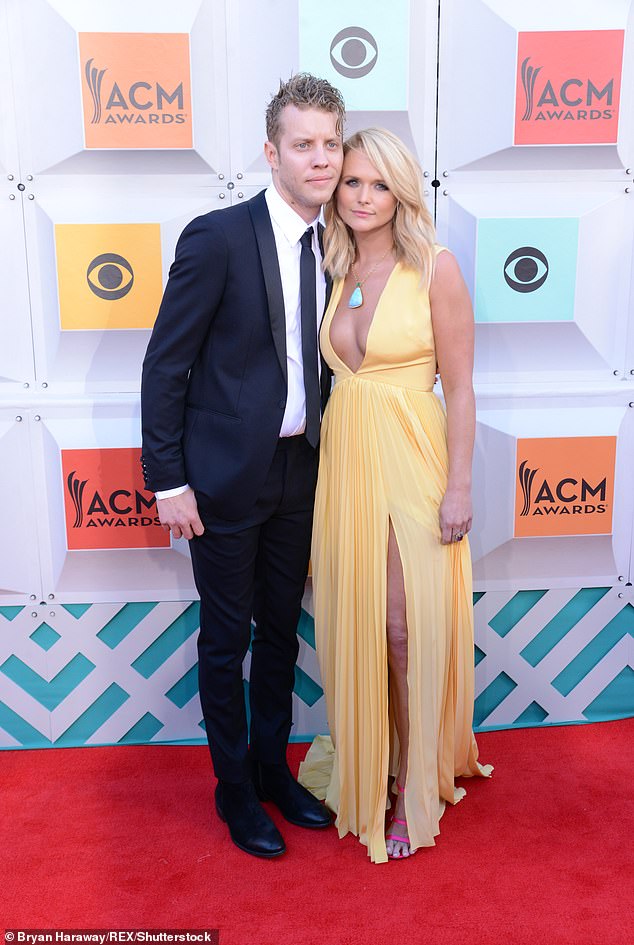 She released a feisty divorce track in October, which claims: ‘I don’t want to be a Mrs. on paper no more, I got my name changed back…’

Her 2016 album, The Weight Of These Wings, was an emotional journey about her split from husband Blake Shelton. 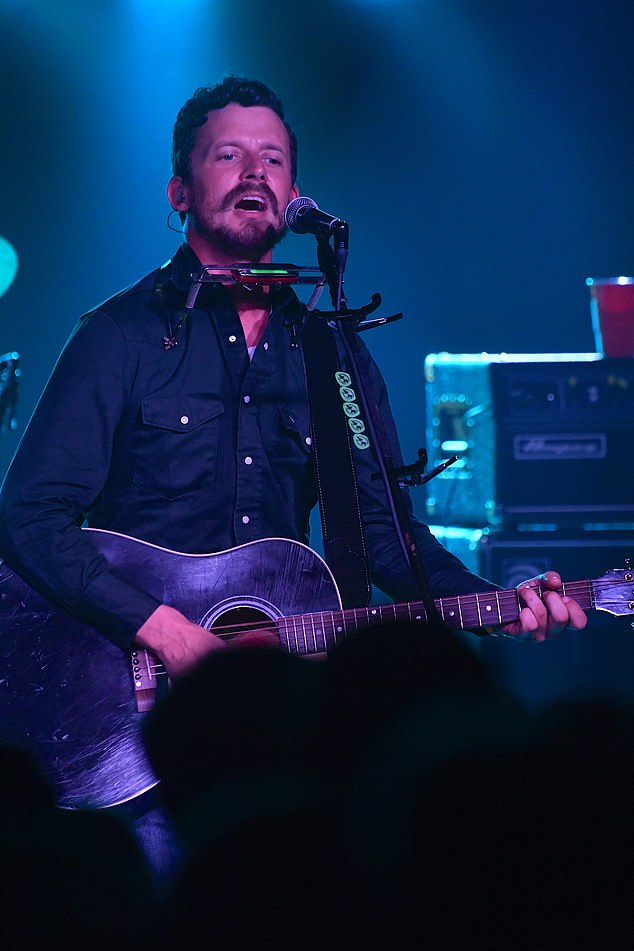 At the time she wouldn’t promote the record because she didn’t want to have to answer questions about her failed marriage and even hung up on a reporter who tried to get her to talk about her ex-husband’s new girlfriend.

‘When the music was out, people had listened, I got on the phone for the first interview,’ she said in an interview. ‘First question was, “How do you feel about Gwen [Stefani]?” I hung up.’

Miranda hit the headlines earlier this week after she was filmed having to be restrained during an argument in a Nashville steakhouse.

The singer reportedly dumped a bowl of salad over a woman’s head during a heated argument at the Stoney River Steakhouse.