NBC announced on Friday that Law & Order: SUV was renewed for a record-setting 21st season.

But one of the main castmembers over the past two seasons won’t be returning.

‘Sadly for me, Peter Stone and his “the facts don’t care about you’re feelings” attitude will not be returning,’ Philip Winchester tweeted after news broke of the renewal.

‘A huge tip of the hat to my amazing fans and not so big of fans. You ALL make me work harder. Thank you! See you on the next adventure.’ 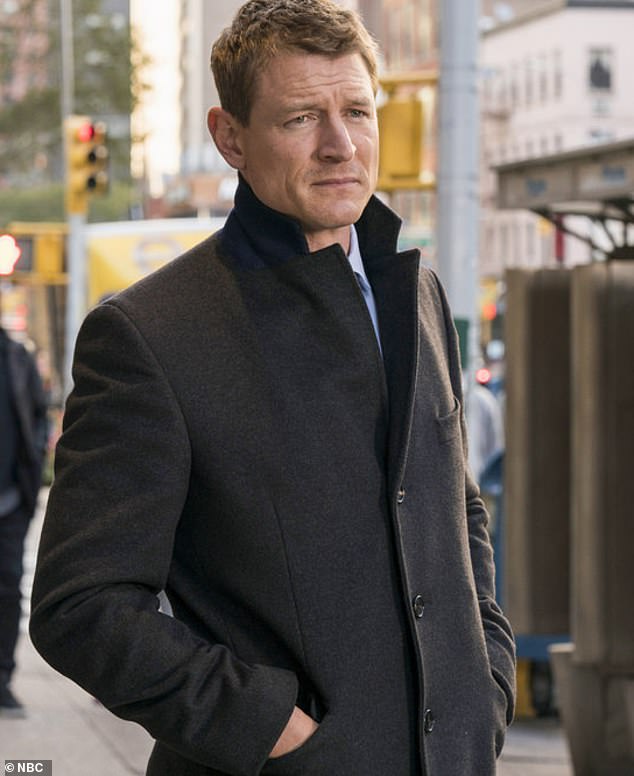 The Montana native followed up with another tweet to give thanks to everyone involved in the long-running show.

‘I want to congratulate the cast and crew of @nbcsvu for making history today.

‘Also to thank everyone for two great seasons. I have learned much and enjoyed being part of an elite unit. Here’s to you all and a historic run!’ 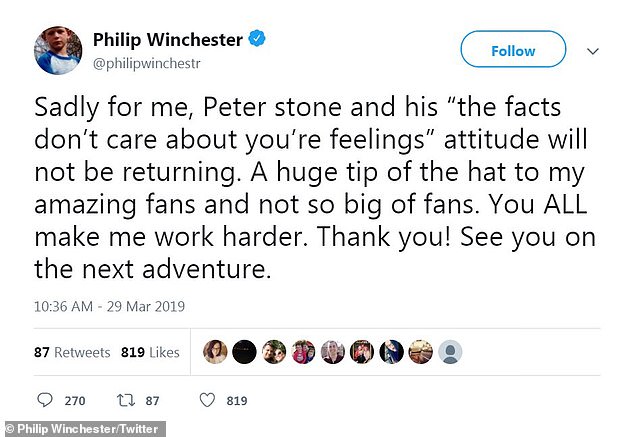 Fan appreciation: The actor made the announcement of his departure via Twitter 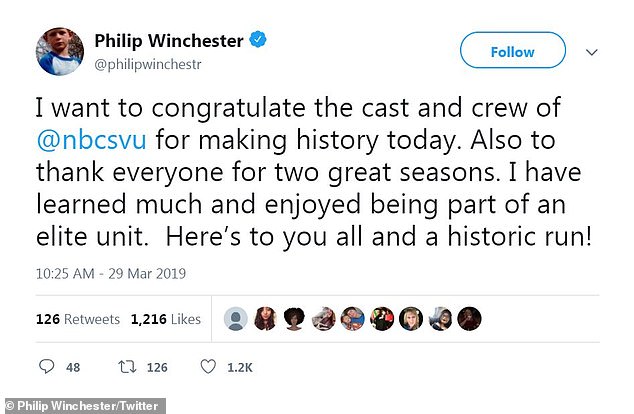 Classy: Winchester also thanked everyone involved in the show

The upcoming 21st season of Law & Order: SVU will make it the longest-running primetime live-action series in TV history, surpassing the previous record of 20 seasons set by the original series Law & Order.

With the renewal, lead actress Mariska Hargitay’s role as Lt. Olivia Benson also set a new record as the longest-running character in a primetime live-action series. 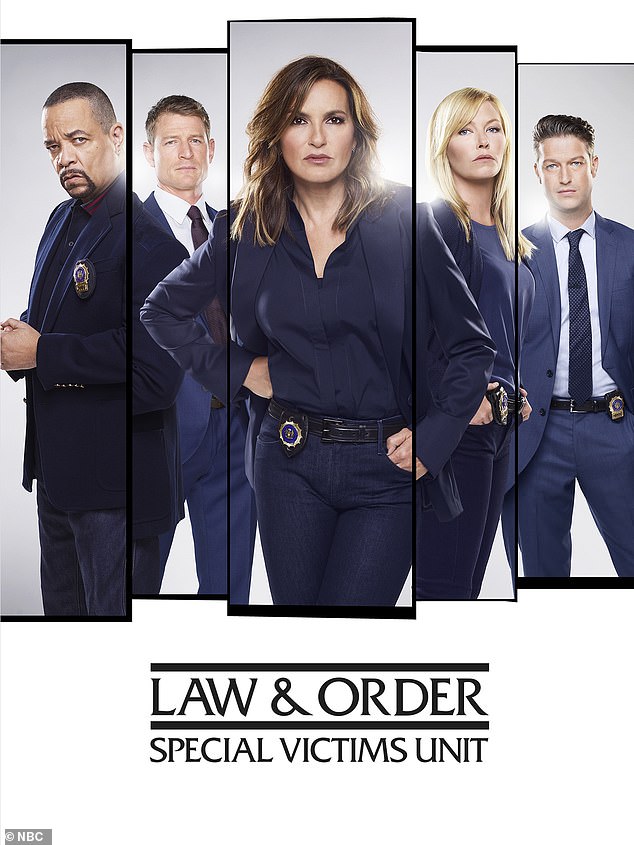 Initially Winchester’s Stone was a guest character in the backdoor pilot in the third season of Chicago P.D.

Following the success of his character, he was cast in Chicago Justice, which was a spinoff of Chicago P.D., and he made a guest appearance in Chicago Med before taking the character to Law & Order: Special Victims Unit. 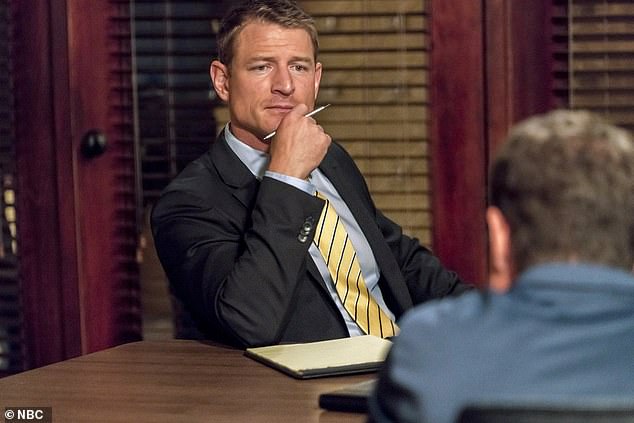